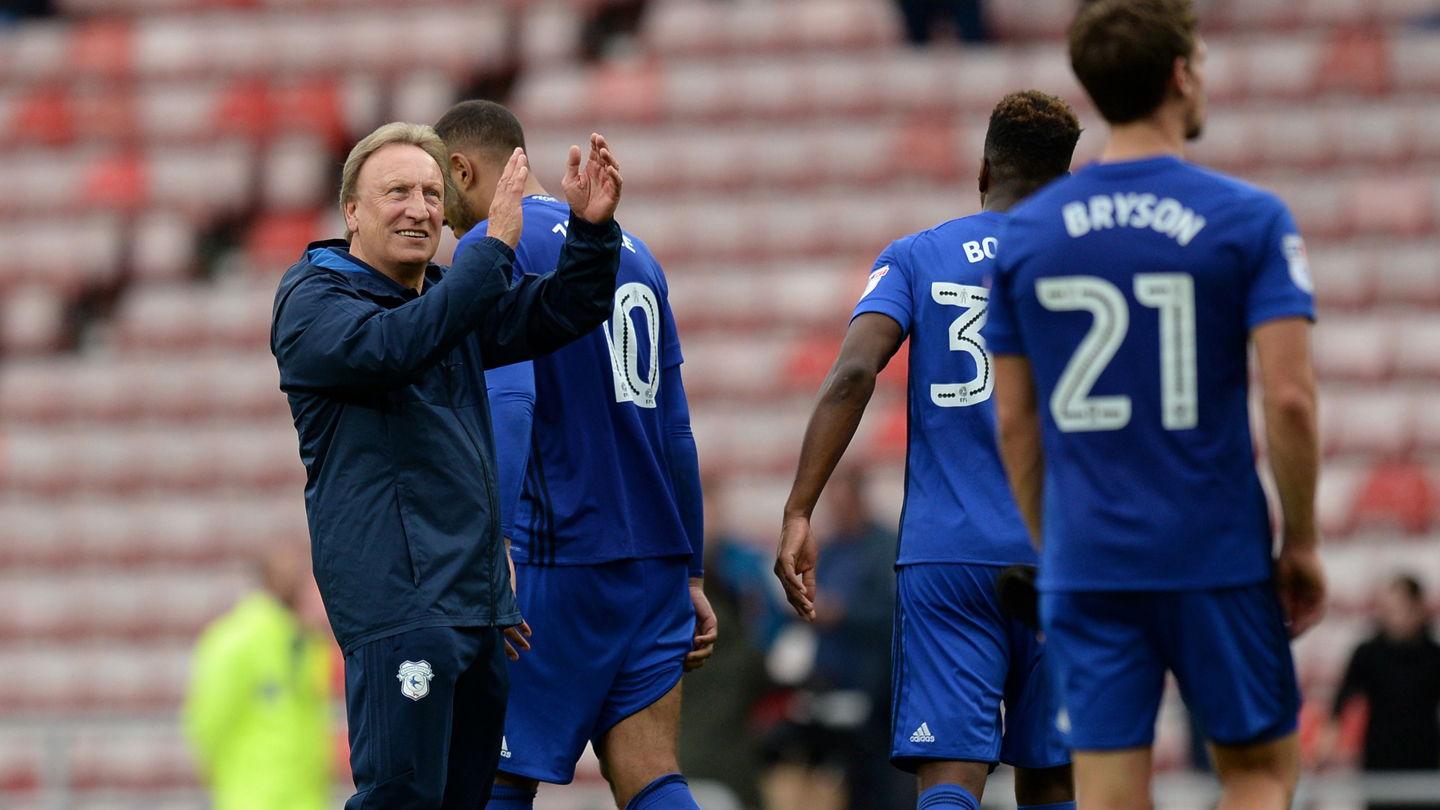 Warnock: “I Thought We Deserved It”

The Bluebirds secured an important three points against Sunderland on Saturday afternoon and the Gaffer addressed the press and media following the 2-1 victory.

“Today was back to normal," Warnock began. "I thought we deserved it even though we gave a goal away and gave them a lift, but I thought we got stronger after their equaliser.

“We should have put the game to bed in the first half an hour but we didn’t and I thought it was a good game – there was plenty of excitement and the crowd did their best to help the home side as well.

“I thought we did well. We didn’t have any clear cut chances. If anything I think we could have been a little bit more clinical on the break and punish them but it wasn’t to be. We still worked very, very hard as a unit and that’s what you need to do at places like this.

“They’re going to win soon – when you hear that they haven’t won for 10 games or something like that you don’t want to be that first victory for them.

“I was really pleased for our lads and the crowd at the back who made themselves heard - even though they may have needed binoculars to see the game!”

Craig Bryson scored his first goal in Cardiff City colours and Warnock was impressed with the way the Scottish midfielder has slotted into the squad.

“We brought him over because he’s such an enthusiastic player and that rubs off on everybody. He’s not short of ability either. It’s just his desire and will - he fitted in straight away apart from the fact I can’t understand a word he says. He’s done ever so well."

Both sides were awarded penalty kicks during a competitive match.

“I thought we were unlucky not to get one in the first half," Neil added. "I thought Sean Morrison got mauled in the first half and we didn’t get that one. Credit to the referee, he got in the right positions and it’s a certain penalty for me and I think theirs was a penalty as well.”