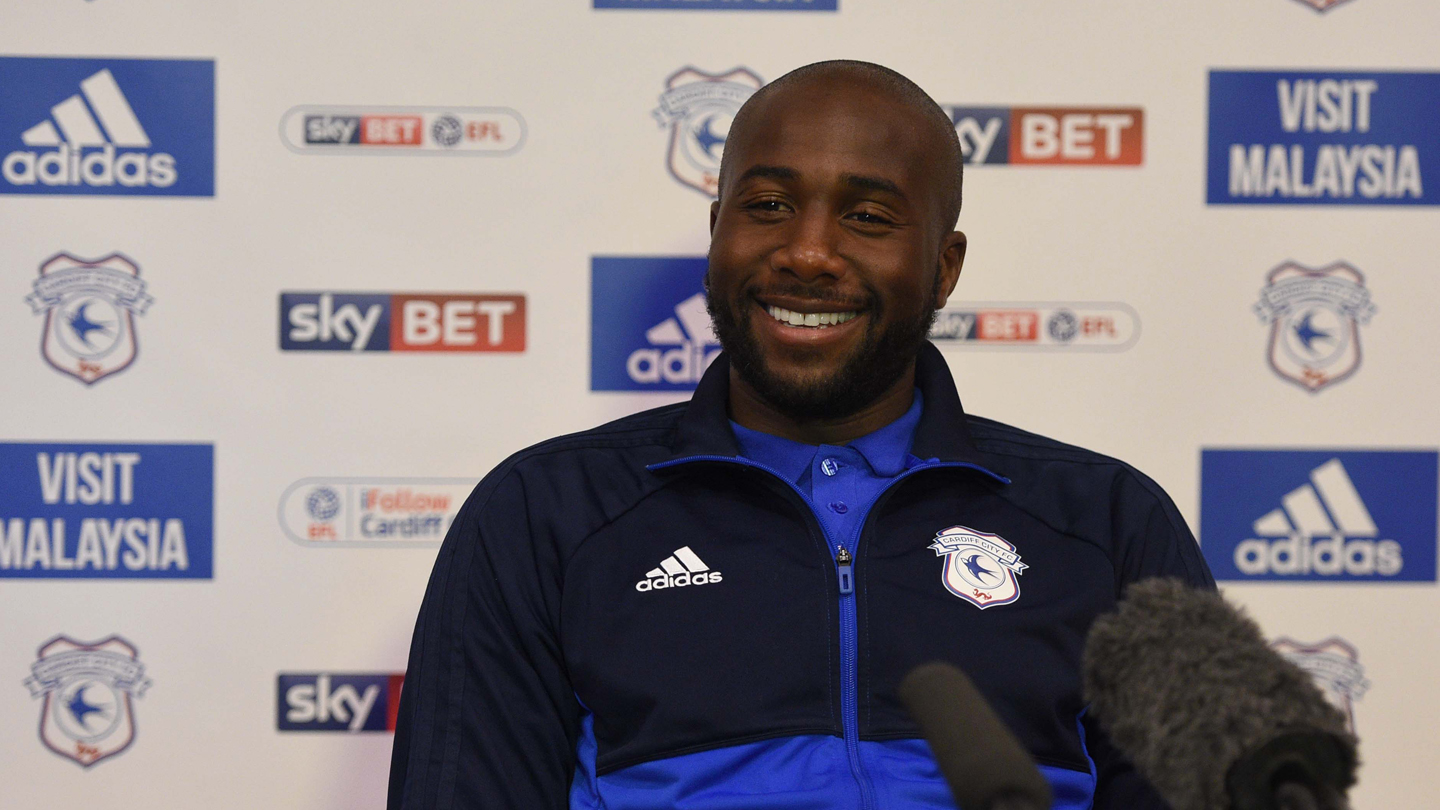 Bamba: It's about mentality

Sol Bamba stepped up to address the press & media on Friday morning at the Vale Resort, stating that it’s all about mentality at this stage of the season.

The Bluebirds travel to Norwich City on Saturday, looking to re-establish themselves in second place with current incumbents Fulham kicking off later in the day against Brentford.

As one of the senior voices in the squad, Sol was subsequently praised by manager Neil Warnock for being part of a collective within the dressing room that is taking the promotion challenge head-on and rallying those around them.

“The last two results haven’t been great, but that’s football,” said Sol. “We need to bounce back and a great team is determined by how it reacts. That’s what we’re looking to do at Norwich.

“If we’d been playing poorly then I’d understand panic, but that hasn’t been the case. There’s nothing to worry about, we’re still in a great position. It’s still in our hands, so there’s no reason to panic at all.

“If we win the last five games, we go up automatically: it’s as simple as that. We’re more than capable of doing that as we’ve proven already this season.

A message iterated by both Sol and his manager was that of being mentally strong between now and the end of the season.

Indeed, the defender believes that it’s the most critical thing of all in the Bluebirds quest for automatic promotion: it’s a message that, seemingly, is coming from the manager and permeating around the dressing.

“The Gaffer has seen it all before and I think that’s a real positive for us,” Sol stated.

“He’s saying what I’m saying; there’s no reason to panic and if we were offered this position at the start of the season we would have taken it. It’s important to remember that and stay focussed.

“We haven’t done a lot wrong, as I say. The last two results haven’t been what we’ve wanted but we played at a good level and gave everything.

“It’s business as usual for us though. At this stage of the season it’s about mentality and showing character. We have to do the right things at the right time and hold our nerve.

“The togetherness in this squad is key to that. We speak the truth to each other, good or bad. Everything is positive in the squad and we’ll keep going.”