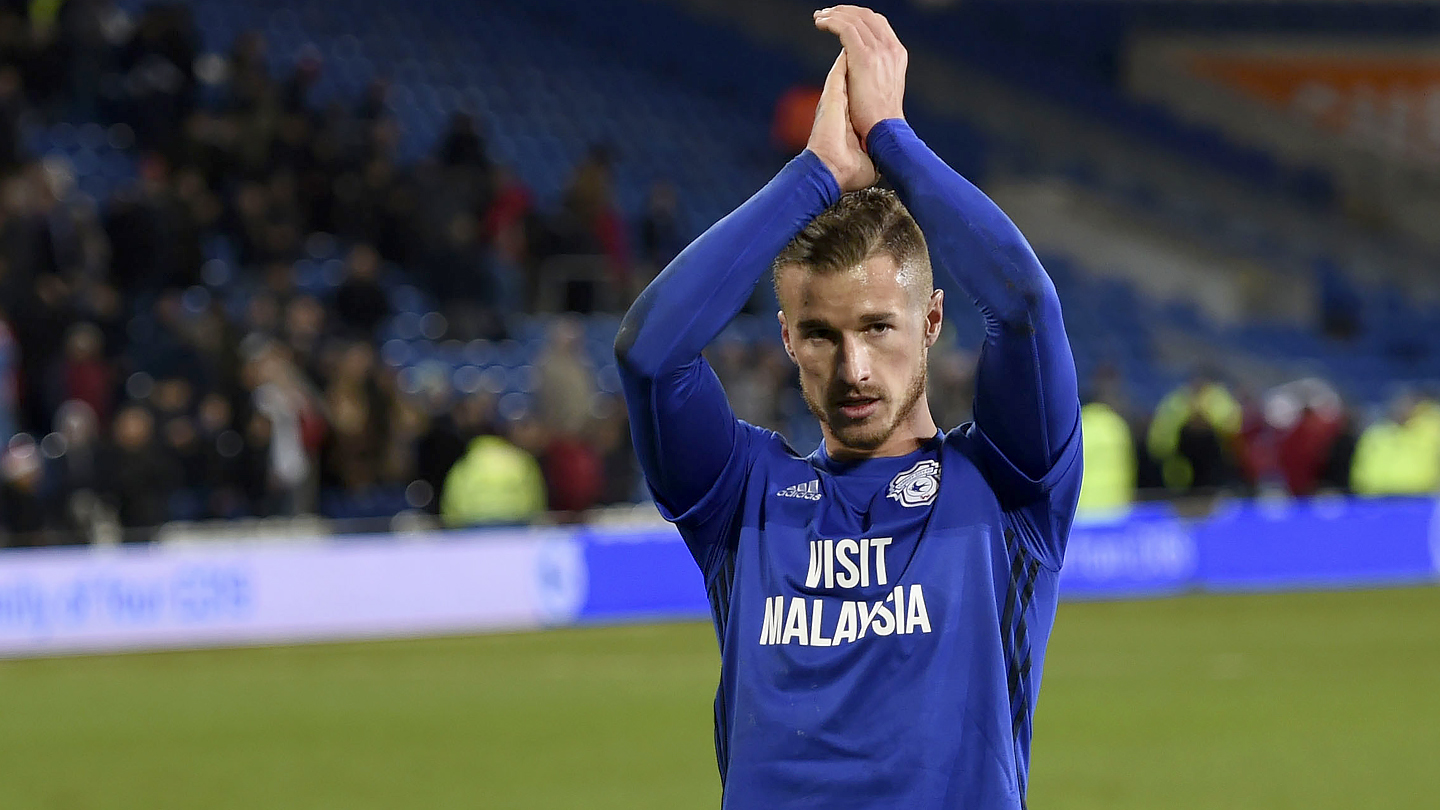 Bennett: Fans have been key to our season

The defender, who’s made 39 appearances this season, was part of the City team that beat the Tigers 1-0 back in December: Sol Bamba the scorer of the only goal that day.

And ahead of the clash at the KCOM Stadium this weekend, Joe said how Bluebirds supporters had played a crucial part in the season thus far – and will continue to do so over these next two games.

“Our fans have been great all season, travelling all over the country to support us,” he began.

“It gives you a lift when you see them in the corner at an away ground. They’ve been key to our season and now it’s all about sticking together, staying positive and I’m sure we can do it.

“Hopefully we’ll be able to give them something to shout about.”

The Bluebirds are a point ahead of third-place Fulham, who play Sunderland on Friday evening in West London.

But irrespective of the Cottagers’ efforts, the Bluebirds know that by winning their next two fixtures it is they who will join Wolves in securing one of the Championship’s two automatic promotion spots.

“We’ve got two Cup Finals to play now,” Joe continued. “All the lads are feeling positive and I think if you offered any of us [the chance] to be a point in front of third place with two games to play at the start of the season, then we would have taken it. We’re going into the game on Saturday with positivity and looking to get that win.

“We’ve not lost two games on the bounce too often this season; when we’ve lost games, we’ve tended to bounce back. If we play like we did in the first half the other night, then we can get the result on the weekend.

“We’re just focussing on ourselves and if we win two games we’re up. Concentration will be key.”