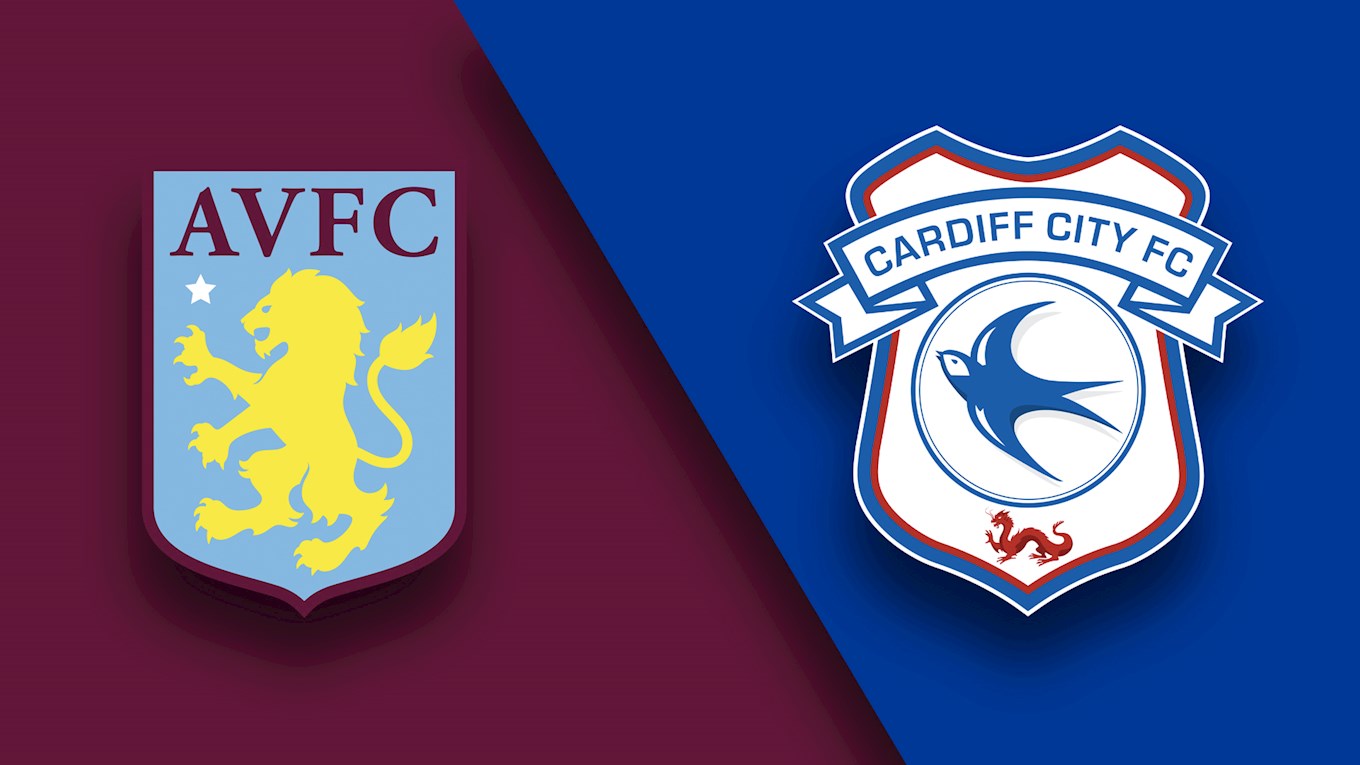 Cardiff City travel to face Aston Villa on Tuesday evening in the first of consecutive away trips...

Steve Bruce’s side return to Villa Park following their 3-1 defeat to Norwich City at Carrow Road on Saturday afternoon. That result saw them remain in fourth, seven points behind the Bluebirds.

What to expect from the Villans…

A 3-1 win over Reading at the beginning of this month is Villa's only win from their last five outings. Consecutive defeats at the hands of QPR and Bolton Wanderers, along with a stalemate at Hull City, made for a disappointing end to March for Bruce's troops.

However, that form would have come as some surprise for the Villa faithful, with victories over Sheffield United, Bristol City and Wolves since the turn of the year - plus a Second City Derby win - all showing their appetite for a big game.

Winger Albert Adomah currently sits at the top of the Villa goal scoring charts with 15 strikes to his name - five more than his closest teammate, Conor Hourihane. The Ghanaian international's form on the flanks saw him named in the EFL's Championship Team of the Season, alongside Villa centre-half John Terry.

Robert Snodgrass has been another standout performer this season, finding the net on seven occasions. The West Ham loanee has also racked up an impressive 14 assists – the joint highest total in the league.

Widely regarded as one of the finest English players never to receive an international cap, Bruce won 12 trophies over almost a decade with Manchester United in his playing days, becoming the first English player to captain a side to the League and FA Cup Double in the 20th century.

This summer will see Bruce mark 20 years in the dugout, having first taken the reins as player-manager of Sheffield United in the 1998/99 season. Now in his ninth managerial job, the 57-year-old has been promoted to the Premier League on four occasions - leading Villa's rivals Birmingham City to promotion twice (2002 & 2007), before repeating the trick with Hull City (2013 & 2016), who he also led to the 2014 FA Cup Final.

Aston Villa were City's first opponents as a professional Club on 1st September, 1910, as they were welcomed for a friendly match to mark the opening of the newly-built Ninian Park. Lord Ninian Chrichton-Stuart ceremoniously kicked off - famously wearing a bowler hat - before the Villans recorded a 2-1 victory.

That was City's second consecutive victory over Villa, with Joe Ralls settling a tight encounter at CCS in January 2017.

Current City no. 3, Joe Bennett, spent four years on the books of the West Midlands side, making 38 appearances in all competitions, in between loan spells at Brighton, Bournemouth and Sheffield Wednesday.

Peter Whittingham began his professional career with Aston Villa, making over fifty appearances between 2003-2007. He then moved directly from Villa Park to Ninian Park, going on to score 96 goals - and provide 91 assists - in 457 appearances in a City shirt.

Other players to wear the colours of both sides include Gerry Hitchens, Riccardo Scimeca, Rudy Gestede, James Collins and Ross McCormack.