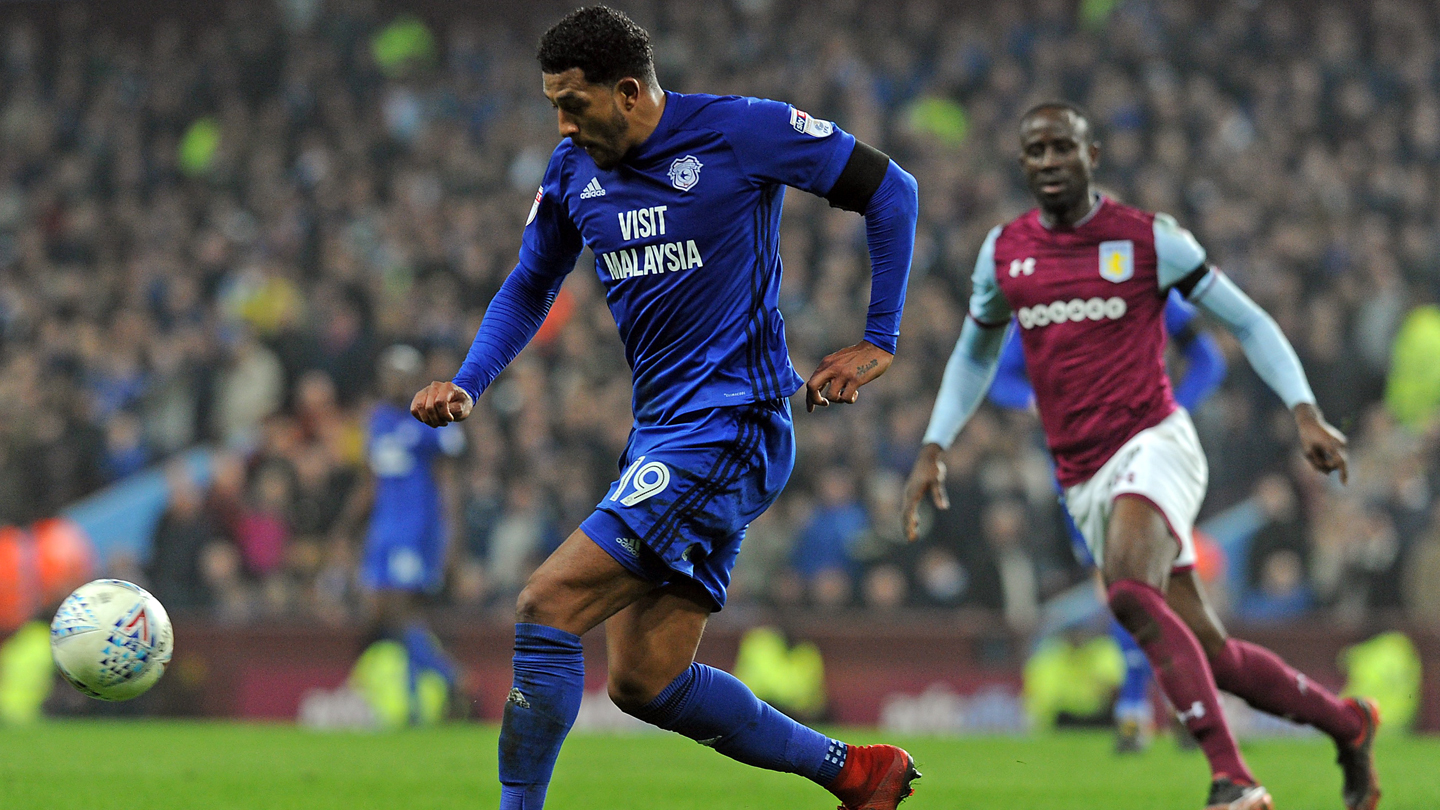 Cardiff City slipped to an unfortunate defeat to Aston Villa despite a strong away performance at Villa Park.

Having soaked up the hosts’ pressure in the first-half, the Bluebirds had the better of the opportunities, striking the woodwork and testing Sam Johnstone on a number of occasions.

But Jack Grealish's volley five minutes from time settled the encounter in the home side's favour.

Neil Warnock made two changes for the game as Marko Grujić and Nathaniel Mendez-Laing returned to the starting line-up.

Lewis Grabban had the first opportunity of the match, hitting the side netting from close range with just two minutes on the clock.

While Villa racked up plenty of first-half possession, City almost opened the scoring as Kenneth Zohore fed Mendez-Laing, who burst through on goal before seeing his effort rebound off the post.

The Bluebirds were then twice unlucky not to take the lead on the stroke of half-time, as Villa scrambled clear Sean Morrison’s effort in added time, before Callum Paterson’s fierce drive was parried away by Johnstone.

After the break, Grabban again had the first sight of goal, but this time headed comfortably wide of Neil Etheridge’s goal.

Villa’s best chance of the second period fell to Conor Hourihane, as he latched onto Grabban’s superb pass, but side-footed the ball past the post.

Johnstone was by far the busier ‘keeper as he then had to react quickly to keep Zohore off the score sheet.

The Bluebirds then turned to Gary Madine off the bench, and another big chance followed, as Junior Hoilett found Mendez-Laing. The winger cut inside superbly before his rasping effort was again kept out by Johnstone.

The game’s decisive moment came five minutes from time as Grealish’s volley from just outside the box found the back of the net via the inside of the post.

While City fought valiantly for a response, Paterson’s late header flew agonisingly over the bar, with the Bluebirds unable to draw level.