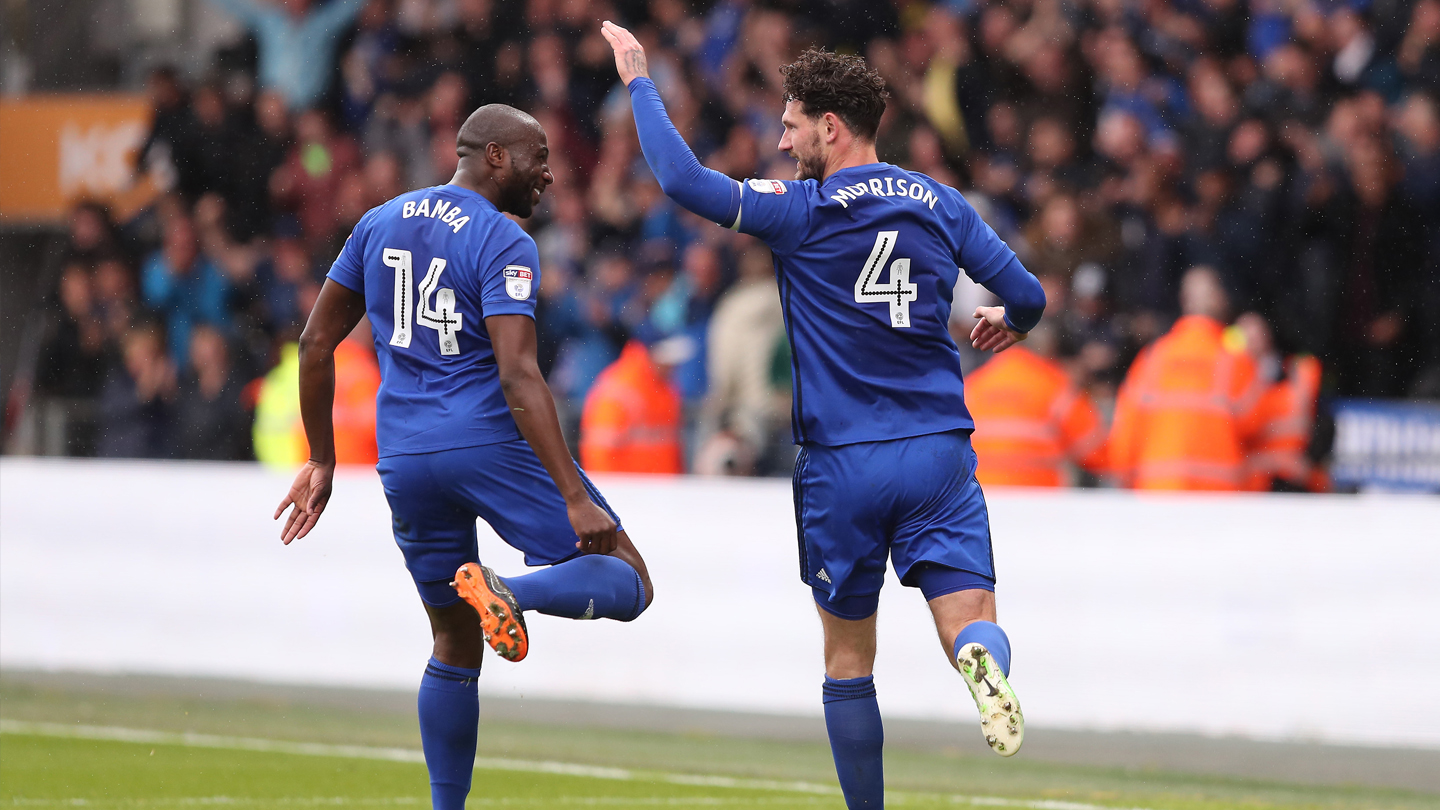 Cardiff City secured a hugely significant win away at Hull City to reclaim their second-place position going into the final weekend of the Sky Bet Championship season.

City skipper, Sean Morrison, led by example at the KCOM Stadium. His brace - the second of which a stunning effort on the counter - confirmed a deserved 2-0 victory for Neil Warnock's men.

Warnock had named three changes to his side for the crucial contest, with Lee Peltier, Nathaniel Mendez-Laing and Kenneth Zohore all coming into the starting eleven.

Mendez-Laing was first to make an impact, showing attacking intent from the offset to knock the ball past Stephen Kingsley and break clear, resulting in a yellow card for the full-back's cynical challenge.

City were then forced into an early change as Aron Gunnarsson was forced off through injury, with Marko Grujić the man to replace him.

Former Bluebird Fraizer Campbell looked certain to turn home an opener soon after, only for a sensational block from Sol Bamba to keep things level.

While Grujić and Kamil Grosicki both saw long-range efforts drift wide for either side, City's breakthrough came just after the half-hour mark.

Following some positive attacking play, the Bluebirds won a corner kick on the right that Joe Ralls lined up to swing in. His superb delivery found Sean Morrison, who powered home a trademark header from close range.

City came extremely close to doubling their lead just after the interval, as Callum Paterson's header was kept out by Allan McGregor, before Hoilett later saw a rasping effort strike the side-netting.

But Warnock's men had to count upon Lee Peltier at the other end, as the full-back tracked Grosicki impeccably, before blocking his goalbound effort in the box.

With ten minutes remaining, the Bluebirds took a huge step to victory - adding their second in sensational style.

Following a home corner, Mendez-Laing broke down the pitch at pace and looked up for support. He switched the play in the box to the marauding Morrison, who showed incredible composure to Cruyff-turn and curl home left-footed in front of the jubilant travelling support.

The battling Bluebirds saw out the remainder of the game resolutely, leaving them second in the Sky Bet Championship table ahead of their final-day meeting with Reading at CCS on Sunday, 6th May.