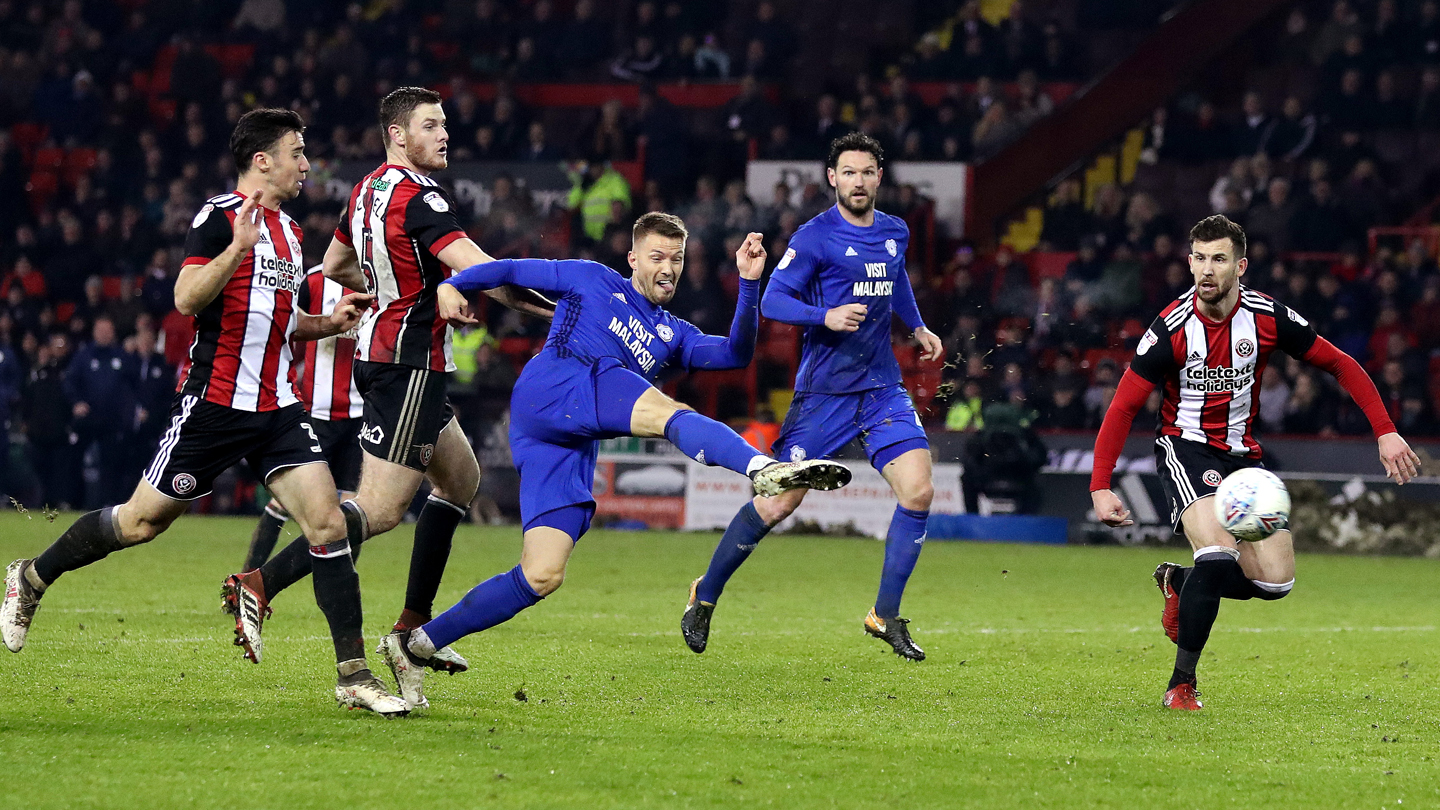 A last-ditch Anthony Pilkington volley secured a point for Cardiff City away at Sheffield United on Easter Monday.

Leon Clarke's deflected first-half strike seemed to have consigned the Bluebirds to a first defeat in 13 Sky Bet Championship games.

But Pilkington popped up in additional time with a clinical volley to open up an eight-point gap above third place.

The hosts were out of the traps quickly at Bramall Lane, and Neil Etheridge was on hand to stop John Lundstram’s early header.

The Blades took the lead in fortunate circumstances just before the half-hour mark, as Leon Clarke’s effort took a cruel deflection to find the bottom corner.

Looking for a response against his boyhood side, Neil Warnock turned to Gary Madine on the Bluebirds bench, with the forward replacing Nathaniel Mendez-Laing at the interval.

That response soon came, as Aron Gunnarsson and Zohore were both unlucky not to level the scores.

Chris Wilder’s men did have further chances of their own in the second-half. Etheridge came off his line superbly to thwart Lee Evans when the Welshman broke through, before substitute Clayton Donaldson later struck the woodwork.

But the Bluebirds showed their spirit to strike back in added time. Having committed men forward in search of a leveller, the ball fell to the newly-introduced Pilkington, who struck his volley sweetly into the bottom corner.

The draw saw City unable to equal a Club-record nine consecutive victories; however, the Bluebirds faithful would travel back down to South Wales in high spirits as Warnock’s men stretched their unbeaten run to 13 Sky Bet Championship games.