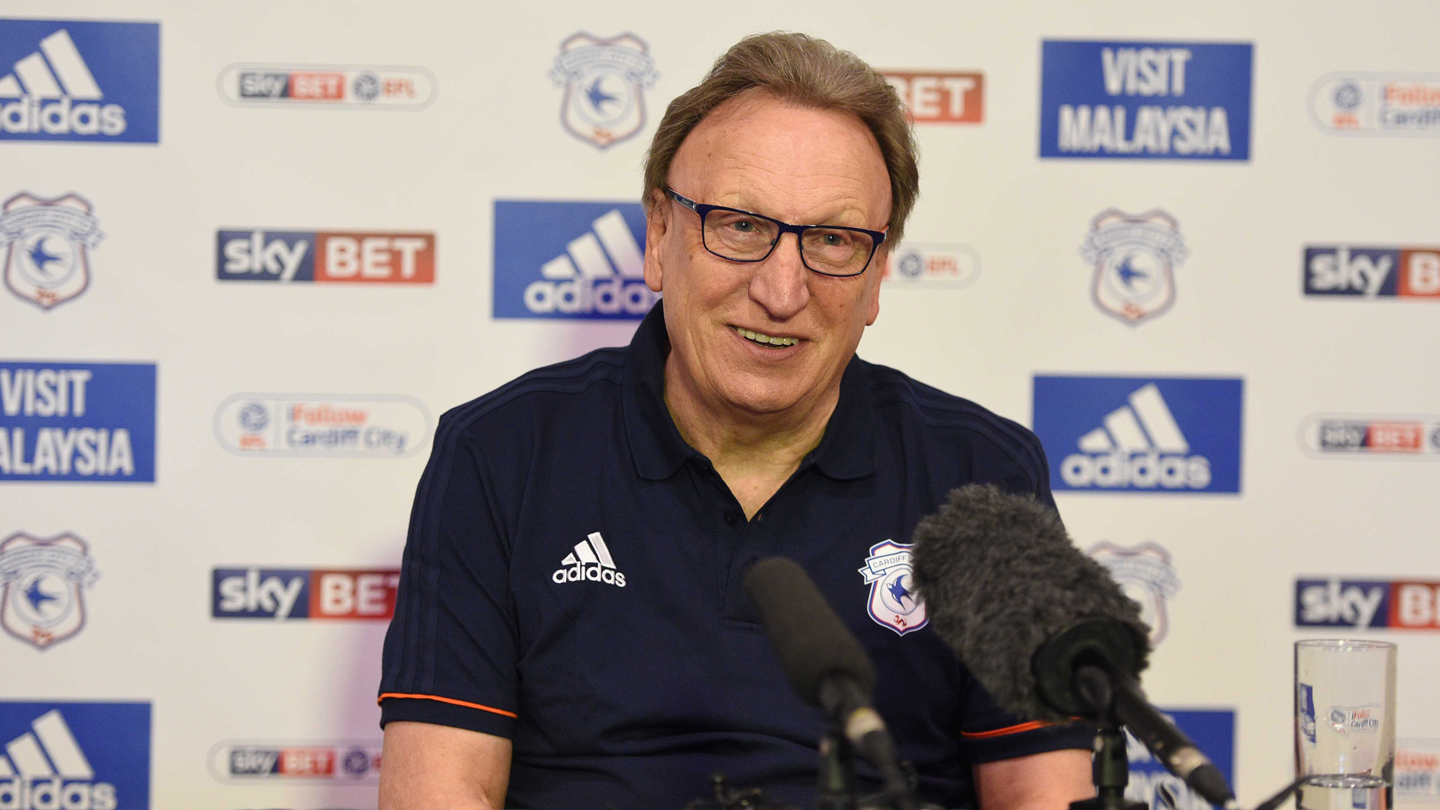 Warnock: Good teams get up and go again

Neil Warnock spoke of the “exciting path” that his Bluebirds are on ahead of Saturday’s trip to Norwich, knowing that the quest for automatic promotion remains very much in their hands.

Despite sitting thirteenth in the Sky Bet Championship and seemingly with nothing to play for, the Manager said that his side were in no doubt as to the challenge that lies ahead at Carrow Road – but that they travel to East Anglia with confidence.

"We've got to revel in these last few weeks, not fear it,” Neil stated. “We've got to walk through those doors and have a right good go and not worry about what's behind us.

"Let's enjoy the ride. Enjoy the moment and think where we've come from in the last 18 months.

"If you're not down after a game like Wolves, there's something wrong with you. The dressing room wasn't great after that - but one or two of the senior lads were very, very good after the Villa game. They got up and said a few words before I did. That's why we've got such a close-knit group."

City saw off Norwich by three goals to one earlier in the season, with goals that day coming from Joe Ralls, Junior Hoilett and Omar Bogle.

And though the victory was comfortable in the end, the Canaries put up a stern battle back in December - as Neil predicts they will on Saturday afternoon.

He added: "Norwich are capable of beating anybody. It's a great stadium and it will be a good crowd. We've just got to go down there and enjoy it.

“We know we’re a good team and good teams get up and go again. We've been kicked in the teeth twice, haven't we? They can’t give me any more, but they have to be more clinical.

"We didn’t expect to be here, so we must relish it now."