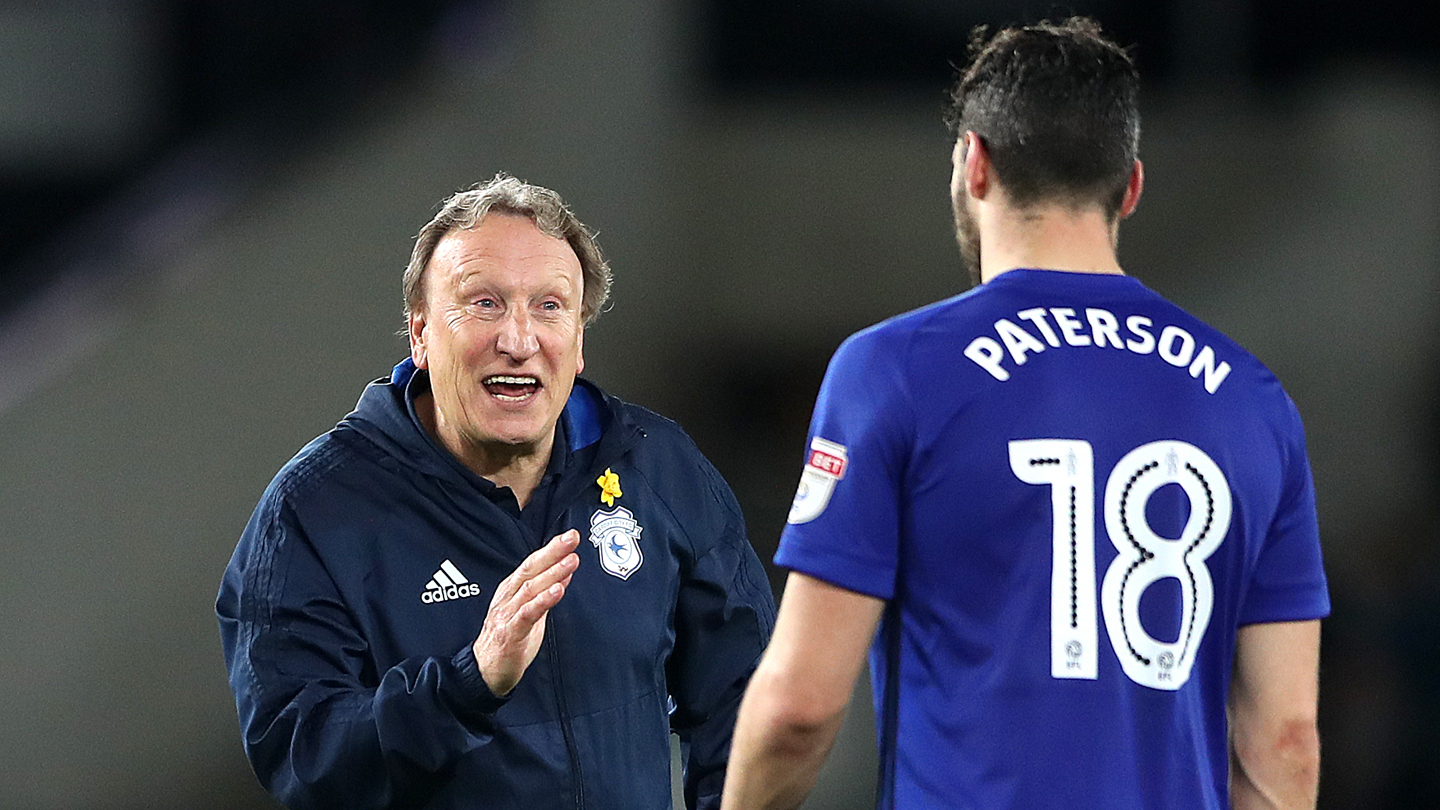 Warnock: We've got to regroup and show what we're made of

Neil Warnock spoke to the press and media following Tuesday evening’s disappointment at Derby County, reflecting on missed opportunities but highlighting how City’s destiny remains in their own grasp.

The Bluebirds will need to match or better Fulham’s remaining two results to be assured of the second automatic promotion spot, with a trip to Hull City first on the agenda.

And whilst the 3-1 defeat at Pride Park would have been a bitter pill to swallow, the Gaffer remained confident that his over-achieving squad still had enough to see the job through without going into the lottery of the Play-Offs.

“We’re just disappointed tonight really,” said the Gaffer in the aftermath of the game. “I think we’ve done ever so well; we could have gone 2-0 up and then conceded at the wrong time really.

"You can’t tell me it wasn’t a handball [inside the penalty area in first half] either and we felt [Anthony] Pilkington was nudged on his way through at 1-1.

“We could have won the game, haven’t, and now have to go and win at Hull and then again at home to Reading.”

The Bluebirds are just one point behind the 87-point mark that saw them promoted to the Premier League as champions back in 2013.

It’s a statistic that can’t be ignored when putting into context how good a campaign Warnock’s Bluebirds have had.

But as the season draws to its dramatic conclusion, the Gaffer pointed out that the next two games could still bring the ultimate reward.

“We know where we are, but we’ve had a great season and have such a great group,” he continued. “We’ve got to re-group now and show what we’re made of. We’re not far away.

“We haven’t had much rub of the green of late, but they say it evens out and hopefully we’ll have some luck in our last two games.

“It was always going to go to the last day, I think. You never know what’s going to happen, do you? It’s going to be exciting.”