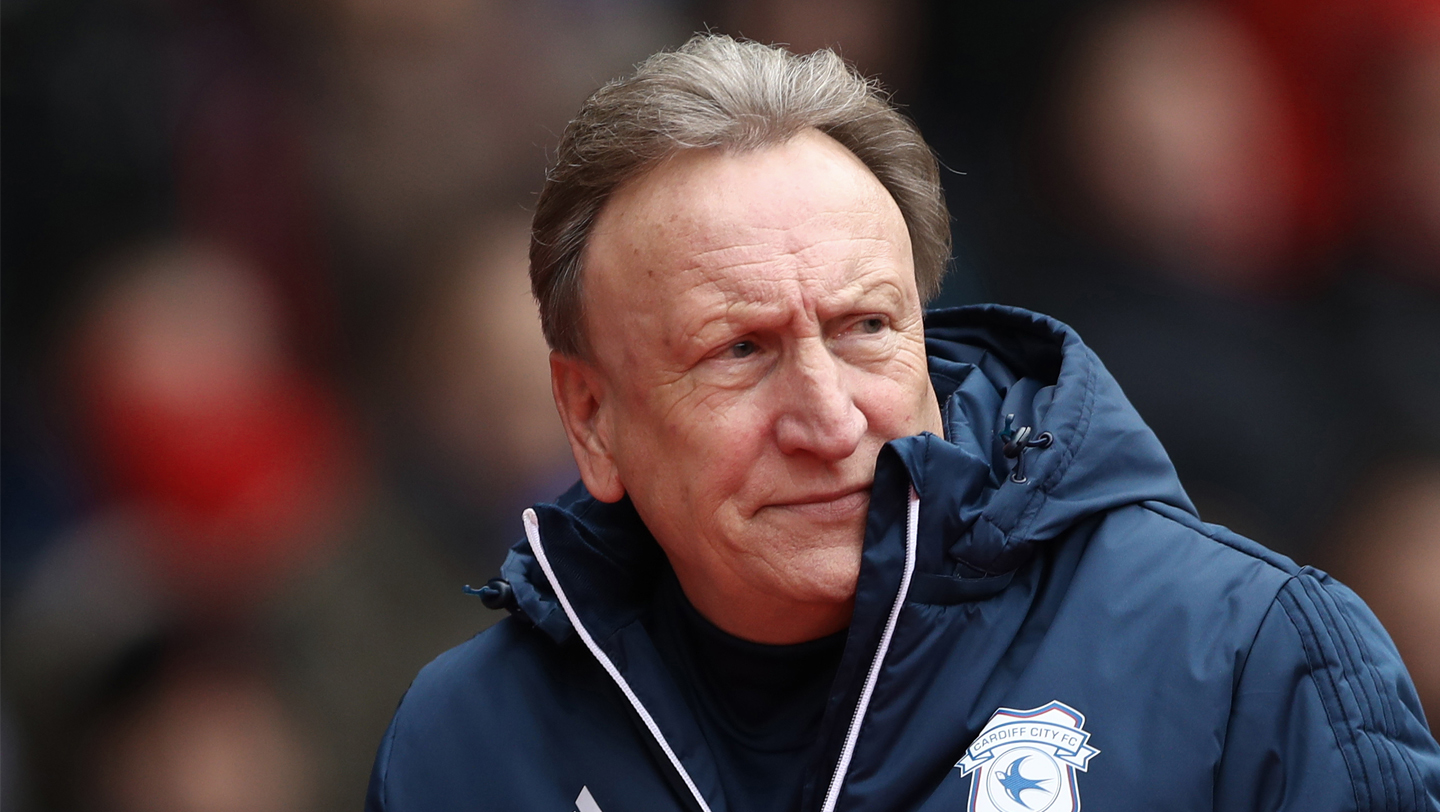 Warnock: We still have a great chance

Neil Warnock spoke to the cameras following Tuesday night’s defeat at Aston Villa and says his Bluebirds will relish being the "hunters" in the season’s remaining five games.

City slipped into third spot in the Sky Bet Championship following the 1-0 loss at Villa Park, now a point behind Fulham but with a game in hand over the West Londoners. A crunch-clash at Norwich City this coming Saturday preceded the Cottagers’ late, televised kick-off with near-rivals Brentford at Craven Cottage.

Looking ahead, Neil said: “We’ve got a lot of games to go, so hopefully we’ll get a bit [of luck] in the run-in.

“How we haven’t scored a goal tonight, I don’t know. They didn’t have a lot of chances either, but their goalie has pulled off some great saves, hasn’t he? We were beaten with a worldy again like we were against Wolves, so I’ve no complaints there.

“We’re the hunters now aren’t we? They’ve all spoken about us being hunted, but now I think we just relax and go and play the games. We should have won tonight with the chances we had, and you can see we’re a good side. But that’s life and there are worse things at sea.”

City have five games left to play with the second automatic promotion spot set to go down to the wire.

But whether the season ends on May 6th – or is prolonged – the Gaffer remains confident that his side has what it takes to make the Premier League on the back of what’s already been a fantastic season.

He continued: “This [group] is a great bunch of lads and they’ve given me everything again tonight; I can’t ask for much more. We’ve shown what we can do and put so much into two games but lost them both. It’s disappointing.

“But I’ve said to them that wherever we finish – Play-Offs or in the automatic places – we’ve got a great chance. We’re still going to be going for the automatic promotion, but it’ll be nice to be the chaser for a little bit now and everybody can all talk about Fulham for a bit!

“We’re a good side and people want to beat us. We’ll come back kicking now.”