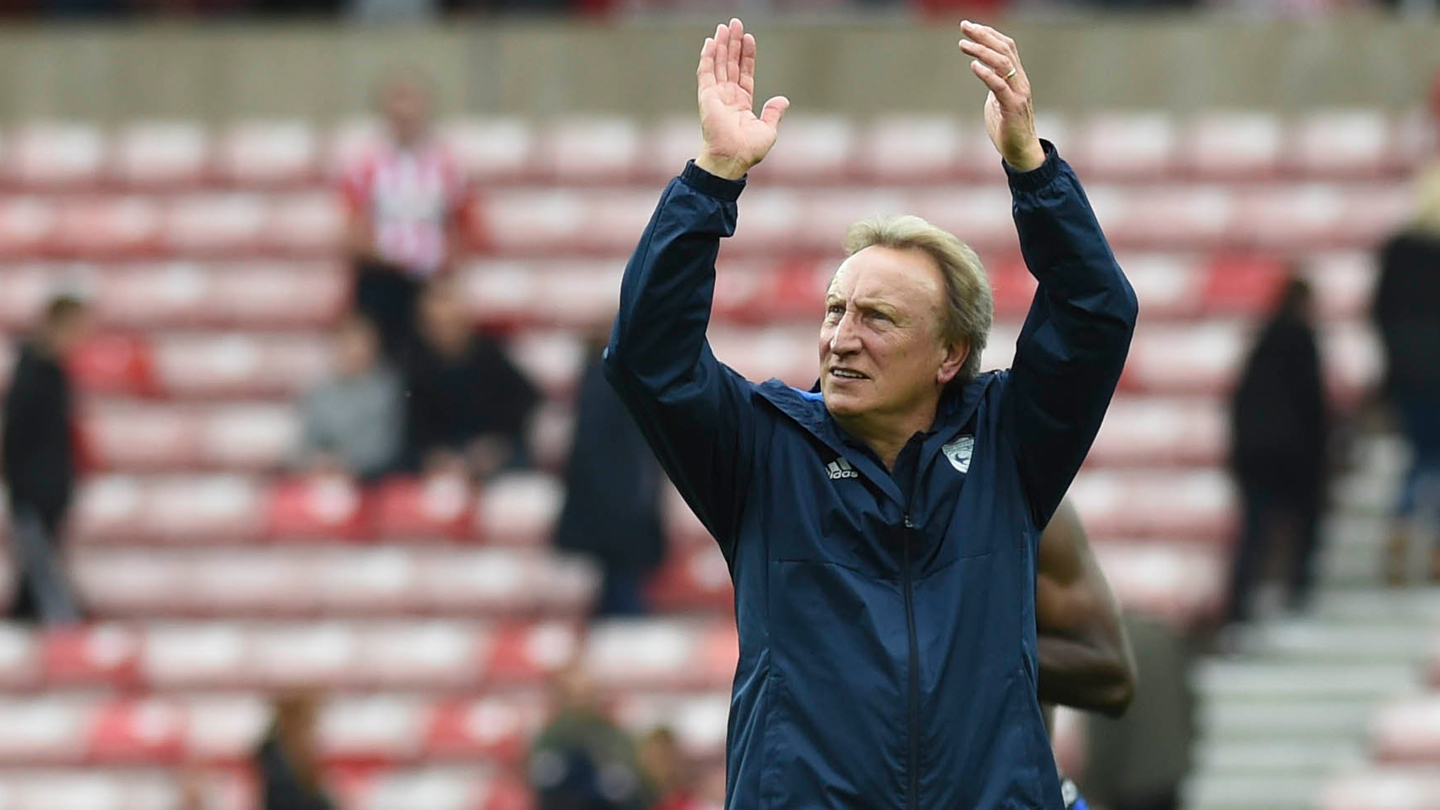 Warnock: We're getting stronger as a squad

City travel to Sheffield United this Easter Monday as they look to make it nine consecutive Sky Bet Championship wins.

An intriguing sub-plot sees Neil Warnock return to his boyhood club: a club he managed for seven years between 1999 and 2007.

And before heading to Sheffield, the Bluebirds Boss spoke of his excitement ahead of what many perceive as been a key week in the race for promotion.

“With eight games to go we’ve just got to hang in there and do our best,” said Neil.

“We’re in a fantastic position, so I don’t want the lads to think about pressure or anything. There’s no easy games at this level, and if you’re not sharp upstairs, you’ll get punished.

“I look forward to all of the games, but I don’t think you can look too far ahead. The next game is always the most difficult game, and you have to overcome that and then move onto the next one.”

The Bluebirds head to Bramall Lane after a home win over Burton Albion on Friday, with the importance of squad depth sure to play a huge part over the coming matches.

City overturned the Blades by two goals to nil back in August, with Sean Morrison and Nathaniel Mendez-Laing the scorers in that one.

But one of the talking points of the season to date has been that when the likes of the two aforementioned players have spent time on the sidelines, those who have stepped in have done so admirably.

“We’re getting stronger as a squad, which is very important between now and the end of the season, especially with two games in five days,” Neil reflected.

“I was pleased to see Aron Gunnarsson get a bit of a game [against Burton] and see Craig Bryson play for an hour; those were big plusses for me.”

City could equal a club record with victory against the Blades, matching a run of nine successive victories during the 1946-47 campaign; however, Neil stressed the importance of focussing on the long-term ambition this season, rather than short term achievements.

“I’m not too bothered about those type of records; although they usually tell me when it’s the worst record we’ve had,” joked the Gaffer.

“I’m really looking forward to this week though; I couldn’t pick two better games. I hope to get a very good reception at Sheffield - people remember me there.”

Listen to live commentary of City vs. United this Monday evening on iFollow Cardiff City!