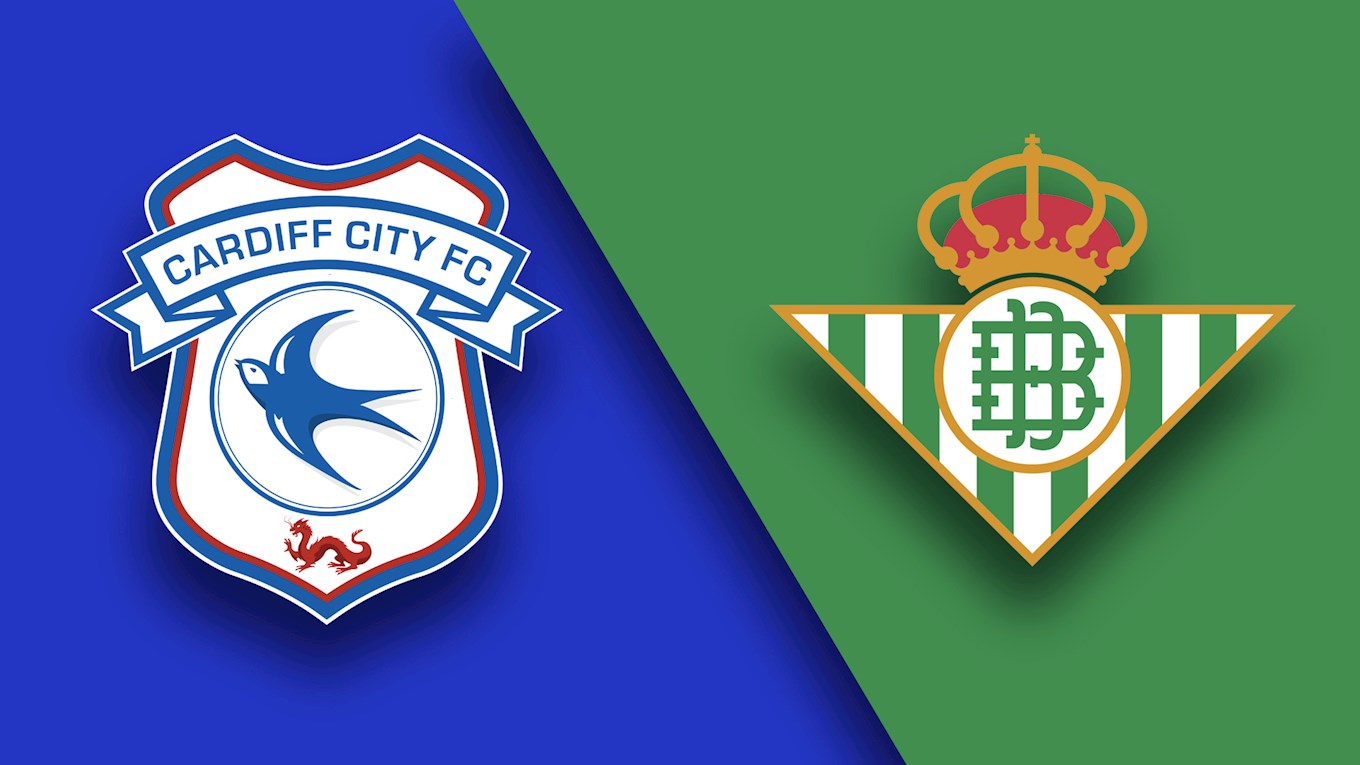 After a successful tour of Devon and Cornwall, followed by friendly fixtures at Rotherham and Burton, the Bluebirds return to CCS for a clash with La Liga opposition before the competitive action begins on August 11th.

Tickets are still available for this fixture, with all information available here. Please note that tickets sold on Matchday will priced differently to the Pre-Matchday Tickets.

Founded in 1907, Real Betis Balompié are based in Seville, Andalusia. Betis play at the Estadio Benito Villamarín, which has a capacity of 60,721. The stadium is the fourth-largest in Spain, behind the Camp Nou, Santiago Bernabéu and the Wanda Metropolitano, homes of Barcelona, Real Madrid and Atlético Madrid respectively.

Betis finished the 2017-18 La Liga season in sixth place, guaranteeing automatic qualification for the UEFA Europa League group stage. Manager Quique Setién led Los Verdiblancos to their best finish since 2004-05 in his first season in charge of the club and will find out their European opponents when the Group Stage draw is made on August 31st. Betis kick of their La Liga campaign at home against Levante on August 19th.

Setién has made a number of additions to his Betis squad, in order to prepare them for European competition. The most notable signing was that of Portuguese midfielder William Carvalho, who was part of the EURO 2016 winning squad. Japanese winger Takashi Inui has also arrived at the club this summer, moving from Eibar. Inui starred at this summer’s World Cup in Russia, scoring twice for the Samurai Blue. Former Real Madrid playmaker Sergio Canales is another notable addition to the Betis squad.

A few former Premier League players have also joined the Heliopolitanos over the summer; former Everton goalkeeper Joel Robles arrived on a free transfer, whilst ex-Middlesbrough right-back Antonio Barragan made his loan move permanent over the summer. However, Betis did lose one of their star players this summer, as Fabían Ruiz completed a big-money move to Napoli.

Betis have already faced British opposition this summer, having begun their season with a 1-0 victory against Nottingham Forest. They drew 1-1 with SC Braga in a fiery match, before defeating Olympique Marseille 3-2 and drawing 2-2 with Lille OSC.

The Verderones will also have faced Premier League opposition by the time they take to the field at Cardiff City Stadium. A Betis side will travel to the Vitality Stadium on Friday, 3rd August to face AFC Bournemouth, our opening day top-flight opponents. Los Verdiblancos will finish their preparations by facing Italian side Frosinone on August 9th, and then either Cádiz CF or UD Las Palmas in the final of the Ramón de Carranza Trophy on August 11th.