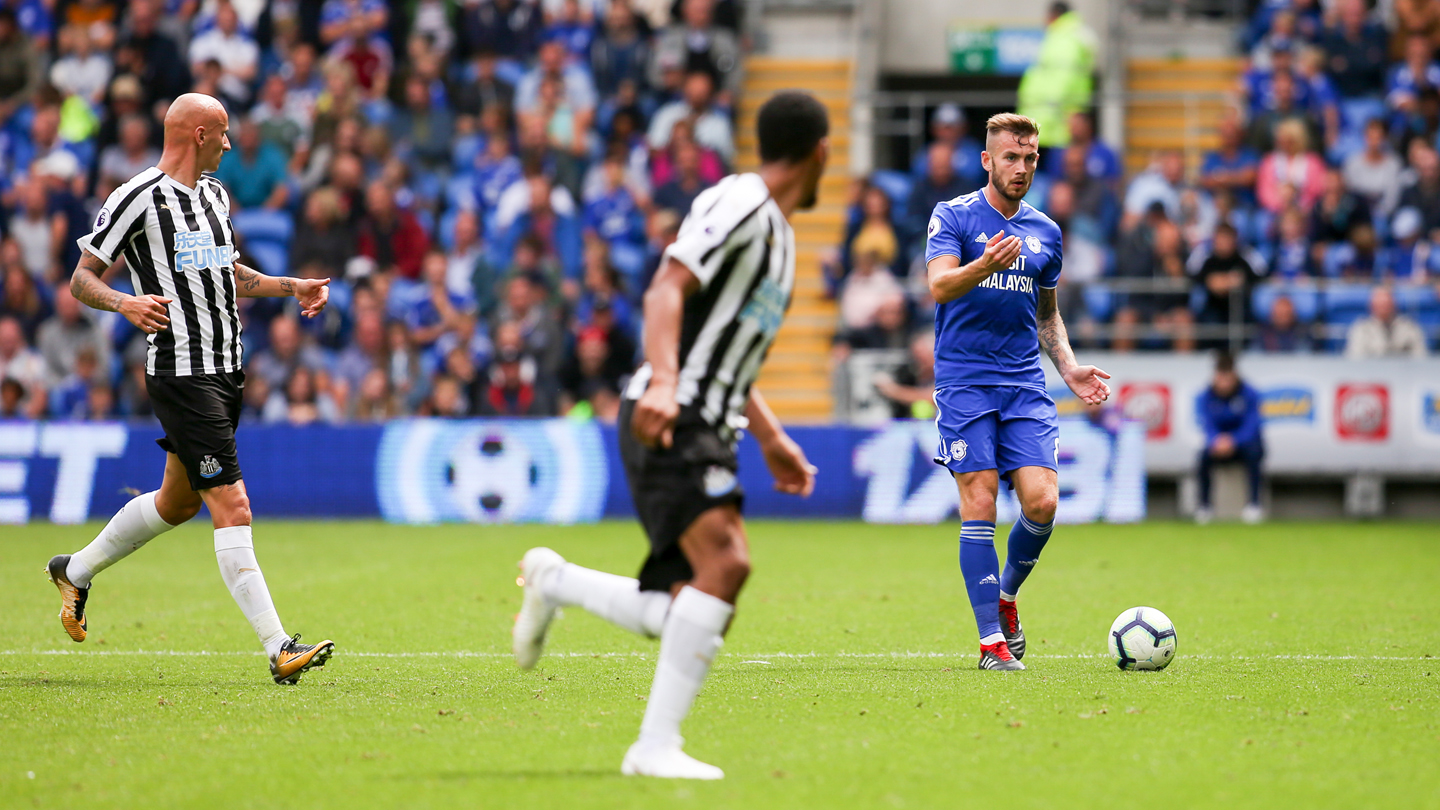 Joe Ralls spoke after the Bluebirds picked up their first Premier League point of the season in their opening home match, versus Newcastle United.

The Bluebirds put in a strong home performance at Cardiff City Stadium, but had Neil Etheridge to thank for a injury-time penalty save against the Magpies.

City's number eight was full of praise for the 'keeper, but felt that City's performance could have merited victory.

"The feeling during the game was obviously that we could try and win it, and the three points would have been great," began Joe.

"We felt like we did enough to win the game. But if you don't win, then it's important not to lose. Neil [Etheridge] saved us in the end there, so we'll take our first point in the League and move on.

"I don't know how he must be feeling after two penalty saves! I'm really happy for him. He makes some good saves in training too, and he's done well in the first two games, carrying on from last season.

"I'm happy for him to get off to a good start. We're going to need everyone in this squad, and the 'keeper is no different. We'll need big saves at important times this season, and he's pulled one out of the bag today."

Joe went on to focus on deadline-day recruits, Harry Arter and Víctor Camarasa, who accompanied him in a new-look midfield triumvirate for the Bluebirds.

"I thought they both did really well," said Joe. "They are both good football players and are definitely going to add a lot to the squad.

"Harry and Víctor can both play; they both want the ball in any area on the pitch. I thought the three of us did OK together in there today, and hopefully we can keep on putting in good performances going forward."

Over 30,000 fans cheered on the Bluebirds at a bouncing CCS, and Joe finished with a word of thanks for the City support.

"I think the supporters are enjoying the football out on the pitch," he added.

"The fans know they get 100% out of all of us players here, they turned up in their numbers and it was a great atmosphere again."