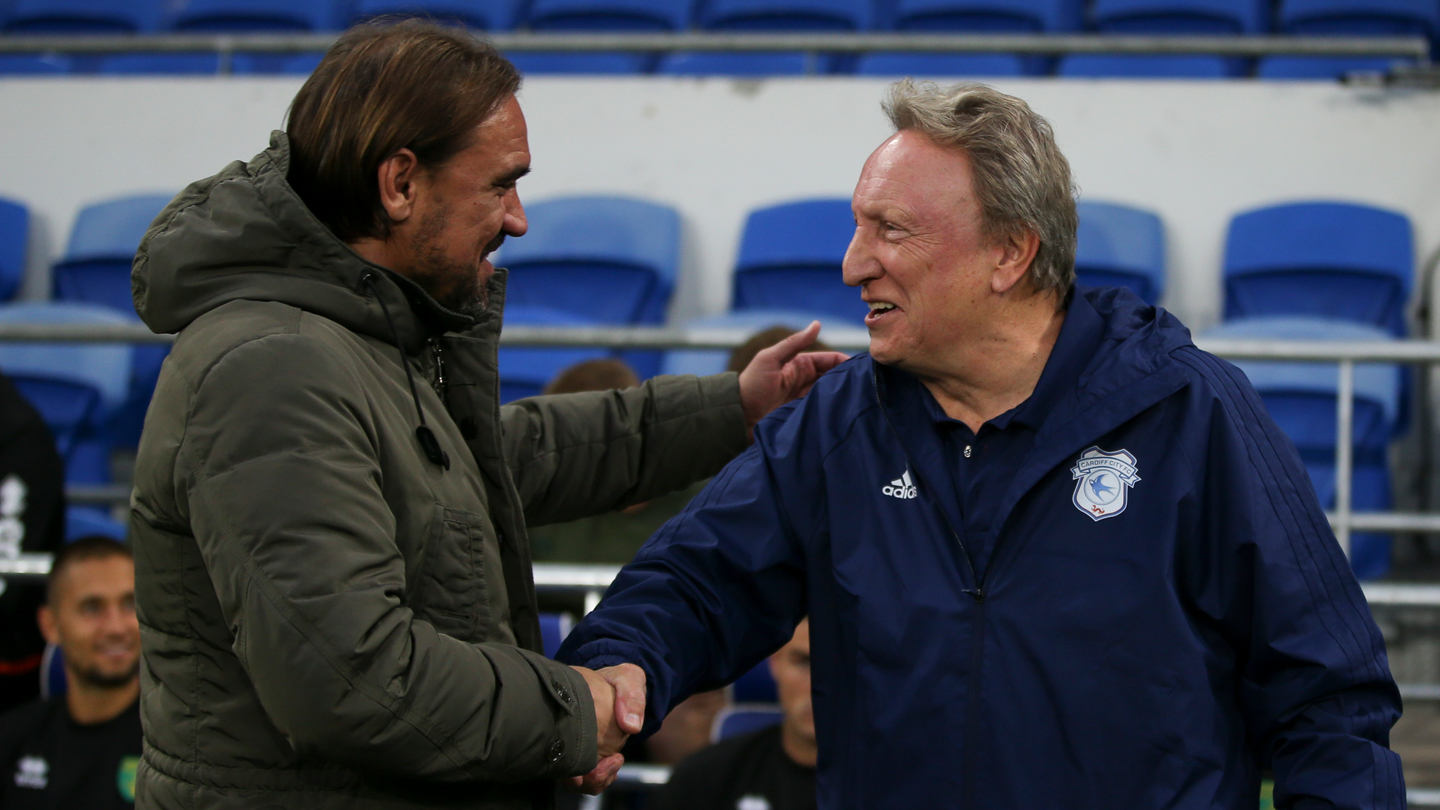 The Gaffer began by revealing his thoughts on the match, before looking ahead to Sunday’s Premier League clash with Arsenal.

“It wasn’t meant to be tonight,” began Neil in reference to the Cup defeat. “I think it showed that quite a lot of the lads needed games because we were a little bit off the pace. You can’t get what we got tonight on the training ground; we need competitive games like that.

“There were four or five positives regarding my squad selection [for Sunday] and obviously disappointments, so it’s a mixed feeling really. We had better chances than Norwich, but we haven’t been taking them all season, which is disappointing.

“It’s opened my eyes towards Sunday’s team selection and I more or less know what my team is going to be. Tonight, didn’t put me off that and I have a starting eleven in mind. I said to the lads that it shows they’ve got to train really hard if they’re not in the team and take their opportunity when it comes.

“The depth is there and we’ve got to make sure we keep the fitness levels up for the lads that aren’t involved. The Premier League is such a massive step up from the Championship, which is what we’ve been used to, regarding movement and things like that.

“We’ve got to take the Premier League onboard and enjoy it. It’ll be so difficult for us in the next few weeks but we’ve got a great bunch, a great set of fans and we’ve just got to enjoy it. I’ve got to come up with a recipe to give our fans something to cheer about during the game. I think we’ve got to do the best we can to get the crowd on their feet. That’s what we’re here for, that’s what we got promoted for and I don’t think we should miss out on that.”

Injury to Mendez-Laing on Saturday caused fears of a long-term injury set-back – but scans have shown that not be as bad as first suspected.

“Nathaniel Mendez-Laing has done is posterior cruciate ligament, which is good news, my physio said, because if he’d done his anterior, he’d be out for the season. He’ll take about three months to recover and hopefully be back in December.

“We’re crossing our fingers and hoping that Junior [Hoilett] will train around Friday. If he’s anywhere near fit, he’ll play on Sunday because that’s the type of lad he is, but I won’t risk him if he’s not. There’s two weeks international break and as much as I’d love to, I don’t want to jeopardise him doing anything severe, not now we’ve got Nathaniel out.

“There’s a number of players we’ve missed – [Aron] Gunnarsson being an example. He is training well at the moment and there’s one or two others with little niggles that we’re hoping will clear up before the weekend.”