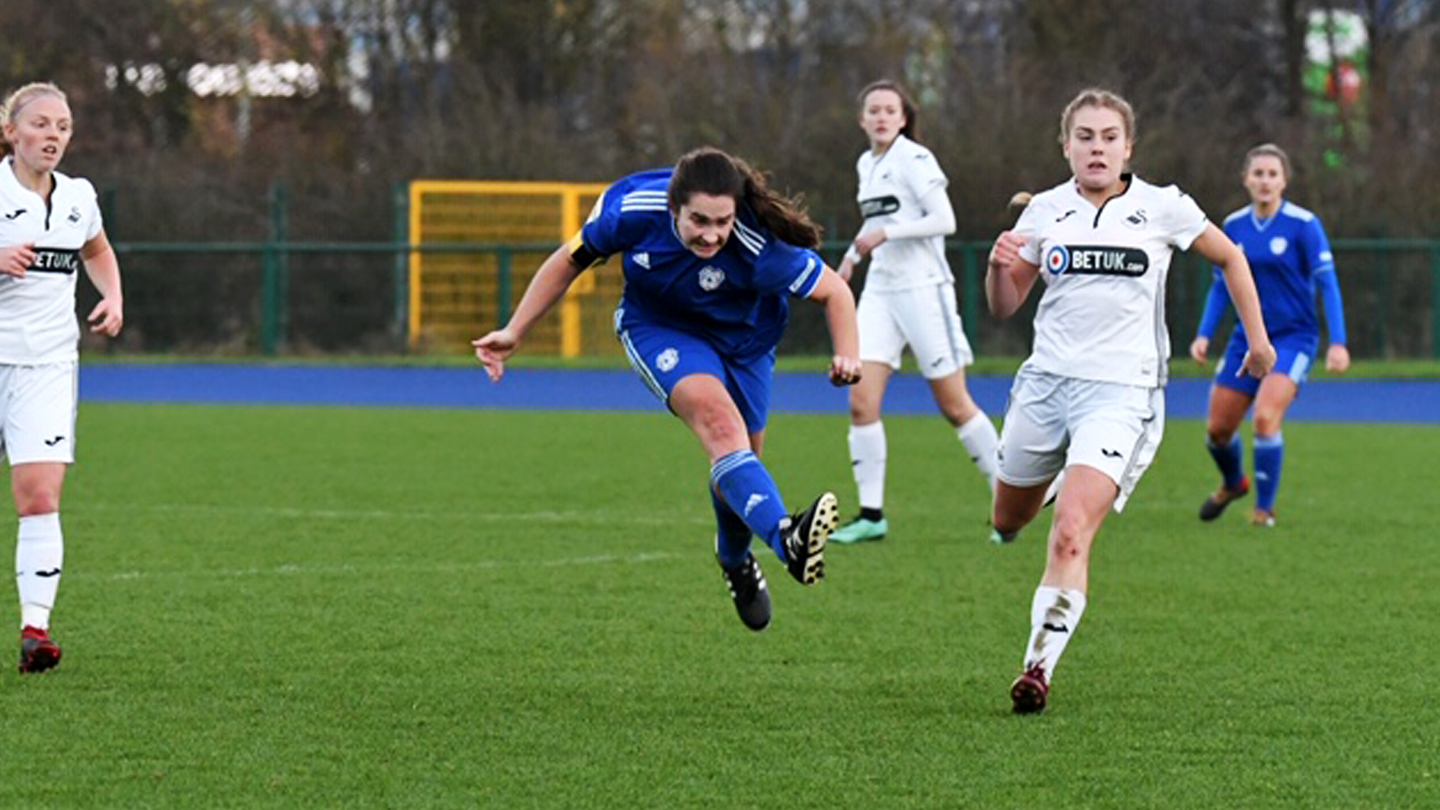 Cardiff City FC Women fell to a 2-0 loss against Swansea City Ladies at Cardiff International Sports Campus in the Welsh Premier Women’s League and their final match of 2018.

A first-half strike from Sophie Hancocks and an Emma Beynon header in the second period proved enough to seal three points for the visitors.

The Bluebirds made one change to the side that faced Abergavenny last time out, with Danielle Green entering the starting XI.

The Bluebirds started on the back foot and after 10 minutes Hancocks powered an effort in from close range to give the Swans a lead. However, City demonstrated fighting spirit in an attempt to equalise and came close 13 minutes later. Alana Murphy’s lofted, long range free-kick found the head of Kanisha-Mae Underdown and her header went astray of the left upright.

Then with two minutes of the half remaining, the hosts had another opportunity through Underdown again. Murphy’s corner found Catherine Walsh and her header reached the midfielder, whose shot on the turn flew agonisingly wide of the right post.

After the interval, substitute Lucy McDonough almost made an instant impact. The forward sped through on goal, although goalkeeper Gemma Border was swift to close her down and parried away as far as Murphy, who fired wide.

Swansea City came close to doubling their advantage, after 61 minutes. Katy Hosford’s free-kick from the outside left of the area hit the crossbar and went over for a goal kick. Then two minutes later, Hosford ambitiously attempted from range and Chamberlain comfortably gathered.

With 12 minutes of the 90 remaining, the Bluebirds had a terrific opportunity to level the scoring. Catherine Walsh drove a low free-kick from range into the path of McDonough, who diverted into Border’s arms. Then with six minutes of the 90 remaining, Beynon headed in from Hosford’s crossed free-kick to double the Swans’ lead and they remained resilient for the remainder to take three points.