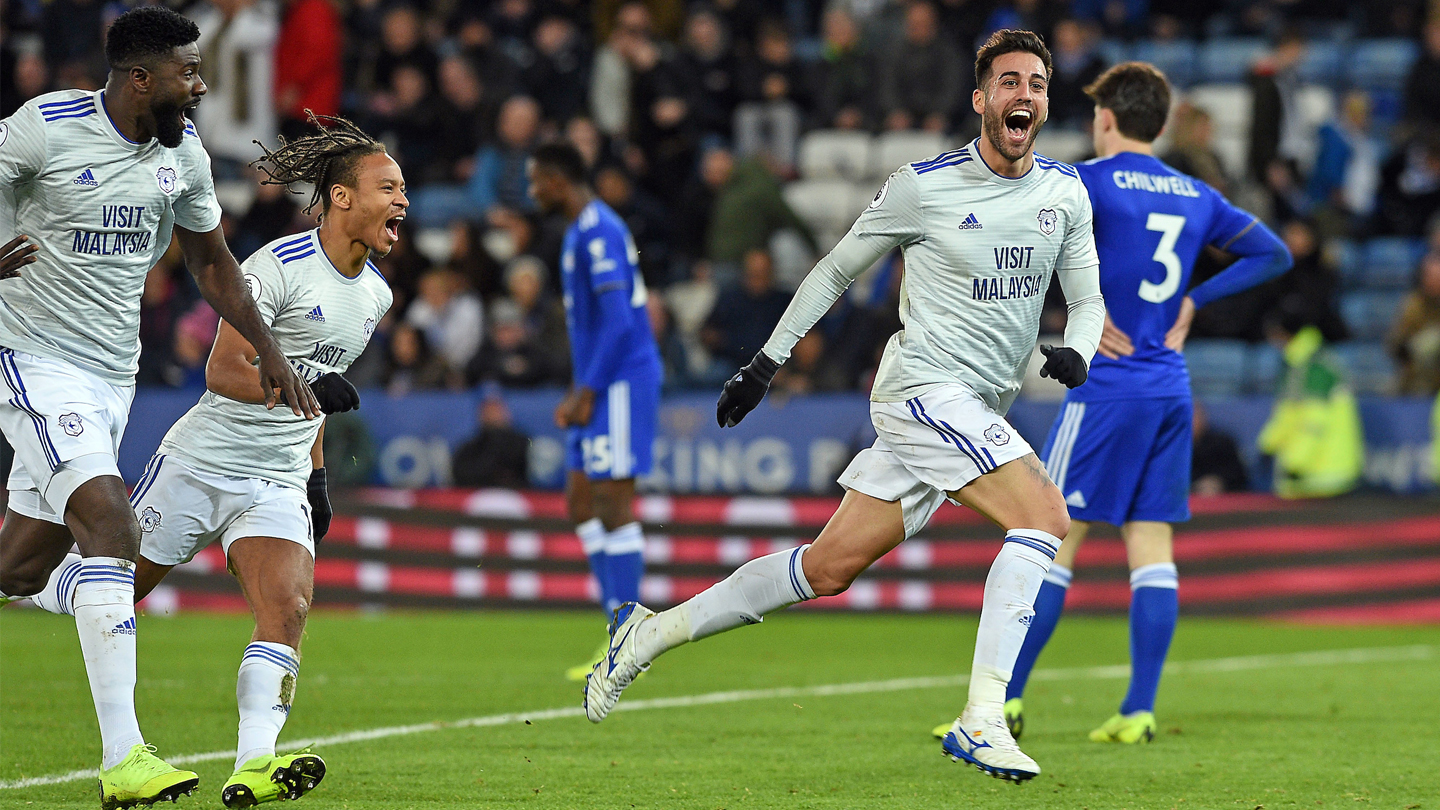 Cardiff City left King Power Stadium with all three points on December 29th following a 1-0 victory over Leicester City in the Premier League.

Leicester City’s Jamie Vardy had the first chance of the match five minutes in, when his glancing header from Demarai Gray's cross went wide.

While Gray’s long ranged effort flew wide and Etheridge did well to deny Ricardo Pereira’s shot from the edge of the box, the Bluebirds held their own in the first half and did pin the hosts back for spells.

James Maddison’s free-kick from 25 yards then flew towards goal and would have hit the back of the Bluebirds’ net if not for a diving save by Etheridge.

City were not without answer to these attacks, however. With ten minutes of the half to go, Camarasa’s cross was almost met by Paterson’s head, while Josh Murphy’s twice threatened the Leicester goal.

After the interval, Murphy’s interception of Çağlar Söyüncü’s pass gave the Bluebirds their first real chance of the half. The winger used his pace to get into the box, and shot low to Kasper Schmeichel’s left, leaving the Danish international with his palms stung.

In what looked to be a decisive moment, Leicester City were awarded a penalty kick with twenty minutes to go.

James Maddison went down in the box, and stepped up to take the spot-kick himself, only to see Etheridge palm it away superbly. Sol Bamba was the first to meet the ball for the rebound and cleared it away in heroic style.

Halfway through four minutes of injury time, and the Bluebirds secured all three points in dramatic fashion.

The newly introduced, Bobby Decorova-Reid laid the ball off to Camarasa, who let fly from range and found the top right corner of the goal, past the grasping hands of Schmeichel.

As the final whistle blew, Neil Warnock's men had won their last match of 2018, and with it, their first away match of the Premier League season.