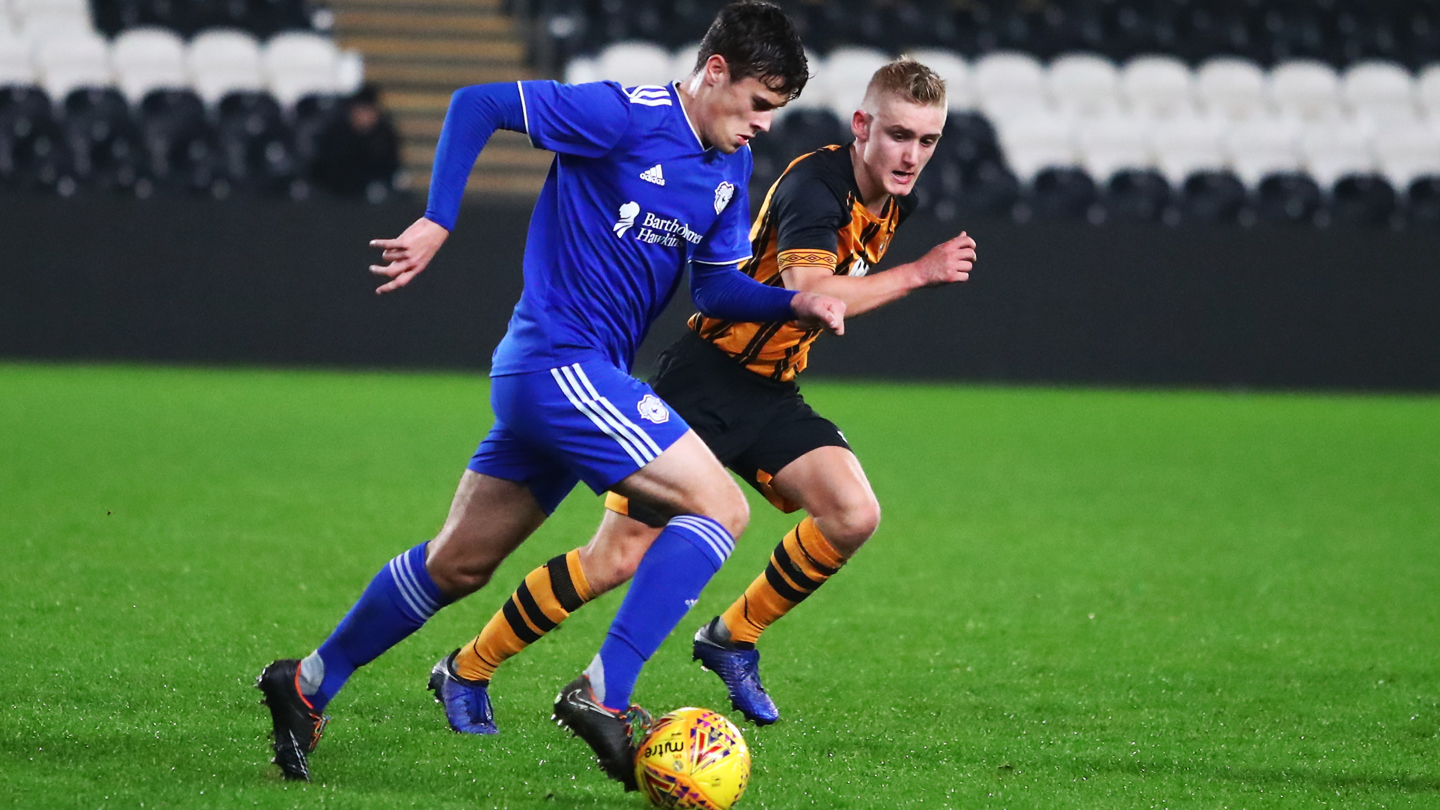 Cardiff City U18 side fell to a 2-1 loss against Hull City U18s at the KCOM Stadium in Round Three of the FA Youth Cup.

City opened the scoring through Keenan Patten after four minutes, although the hosts levelled just before the break and scored the winner late in the second-half.

Craig Bellamy made two changes from last time out, with Connor Davies and Harry Pinchard entering the starting XI.

The Bluebirds got off to a swift start and Patten broke the deadlock just four minutes in. The Tigers defence cleared the ball as far as the midfielder, who drove forward and from just outside the area - fired past Harrison Foulkes.

It was an end-to-end first half, with chances for both teams. As half-time approached Hull City equalised through Lewis-Potter’s headed finish from a corner. The Bluebirds responded determinedly and the following minute saw Isaak Davies speed down the left flank and deliver a cross that Griffiths very nearly connected with.

After the interval, it took City two minutes to come close to regaining their lead. Patten shot from a similar position to where he scored from, although the ball drifted wide on that occasion. Then after 60 minutes, Bowen’s attempt from just outside the area was kept out by Foulkes.

The 67th-minute marked another opportunity for the Bluebirds, as Bowen caught sight of goal inside the area, although his effort was kept out by Foulkes, who was proving tough to beat. Then nine minutes later, Guilfoyle went one-one-one with Ratcliffe and converted, sending the hosts in front.

City were given additional hope two minutes later, when Ben Adamson was sent off for the Tigers and the visitors came up with one last opportunity. The ball reached the feet of forward Isaak Davies inside the area and he misconnected – before the danger was cleared, with five minutes of the 90 remaining. Hull City were resilient for the remainder and progressed to Round Four of the FA Youth Cup.