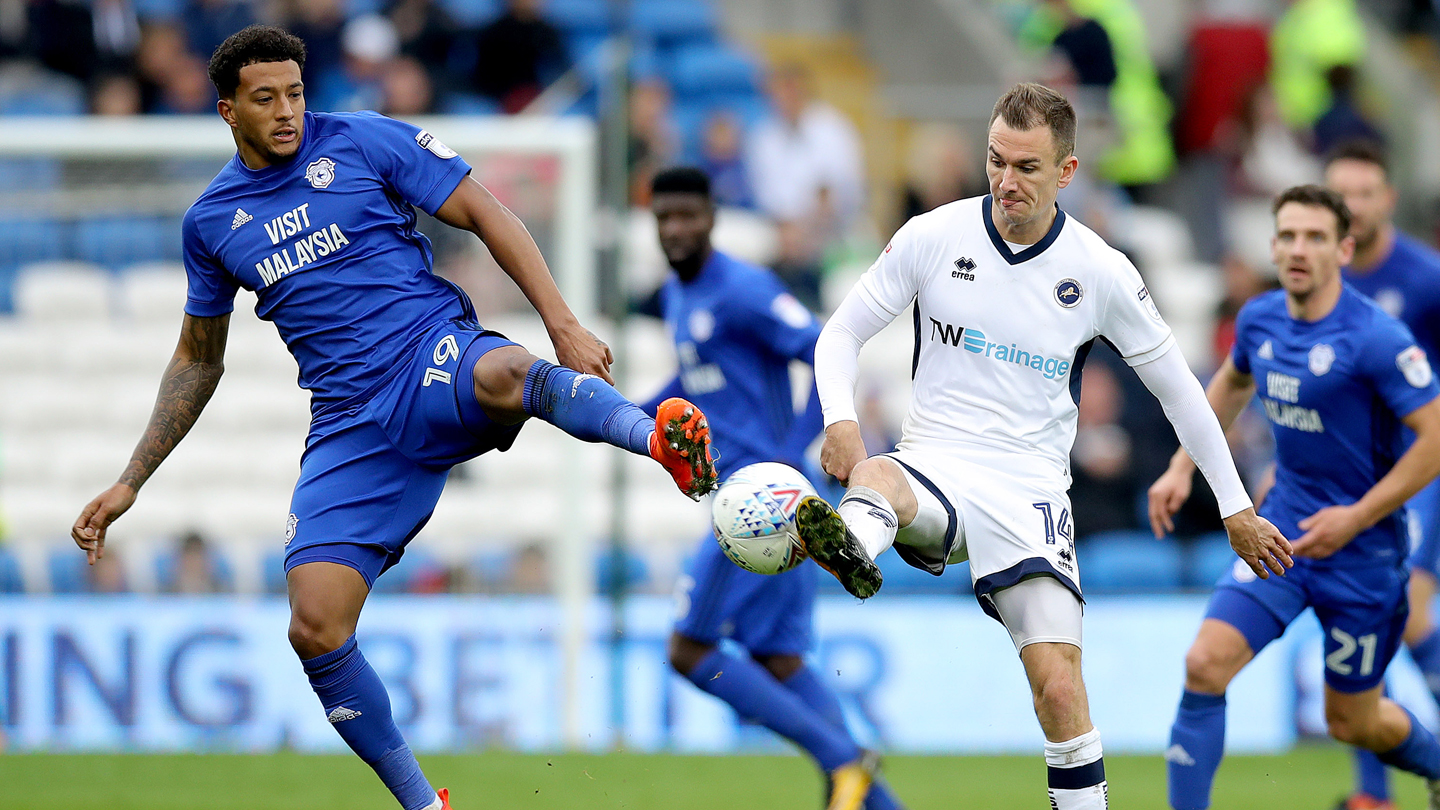 Cardiff City’s U18 side had to settle for a draw with 2nd placed Millwall at Cardiff International Sports Campus on Saturday, with Dan Griffiths scoring his third penalty in two matches – helping his side to comeback from 1-0 down to maintain their position at the top of the PDL2 South.

The young Bluebirds showed their support for the Stonewall Rainbow Laces campaign during this match.

It took Millwall just four minutes to create their first opening, as full-back Junior Tiensia made a determined run down the left-flank, before testing George Ratcliffe with an awkward attempt across the face of goal. The stopper was equal to it though, managing to make a good save down to his left.

Cardiff City would soon get into the match, when Isaak Davies made an excellent run on 21 minutes  before finding Sam Bowen in the box.  Despite Bowen’s best efforts, City’s captain saw his shot stopped by a last-ditch block.

Craig Bellamy’s side continued to push the Lions in the aim of finding a vital goal which would put them ahead going into the break - and it was Dan Griffiths who found himself with a great opportunity to put the young Bluebirds in front. The forward rose highest from Kieron Evans’ cross to try his luck with a header from close-range, and it seemed certain to test Fanshawe, but Griffiths’ header ended up just over the crossbar with just over ten minutes to play in the first-half.

The hosts were handed a massive blow just minutes into the second-half, when the Lions managed to find an all-important breakthrough with 48 minutes played. O’Brien reacted to a goalmouth scramble from a set-piece, and the forward made no mistake when the opportunity was handed to him from close-range.

It wouldn’t take long for a determined Cardiff City to get the goal they deserved. Sam Parsons was being restricted from moving clear of his Millwall counterpart from a set-piece, eventually being brought down and rightfully given a penalty as the referee immediately pointed to the spot.

Following on from scoring two goals from the spot last weekend in the FAW Youth Cup, forward Griffiths stepped up to the mark yet again, with the Wales U19 International keeping his calm from the spot to smash home a thunderous effort past Fanshawe to bring City level on 54 minutes.

The visitors continued to push, and a resilient Cardiff City had to show a real desire to succeed in order to soak up pressure from Millwall for long spells of the second-half, and they possibly could’ve been rewarded with all three points for their efforts.

Bellamy’s side would be handed one final chance to claim all three points in the 88th minute through Ntazana Maymembe. He went agonizingly close to sealing the win – but it would be the post which saved Millwall at the death, meaning that the points were shared between the sides.

Next up for the young Bluebirds is a trip to the KCOM Stadium in the FA Youth Cup on Wednesday, December 5th.