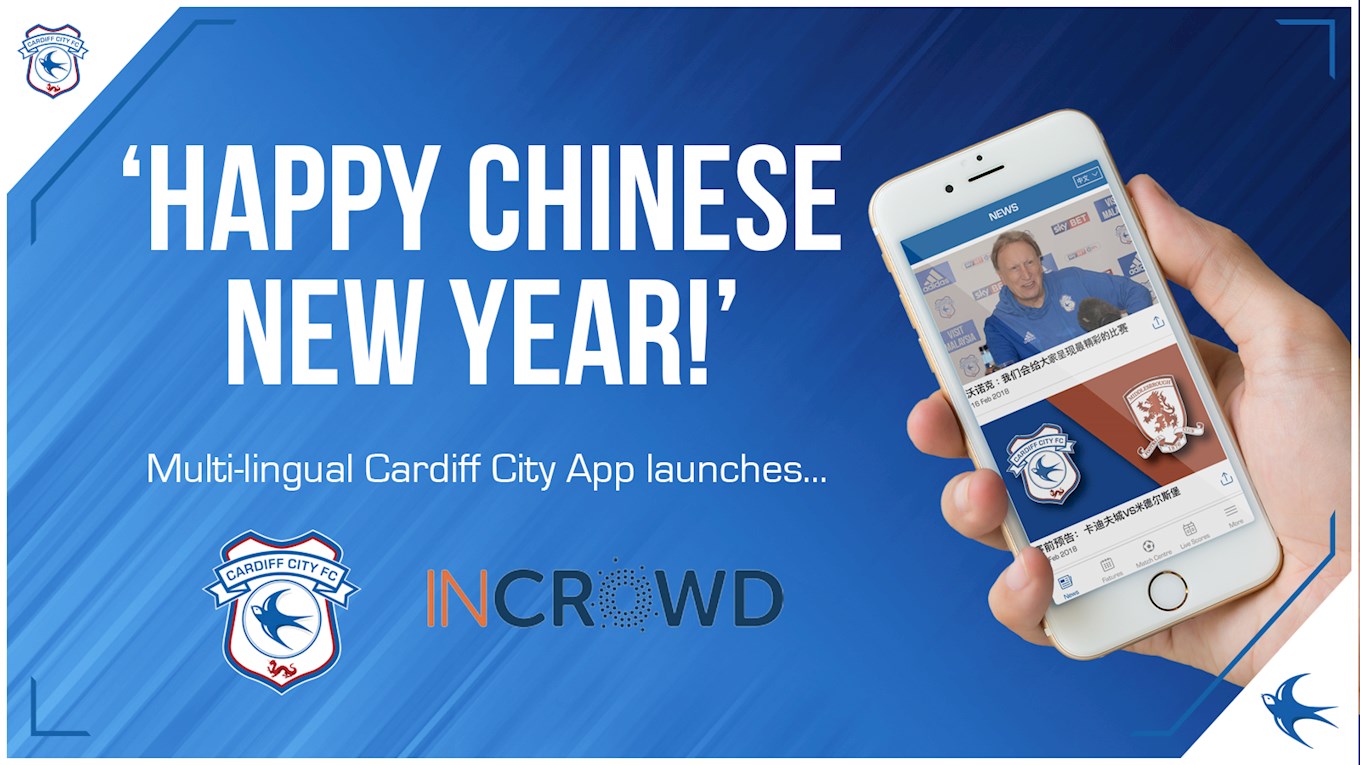 Happy Chinese New Year to all Bluebirds currently celebrating around the world!

In honour of the occasion, Craig Bryson and Matthew Connolly joined a representative from Cardiff Confucius Institute to try their hand at Chinese calligraphy this week. Watch the video in full on iFollow Cardiff City above…

As we see in the Chinese New Year, Cardiff City Football Club is pleased to announce the integration of a Mandarin language option within its official Club app.

Our InCrowd-built Cardiff City App now enables fans to access all official Club news in Mandarin: the first of its kind for a UK football club in the language.

Cardiff City FC Executive Director & CEO, Ken Choo, commented on the launch, saying: “The International Development project at Cardiff City FC continues to be something that’s very important to us. As such, we're pleased with the new integration of Mandarin on our official App, allowing us to produce multi-lingual content on the platform for fans around the world.

“The development has seen InCrowd provide us with an official channel to communicate directly to followers in Mandarin, alongside our pre-existing social media platforms. We also have a number of coaches delivering football education to youngsters in Beijing, as we continue to spread the Bluebirds' brand on various fronts.

“This latest development has been fully supported by Tan Sri Vincent Tan, and we wish him and his family a very happy and prosperous Chinese New Year.”

City’s official app manufacturer, InCrowd, added: “These new integrations within the Cardiff City FC App now allow the Club to build stronger and more tailored relationships to a new and vast addressable fan market, as well as increasing their sponsorship opportunities and value in multiple territories.”

The Cardiff City app has an average score of 4.7/5 on both the Apple and Google Play app stores, with over 100 five star ratings.