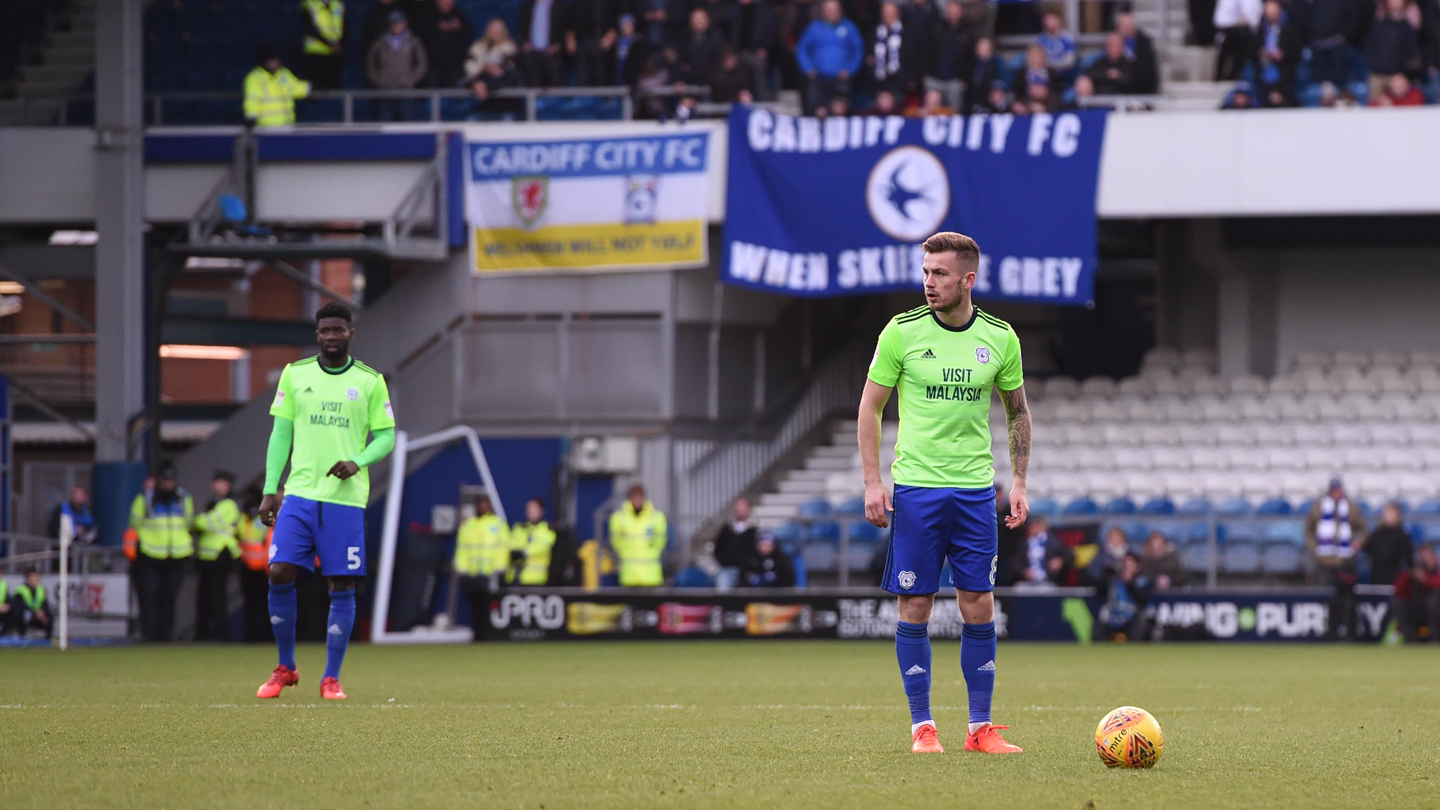 Cardiff City slipped to an unfortunate defeat away to QPR in their first match of 2018, with a late Junior Hoilett effort contentiously ruled out at Loftus Road.

Neil Warnock made five changes to his Bluebirds side, with Brian Murphy, Joe Bennett, Matthew Connolly, Rhys Healey and Hoilett all coming in to the starting line-up in West London.

City started brightly, with Hoilett and Healey providing ample support for Kenneth Zohore at the top of the Bluebirds’ attack. The direct running of Healey was causing the home side problems; Alex Smithies saved a powerful strike from the 23-year-old, before the referee waved away protests for a penalty when he went down in the box.

Kenneth Zohore rifled an effort over Smithies’ bar as City continued their search for an opener, while Nedum Onuoha and Matt Smith both spurned headers for the hosts - the latter’s bouncing back off the foot of the post.

After the interval, the Bluebirds had a gilt-edged chance to take the lead, as a flowing counter-attack involving Hoilett and Callum Paterson resulted in Zohore placing a deflected effort inches wide of goal.

Then, with less than ten minutes of the second half played, City broke the deadlock. After a lofted cross, Jake Bidwell impeded Callum Paterson in the area, leaving the referee with no option but to point to the spot. Joe Ralls showed his composure to send Smithies the wrong way and dispatch his penalty in front of the travelling Bluebirds fans.

Luke Freeman almost hit an instant equaliser when his strike was turned onto the bar by Bruno Ecuele Manga. But the hosts would be level just a minute later when Smith was afforded too much space to head a long-throw past Murphy.

With the wind in their sails, QPR turned the game around as young forward Paul Smyth showed a burst of pace on the left and saw his shot deflect into the back of the net.

A brilliantly improvised turn and shot from Sol Bamba then went just wide of goal, before City thought they had found their leveller ten minutes from time.

After Hoilett combined with Zohore, the ball came back to the winger in an offside position, but seemingly off a QPR boot. Hoilett calmly slotted the ball through Smithies’ legs but, after a lengthy discussion with his assistant, the referee ruled the goal out.

City continued to press for an equaliser into five minutes of additional time, but it wasn’t to come, leaving the Bluebirds two points off second-placed Derby County in the Sky Bet Championship table.