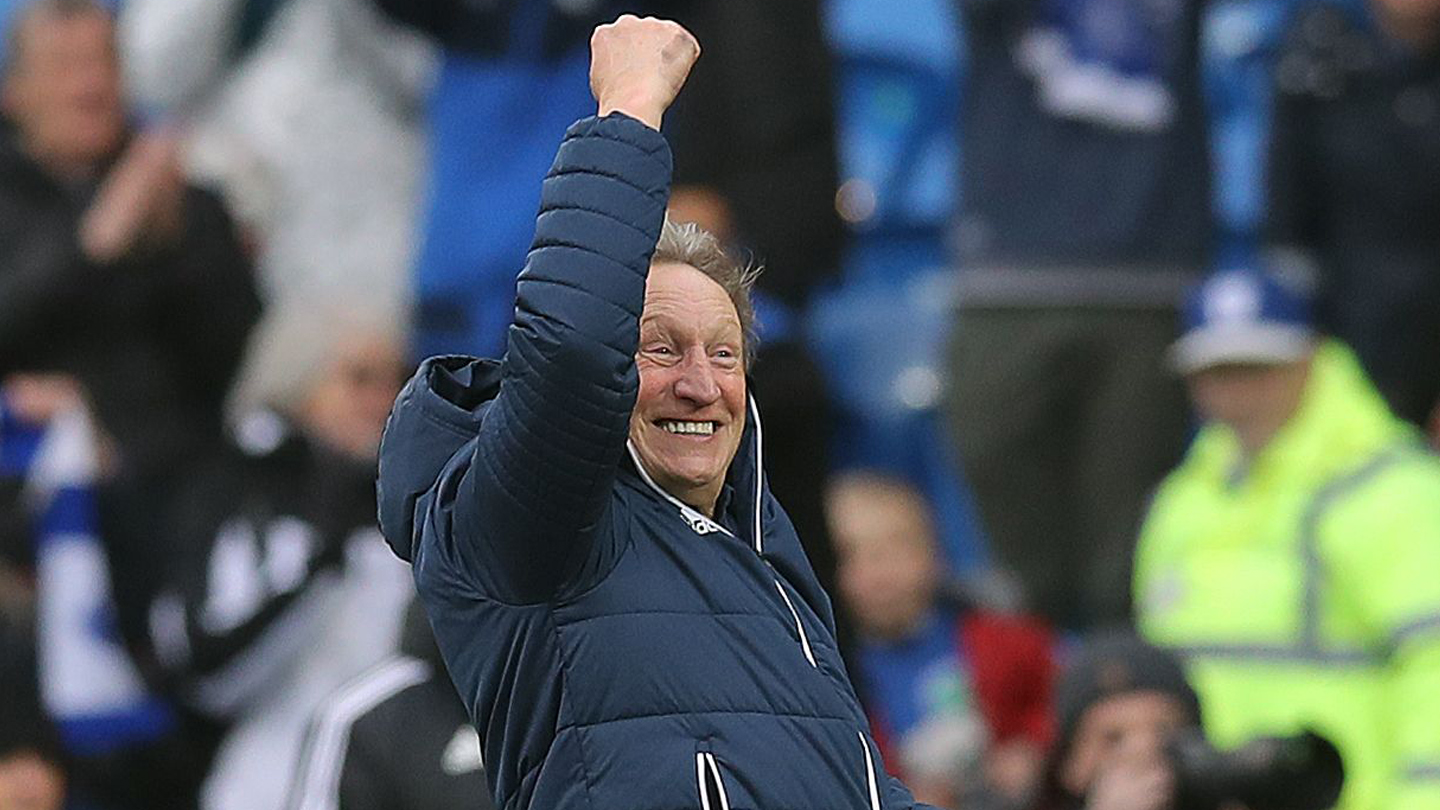 Warnock: "We looked more like our old selves again"

The Bluebirds reached the fifty-point mark in the Sky Bet Championship with a thoroughly convincing 4-0 victory over Sunderland.

Goals from Callum Paterson (2), Anthony Pilkington and the imperious Joe Ralls were more than enough to see off Chris Coleman’s side in Saturday’s early kick-off.

And speaking to the press and media after the game, Neil singled out midfielder Ralls for a display which he described as “eleven out of ten”.

“I’ve run out of adjectives to describe Joe Ralls,” said the Gaffer. “I’m glad it was in front of the cameras for the TV audience to see just how good he is for us.

“To cap it with a goal like that as well was fantastic. You should have seen where he was at the start of that move and made his way into that position. It epitomises the player he is really.”

New loan signing Yanic Wildschut made an impact as a second half substitute having signed from Norwich City for the remainder of the 2017/18 season on Friday.

And Neil reflected on a positive buzz that the Dutchman helped to create during his first training session with his new team-mates – something which translated into a strong team performance against the Black Cats.

“It was nice to have Yanic on the bench; he gave everybody a lift yesterday and it was a really good plus to have him here," Neil continued.

“His wife has only just had a baby, so I gave him the option of linking up with us next week, but he wanted to come and his wife wanted him to as well. That was fantastic to hear and all credit to him.

“There were plenty of positives out there today. We looked more like our old selves and I’m really pleased.”