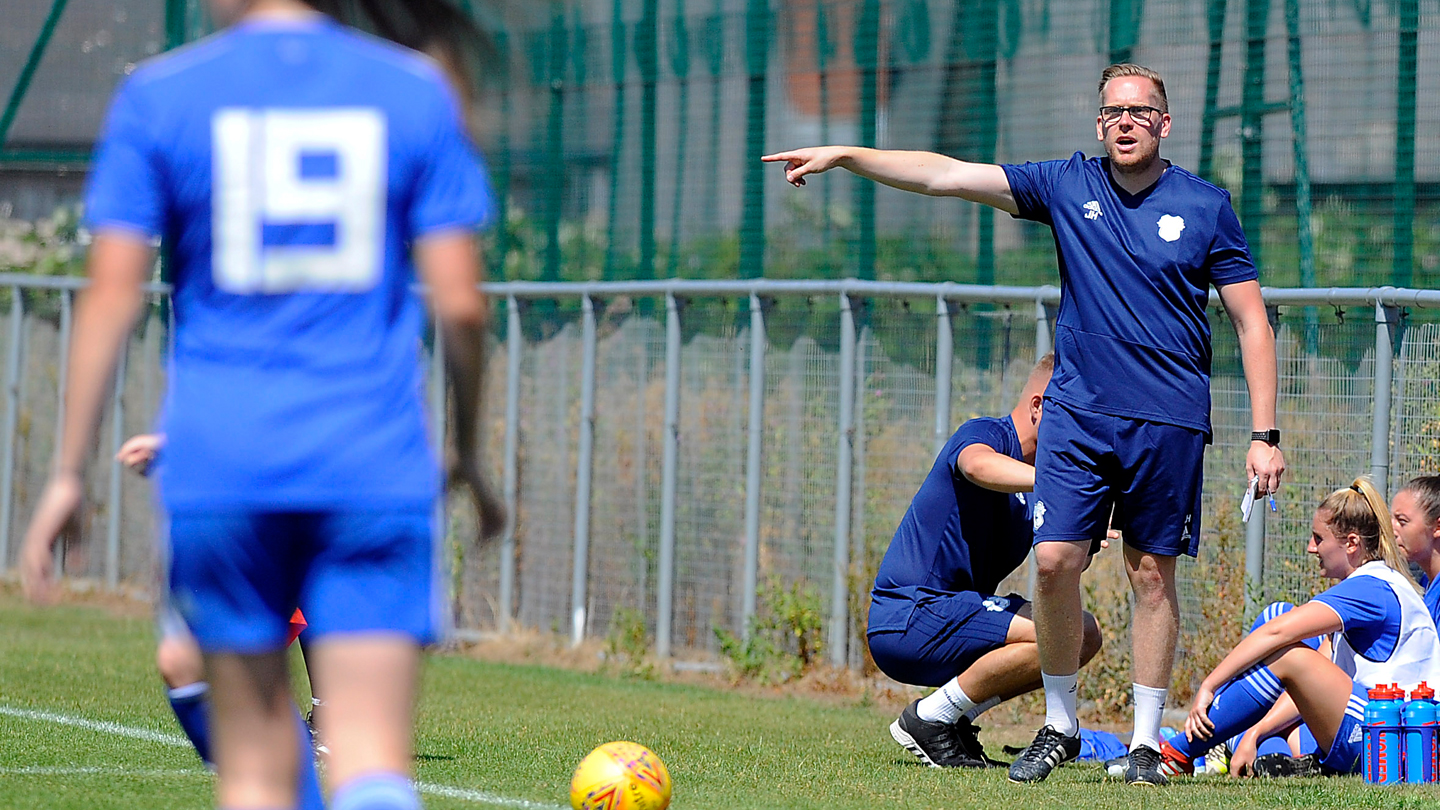 Despite the defeat at Cardiff International Sports Stadium, Hutton spoke about a number of positives from this opening outing. City will kick-off their league campaign in early September, against Briton Ferry Ladies AFC.

“They were really tough opposition,” Joel began. “We wanted a positive performance but it was mainly about the fitness and getting game time. I’m a bit disappointed that we didn’t keep the ball as much we wanted and should’ve done. This was a big part of the early goals we conceded.

“It’s important that we get these minutes under our belt. We’ve had a couple of players out and away too and it’s important to get them involved again.

“The score-line didn’t really reflect how the girls have prepared. They got the game time and that competitive edge. So from that aspect of things, I’m quite pleased.

“We’re building ahead towards the new season. That’s what pre-season is all about. We’ve got four games left in total. Larkhall, Wolves, Exeter, and FC United of Manchester are our remaining pre-season games. They’re sides that we haven’t played before and not ones we’d usually come up against. They pose a different test. Ultimately, getting those minutes on the pitch is the main thing now ahead of the new season.”