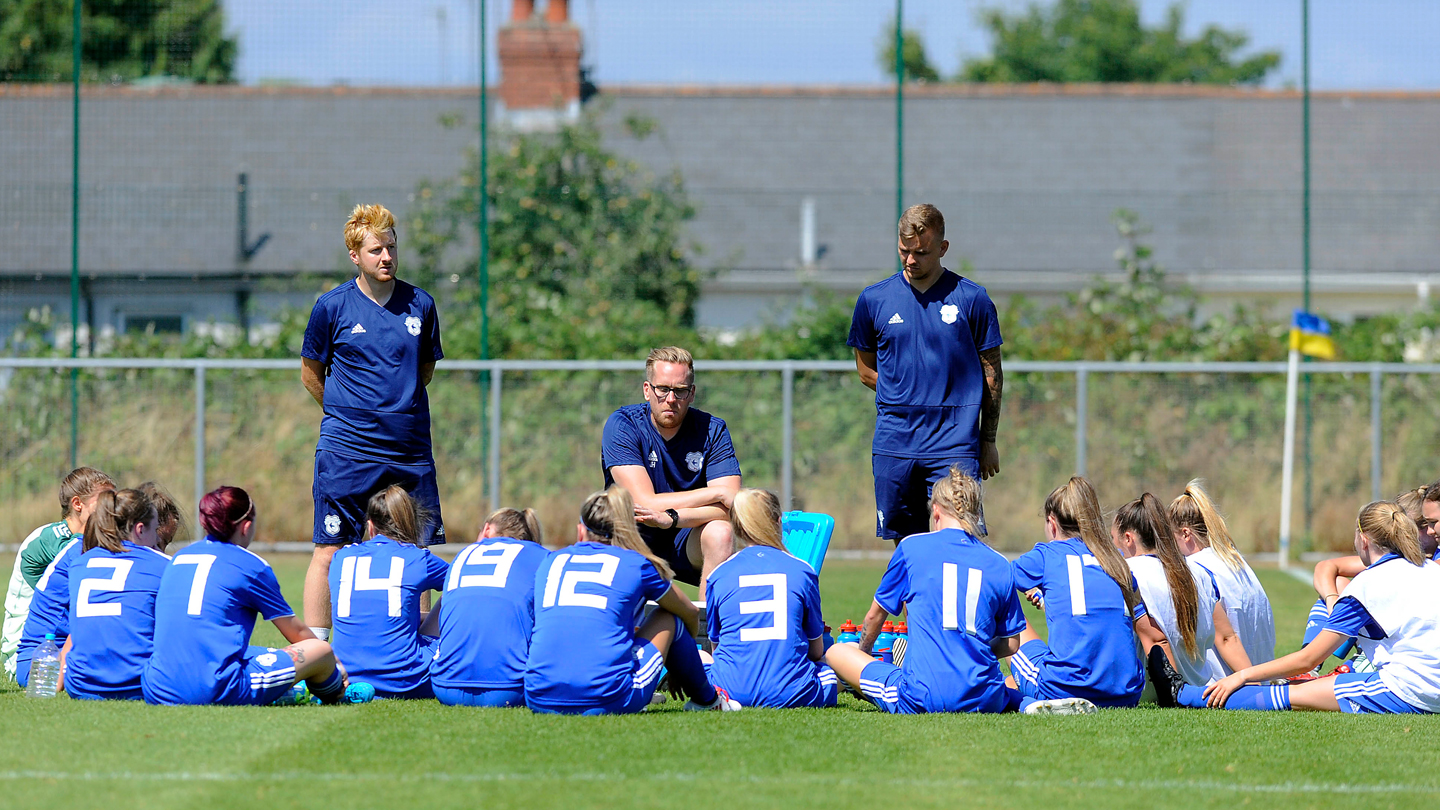 This match will be another tough test for our Women’s side at Cardiff International Sports Stadium. Entry for this match is also free of charge for all supporters.

“We’re absolutely looking forward to the challenge,” Cardiff City FC Women’s manager Joel Hutton began. “Larkhall are a team we played a couple of years ago now. They’re a physical team and a side that we wouldn’t come across normally in our domestic league. I think that it’s important that the girls are playing against teams they wouldn’t usually encounter. They don’t know what to expect when they come up against the opposition. It’s a completely different task for them.

“First and foremost, it’s about getting the players to match-speed. Some of them have done different levels of activities over the close season. Fitness wise, match minutes and getting back into competitive football again is what we’re aiming for. This will hopefully benefit the team for our upcoming season. “Pre-season gives us an opportunity to play around with players in a couple of different positions - with the focus working towards playing a particular system when the season begins in September.

“We came in to pre-season earlier this year. We’re aiming to improve the fitness amongst the squad. It’s important to get everyone up to speed. The girls went to three boot-camps on the first three Sunday’s back. Now it’s important to get as many games in as possible.”

No-nonsense defender Siobhan Walsh, who captains Hutton’s side, added: “We’re looking forward to Sunday’s challenge. It’s good to get the game time. We’ve also got new players coming in so it’s important that we strive together as a team ahead of the start of the season.

“It’s a new challenge playing against a different style of opposition. This Sunday, we’re not playing a side that we’re going to play week-in and week-out. They’re a decent standard of opposition as well, so it’s a good test for us.”