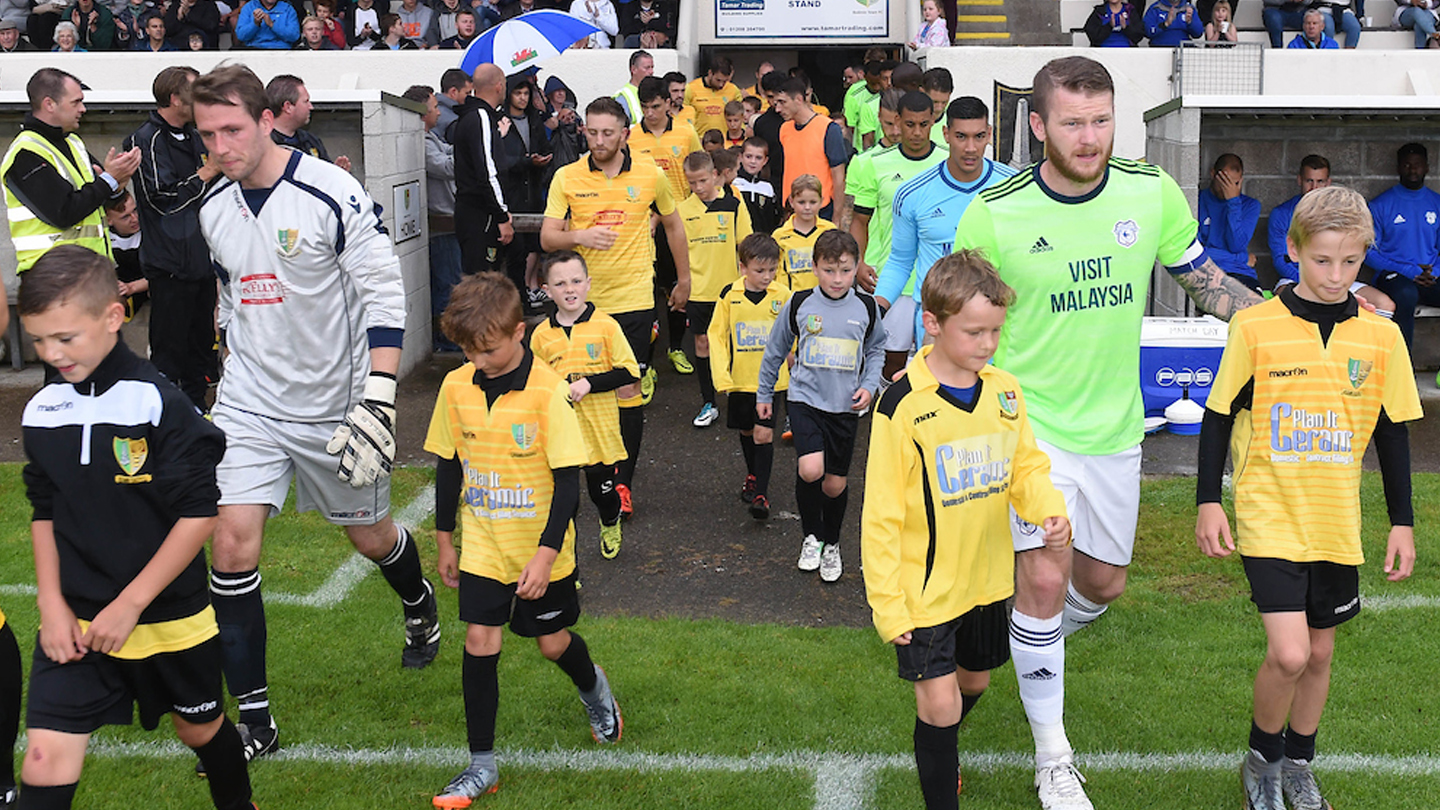 Cardiff City face Bodmin Town in the second game of their tour of Devon & Cornwall on Wednesday, 18th July at Priory Park - 7pm.

The Bluebirds kicked off their tour on Monday with a resounding 6-0 victory over Tavistock AFC at Langsford Park.

For those wishing to attend, tickets are available on the gate at £10 for adults, £7 for senior citizens and £2 for under 16s. Souvenir programmes, a 50/50 draw and hot/cold refreshments will also be available at the ground.

Adam Carter was top goal-scorer after converting 47 times from the same number of appearances – he was awarded the Len Sandry Shield. The striker scored a brace against City last season in our 7-2 victory over Tavistock.

Bodmin Town have completed two pre-season friendlies this campaign – losing 3-1 at home to Truro City on Tuesday, 10th July and winning 6-1 away at Bere Alston, four days later. Our U23s defeated Truro 0-2 at Treyew Road on Sunday. Anthony Pilkington’s curling effort broke the deadlock, after 35 minutes and Paul McKay sealed the result by tapping home from close-range, three minutes after the interval.

After tonight’s match, our hosts will play three friendly fixtures against Porthleven, Liskeard and Perranporth. Their competitive season begins on Wednesday, 8th August – with a home fixture against Newquay. After last season’s fifth place finish, the Black and Ambers will look to improve on their standing and compete for promotion to the Western League Premier Division.

Damour seemed intent on scoring and succeeded after two long range efforts were blocked. The midfielder’s strike from range beat goalkeeper, David Painter, and got the Bluebirds off the mark.

After 30 minutes, the Cornwall side were awarded a penalty as Adam Kelly went down. Ben Watson stepped up and calmly slotted down the middle to make the score 1-1.

After the interval, it took City six minutes to re-establish their lead through Damour. From the left flank, Danny Ward squared a pass on a sixpence to the Frenchman, who struck home for his second. Two minutes later, Zohore secured the result with the simplest of headers - the Bluebirds’ third victory from three pre-season games.