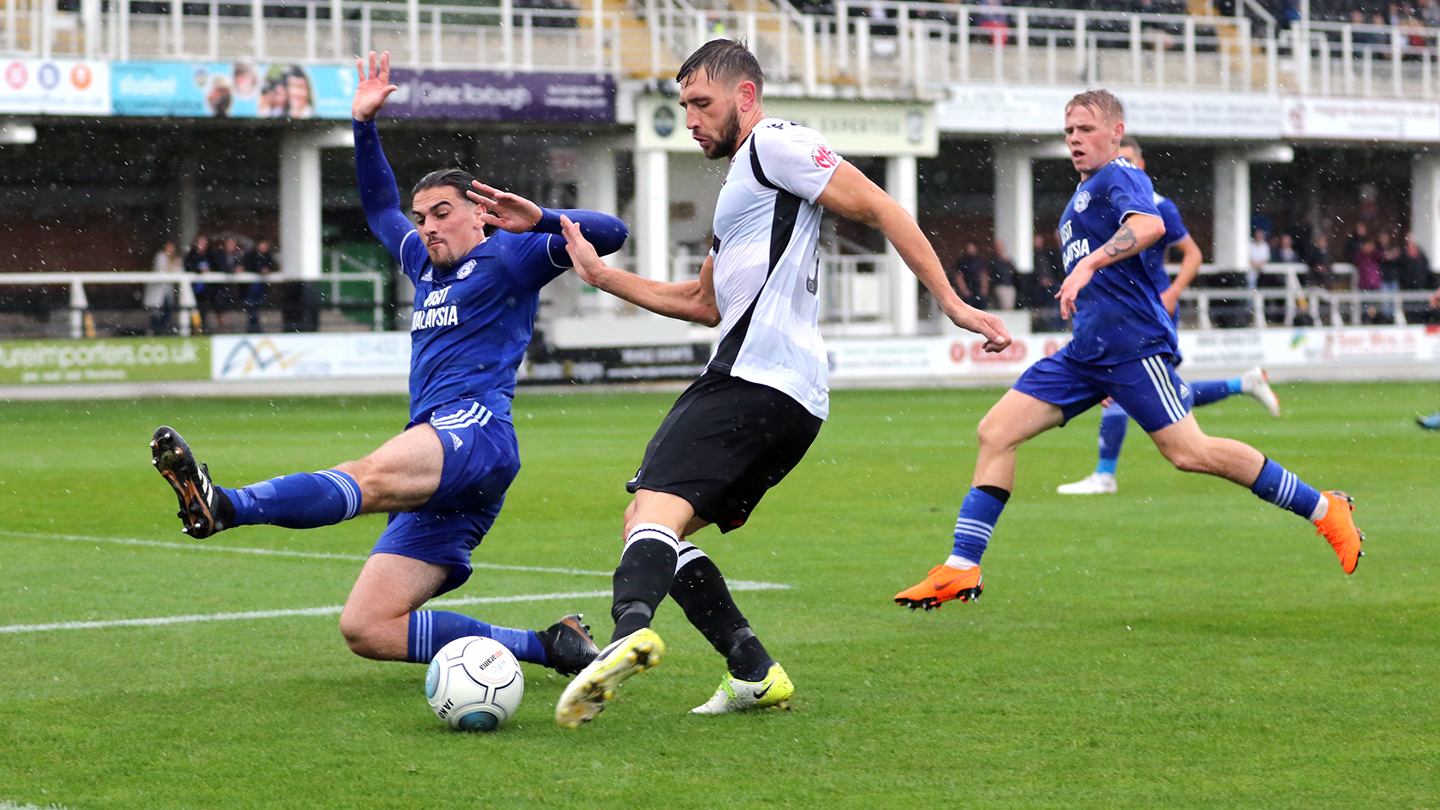 U23 head coach Jarred Harvey named a strong side for the clash against the Bulls with several First Team professionals in the starting line-up, including Matthew Connolly, Kadeem Harris, Anthony Pilkington, Lee Tomlin and Omar Bogle. Captain Lee Camp started between the sticks, with Stuart O’Keefe and James Waite in the centre of the park.

The first real chance came after only three minutes, with a former Bluebird going close. Academy graduate Jamie Bird put a free-kick just over the crossbar from the edge of the City box. Pilkington almost opened the scoring a few minutes later, though he was unable to get a touch on Tomlin’s corner.

The hosts, who were promoted to the sixth tier of English football last season, had the majority of the first-half opportunities. Forward Jennison Myrie-Williams went close to finding the far corner but saw his low shot whistle wide of the post. Harry White also put an effort wide of goal, before former Bluebird and Wales international Ryan Green headed over from a free-kick, ensuring the sides went in at the break with nothing between them.

The Bluebirds picked up their game in the second period, opening the scoring nine minutes after the break. Kadeem Harris picked up the ball on the left flank and drove forward, delivering a superb cross which Omar Bogle neatly converted with his head. Substitute Rhys Healey almost added another, with a looping header which almost caught out Hereford ‘keeper Dean Lyness.

The lead was extended with twenty-three minutes remaining, with Pilkington finding the back of the net. A mazy run from Lee Tomlin saw the midfielder evade three opponents and enter the box. Tomlin then laid the ball off to Pilkington, who applied a cool finish into the far corner to double City’s advantage.

The Bluebirds continued to dominate, with Harris and Healey going close in the final twenty minutes. Healey forced a last-ditch diversion which almost resulted in an own-goal, whilst Harris’ shot from the corner of the box was not far away from the top corner.

With the result in no doubt, the Bluebirds added to the score-line in injury time, as Healey deservedly got himself on the scoresheet. He worked hard on the halfway line to dispossess his opponent and send Pilkington racing through on goal. The Irishman returned the favour, sending a low cross back to Healey who duly obliged by tapping home City’s third.

The full-time whistle confirmed victory for the Bluebirds, who lifted the HFA Invitational Cup to round off an excellent performance. Harvey’s side will face Wealdstone on Tuesday evening, as they look to maintain their 100% record this summer.