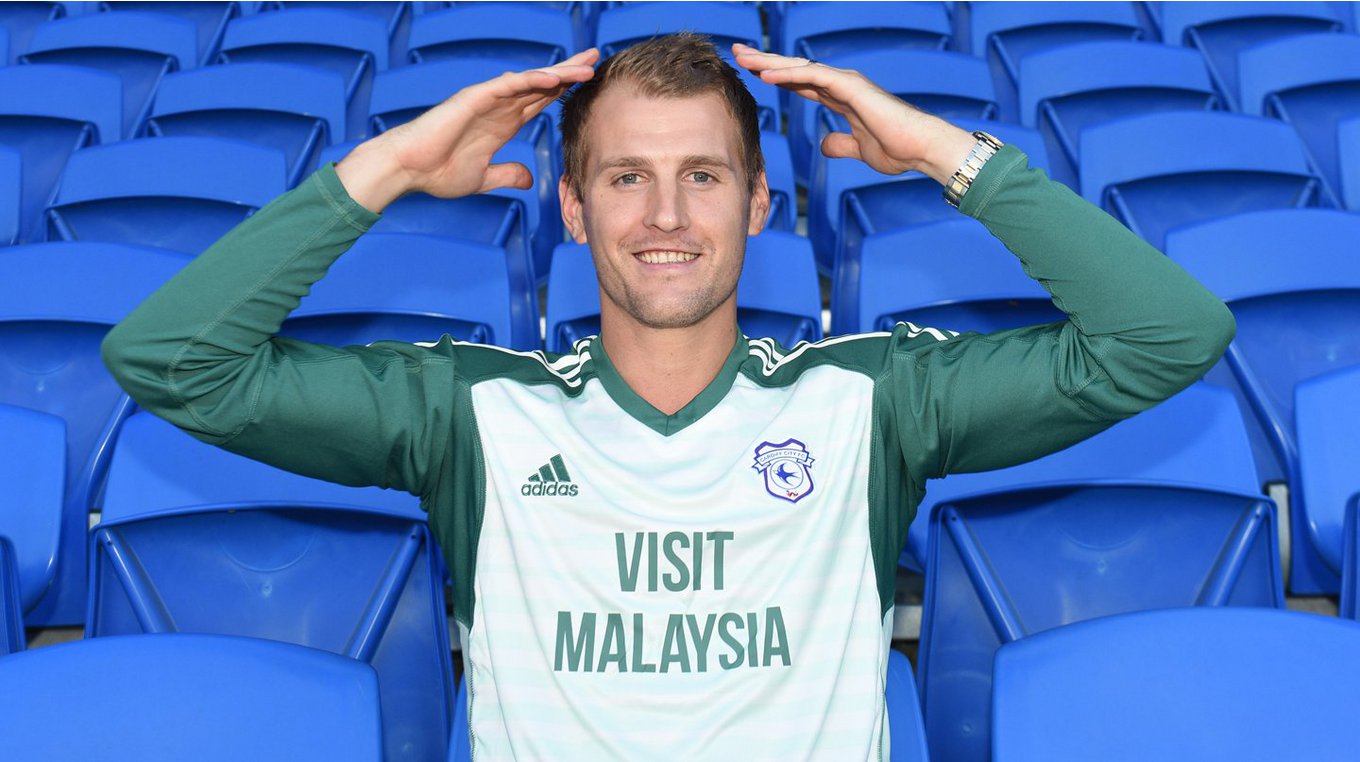 Alex Smithies spoke exclusively to Cardiff City TV following this morning’s confirmation of his arrival in the Welsh capital.

Watch Alex Smithies' first interview as a Bluebird exclusively above...

The 28-year-old ‘keeper began by telling us how much he is looking forward to pulling on the City shirt in the Premier League.

“It feels fantastic,” he said. “I’m delighted to get it over the line. I’m looking forward to being a Premier League footballer for Cardiff City - it’s a fantastic opportunity for me.

“With the atmosphere at the Club at the moment, it’s a great place to be. They had a fantastic season last time out and thoroughly deserved to get promoted.”

Neil Warnock earlier explained he expects Smithies to provide healthy competition for Neil Etheridge as they vie for the Bluebirds’ no. 1 shirt.

Indeed, the new recruit revealed that he’s eager to start working alongside his fellow ‘keeper on the City training pitch.

“It’s going to be difficult,” he admitted. “Neil had a really good year last year, and only one player can play in goal. I’m going to do everything I can to get in the team.

“It will be a tough challenge but I think we will both push each other on and that will help the team."

Alex played alongside Junior Hoilett during his time at QPR. However, the Canadian international - fresh from signing a new City deal - isn’t the only familiar face among the Bluebirds squad…

“I’m very good friends with him and I played with Sean Morrison, Anthony Pilkington and Lee Peltier too. There are a lot of boys that I do know so I think that will help me settle in.”