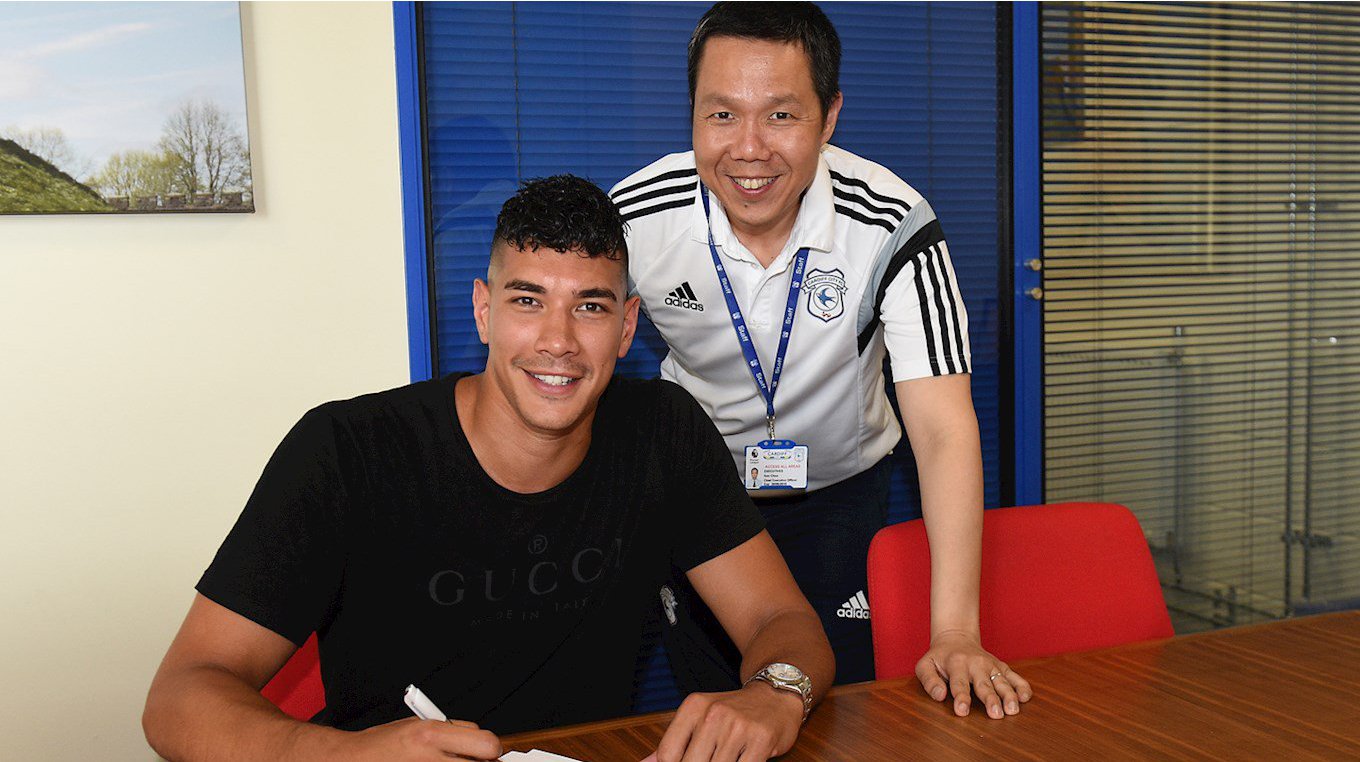 Cardiff City FC are delighted to announce that Neil Etheridge has signed a new contract with the Club.

The ‘keeper’s new deal sees him commit his future with the Bluebirds until the summer of 2021.

Having made the move to South Wales last summer, Neil had a superb debut season in the Welsh capital.

He played in all but one of City’s 46 Sky Bet Championship matches and kept a grand total of 19 clean sheets, firmly establishing himself between the Bluebirds’ posts.

His success continued on the international stage as he achieved qualification for the 2019 Asian Cup with the Philippines.

And a near perfect season for Club and country was, of course, rounded off with the Bluebirds’ promotion to the Premier League.

Having put pen to paper on his new deal, Neil spoke exclusively to us in an interview which you can watch in full on Cardiff City TV.

“The Club has been great to me since I started,” he said. “We had a fantastic year last year and it’s been great to continue that and extend my deal.

“Every game is going to be a great experience – all of them. Of course, you’ve got Old Trafford, Stamford Bridge… I could go on and on about all of them.

“But I’m looking forward to the first game of the season, then coming back here for a full house against Newcastle. I can’t wait.”

Executive Director & CEO, Ken Choo, said: “We are delighted to see another of our key performers from the 2017/18 campaign commit his future to the Club.

“Neil enjoyed a fantastic first season here at Cardiff City, and I’m sure the supporters are just as pleased as us to see him sign this new deal.

“We look forward to seeing him continue to grow as a player and giving his all for the Bluebirds.”