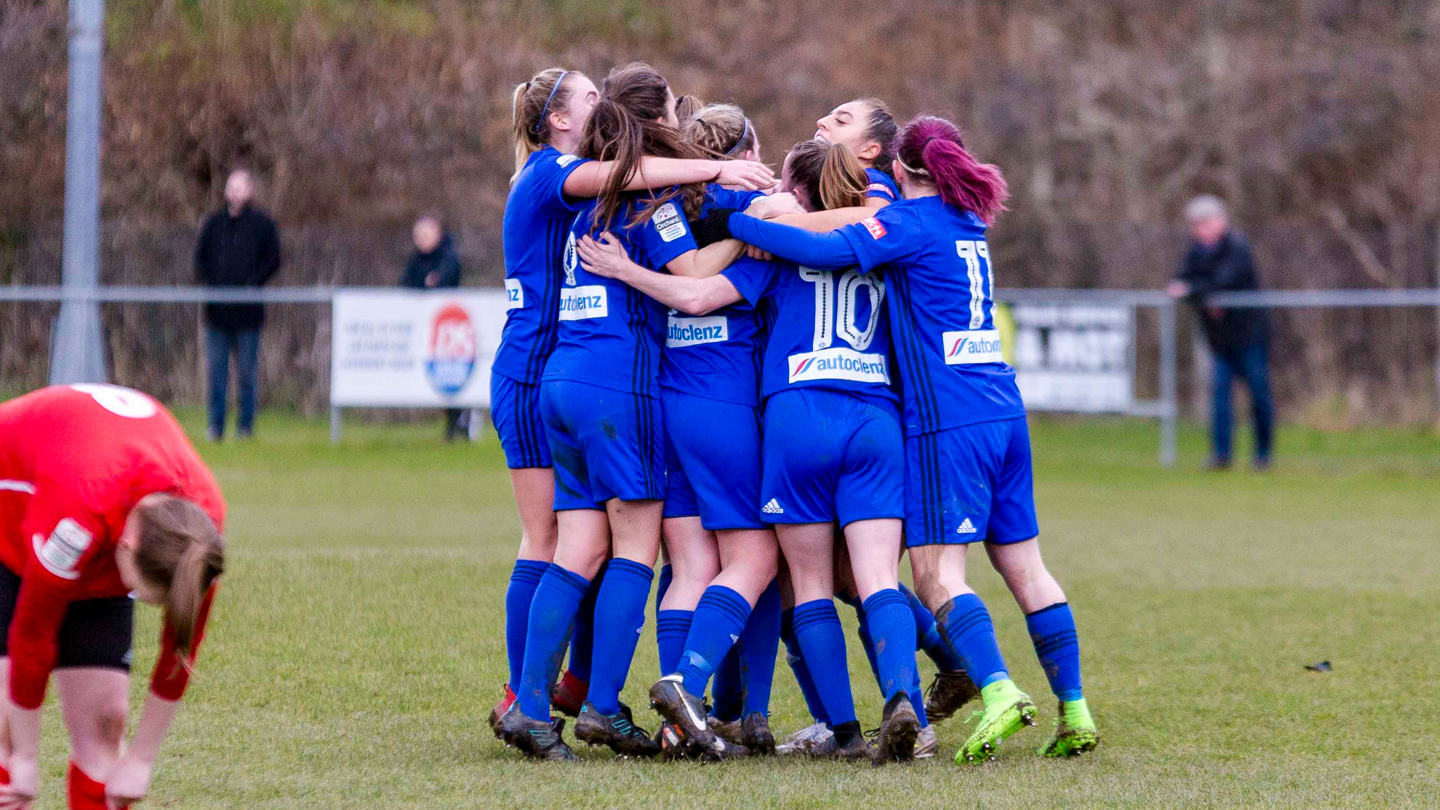 City’s first opportunity came after six minutes through Lisa Owen. Lucy McDonough dispossessed Cyncoed’s Jessica Williams on the edge of the area with the ball arriving at the feet of the midfielder, but she fired just over.

Cyncoed Ladies had a terrific chance to break the deadlock six minutes later. Caitlin Bevan strode into the area but Siobhan Walsh did brilliantly to track back and regain possession.

The opposition had a further opportunity after 27 minutes. Clare Daley found herself with possession on the edge of the area and Ceryn Chamberlain rushed off her line to parry the resulting effort away.

It was end-to-end football in South Wales with City next to try their luck. Alana Murphy entered the area from the left wing but her strike was saved well by the opposing goalkeeper.

The Bluebirds were rewarded for their attacking efforts with just moments left in the first-half as they took the lead. Murphy producing a stunning, pinpoint chip from range which dipped over Laura O’Sullivan’s head to give City a deserved advantage.

After the interval, opportunities became a rarity as both defences stood strong.

However, in the final 18 minutes City had a few promising opportunities as they looked to double their advantage. Owen’s finesse shot from the right flank was superbly tipped away by O’Sullivan. Murphy then had two opportunities within the space of five minutes as she aimed for a brace. The forward struck from around 20-yards and the ball sailed agonisingly over the crossbar. Then, she saw her effort beat O’Sullivan before being cleared by a covering defender.

Cardiff City remained resilient in the final minutes and closed the game out to seal their place against Swansea City in the FAW Women’s Cup Final.