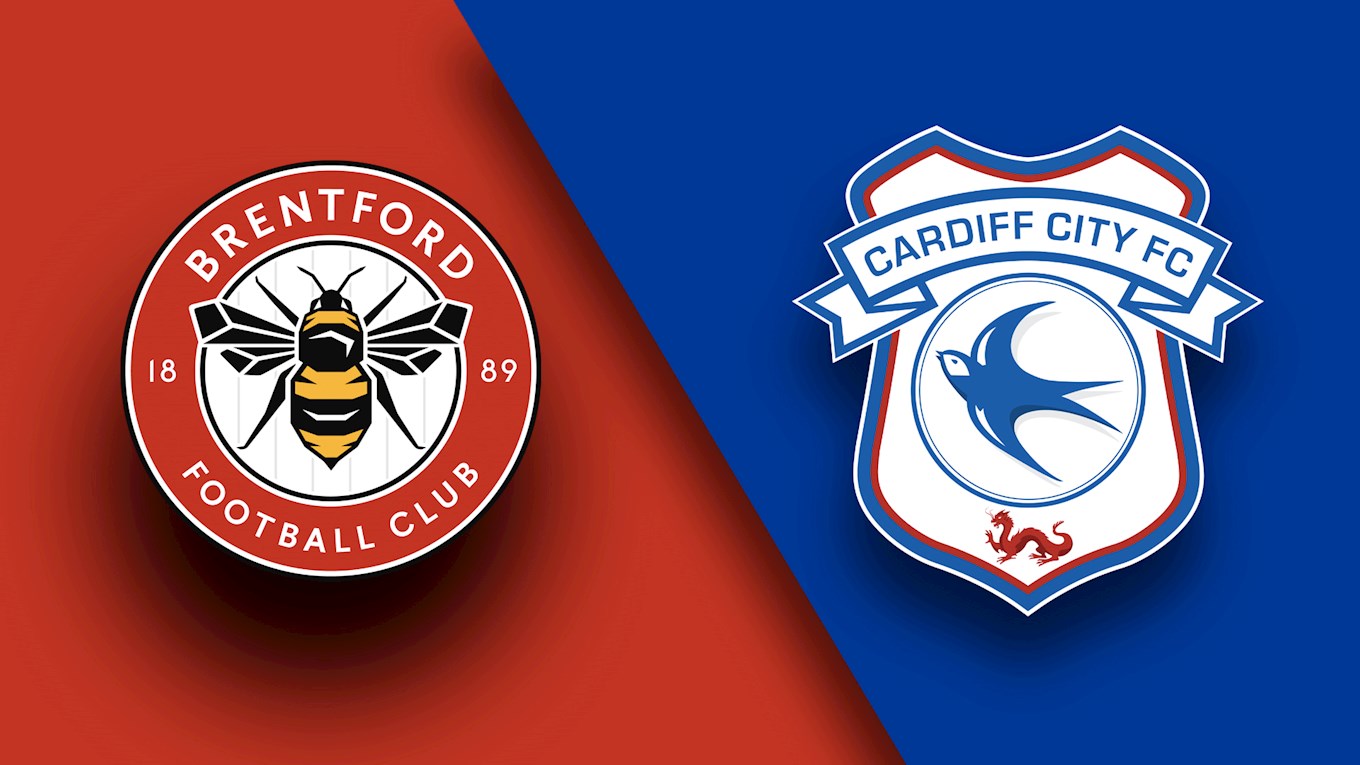 Match preview for Brentford vs Cardiff City on 13 Mar 18

Cardiff City travel to West London for their rearranged clash with the Bees on Tuesday evening, looking to build on a ten-match unbeaten run in the Sky Bet Championship.

Brentford host the Bluebirds following a 1-0 defeat against Millwall at the weekend, just their fourth loss since the turn of the year.

The fixture, originally scheduled for 3pm on Saturday, 3rd March, was postponed due to adverse weather conditions at Griffin Park.

What to expect from the Bees…

Dean Smith’s side currently occupy 11th place in the Sky Bet Championship table, with 14 wins from 36 games thus far. Eight points separate the Bees and the play-off places, who still have to host promotion hopefuls Middlesbrough and Sheffield United.

Forward Ollie Watkins tops the Brentford goal-scoring charts in this campaign, netting on 11 occasions, including a brace in their 5-0 win over Birmingham City in their last home fixture. The 22 year-old has also registered five assists in all competitions this season. Frenchman Neal Maupay is just behind his teammate on nine goals and the same number of assists.

Denmark international Andreas Bjelland has been an important figure in the heart of defence for the Bees, making 33 appearances so far this season. He was forced off in Saturday's defeat to Millwall though, and looks likely to miss out this Tuesday.

This is only Smith’s second managerial spell since the beginning of his career in 2011. The 46-year-old began as Head of Youth with Walsall in 2009, before being appointed caretaker boss two years later.

Following four years with the Saddlers, Smith made the move to Griffin Park, replacing Mark Warburton in November 2015. Last time out, he guided Brentford to a tenth-place finish in his first full season in charge.

The reverse fixture in November saw the Bluebirds run out 2-0 winners as Joe Ralls and Danny Ward both netted in the first half to secure the three points.

City are undefeated in the last three meetings between the two sides, with a 2-1 win in April of last season at Cardiff City Stadium and a 2-2 draw the last time the two sides met at Griffin Park.

City no.11 Kadeem Harris spent the first half of the 2013/14 season on loan with the Bees, impressing at Griffin Park as he made 11 appearances and scored on two occasions.

Other players to sport the jerseys of both sides include Tom Adeyemi, Tommy Smith, Simon Moore, Ben Nugent and Conor McAleny.