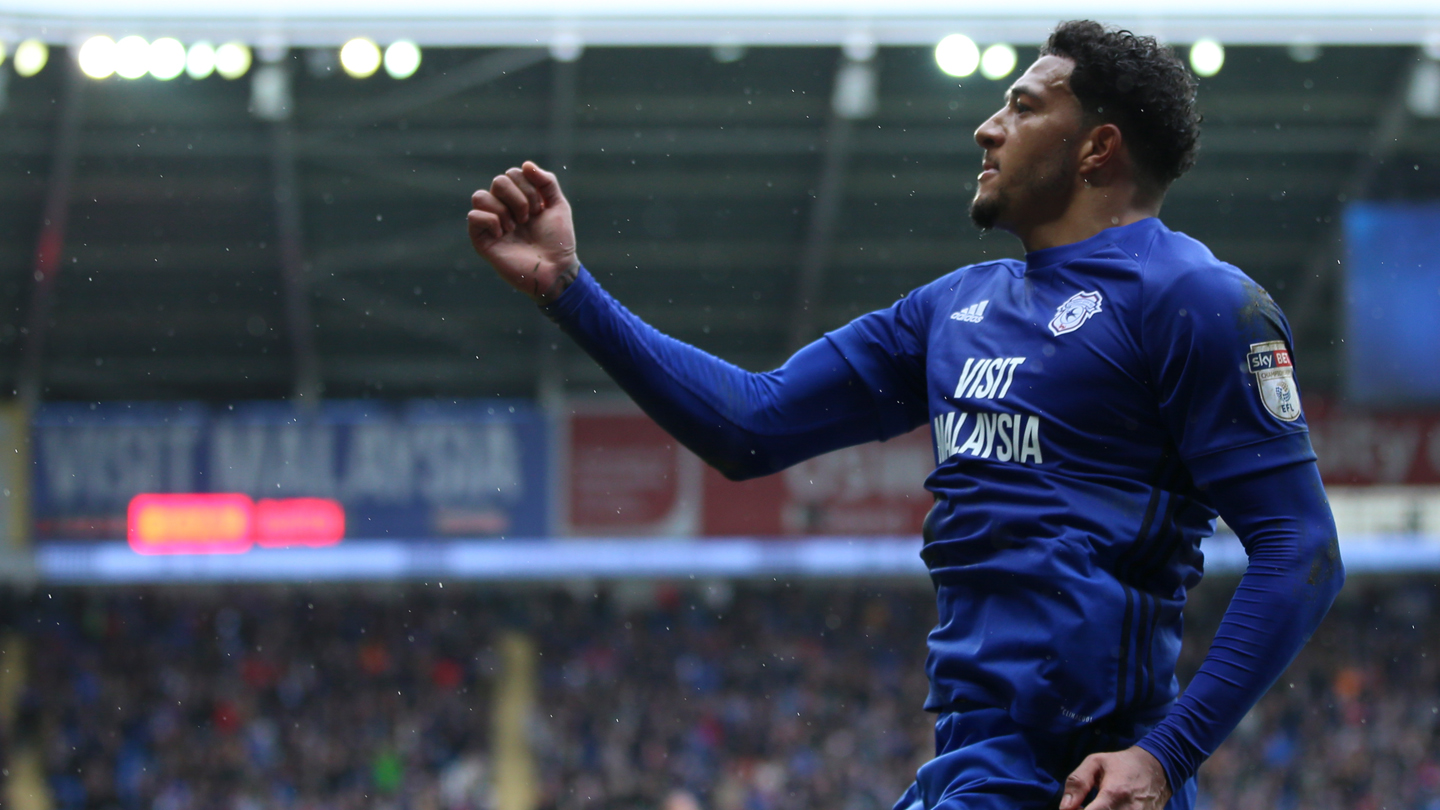 Nathaniel Mendez-Laing’s fine form continued on Good Friday with a stunning strike against Burton Albion in the 3-1 victory.

It marked the forward’s seventh strike of the campaign and helped the Bluebirds’ onto an eighth Sky Bet Championship victory in the process.

Speaking exclusively to iFollow Cardiff City on the final whistle, Nathaniel said: “It was important that we came back after the [international] break and got the three points.

“We knew it was going to be a tough game: maybe one of the hardest with them sat in. But the Gaffer told us it didn’t matter how we won, just that we got the three points. That’s what we did.”

Kenneth Zohore had opened the scoring after 16 minutes on the day, before Burton responded with an equaliser six minutes later.

The visitors showed plenty of endeavour and spirit for a spell thereafter, though Mendez-Laing’s clinical finish on the stroke of half time put the game firmly back in the Bluebirds’ hands.

“It was a great flick-on from Ken [Zohore] and the angle was a bit tight for me,” said Nathaniel.

“But I saw the ‘keeper go down quite early and I thought I’d just lift it.”

With the final push now underway and a good rest behind them, the Bluebirds now focus on a trip to Sheffield United on Monday.

It’ll be City’s first trip to Bramall Lane since 2011 and, with the Blades pushing for a Play-Off spot, Mendez-Laing is in no doubt of what will be needed on Easter Monday in Yorkshire.

He continued: “We’ve got eight games to go and they’ll come thick and fast. We just need to keep pushing and see what happens.

“We’ll be back on the TV on Monday which is nice, although it doesn’t really change anything [on the field]. Hopefully we’ll go there and get another three points.”