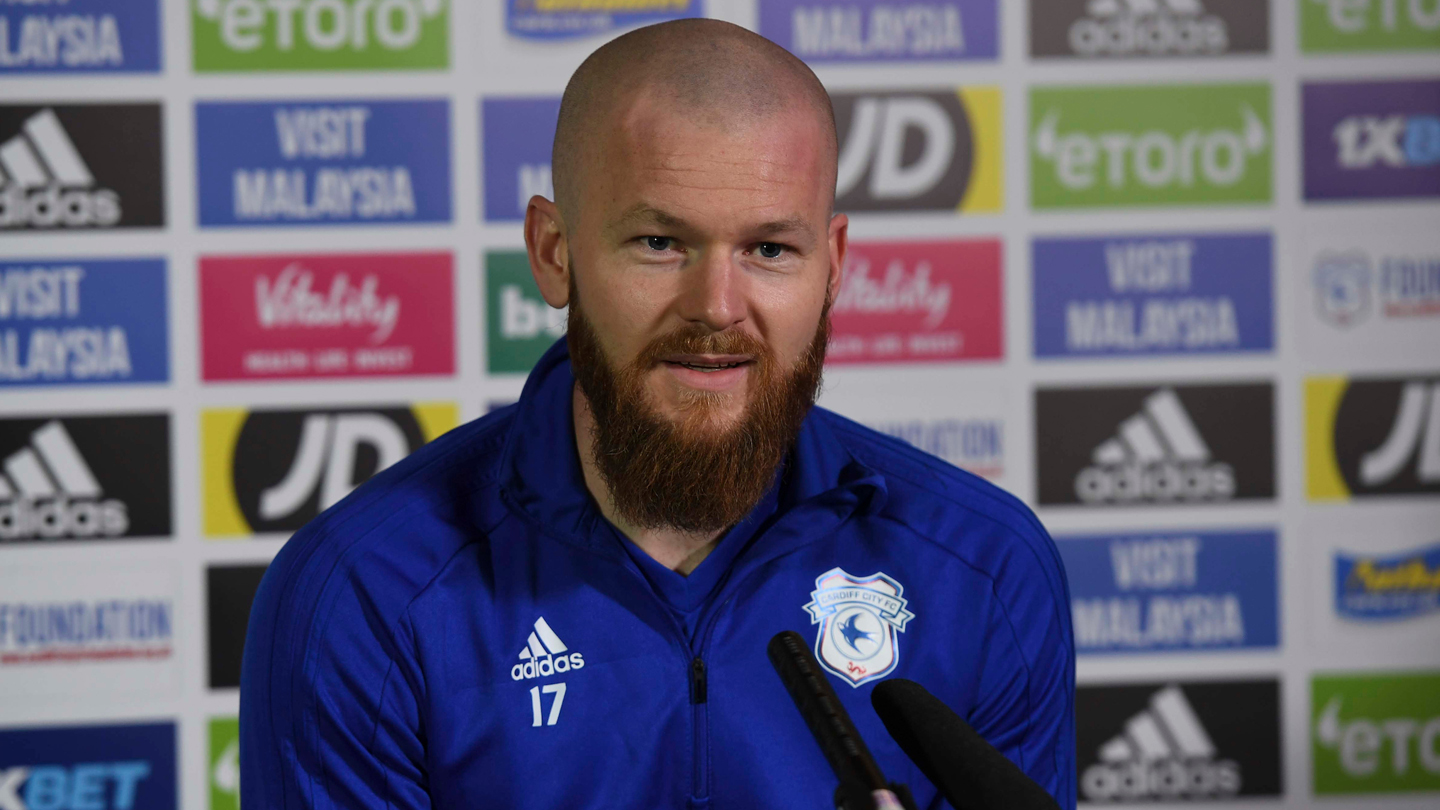 Gunnarsson: We're growing as a team!

Ahead of their away clash with Everton on Saturday, Aron Gunnarsson spoke to the assembled media at The Vale Resort.

Gunnarsson, who has been instrumental in the team since returning from injury, discussed his recovery and the Bluebirds' form so far.

"I’m getting there," the midfielder began. "I’m hoping to train a lot more now and get into the rhythm of training with the boys.

"I needed time to recover properly at the start of the season, and the gaffer and the physio’s were brilliant with me. They gave me a little bit of time to actually recover properly and hopefully make a whole season out of it instead of coming back and breaking down. I’m happy with how it’s going at the moment.

“We felt the pressure of winning the game against Brighton after they had a man sent off. We go into every game wanting to win, but we knew it was going to be hard considering how good Brighton are.

“Winning that game gave us confidence, after the game you could all see how relieved we were getting the three points. We want to make our stadium a fortress and getting as many points as possible is going to be important this season."

Looking ahead to the match at Goodison Park on Saturday, the Icelandic international continued: "They're a free-flowing team who have doing doing well this season, and we need to be careful with them. It's going to be another tough away game. We know that.

"We're growing as a team. The games against Fulham and Brighton have given us confidence going forward."