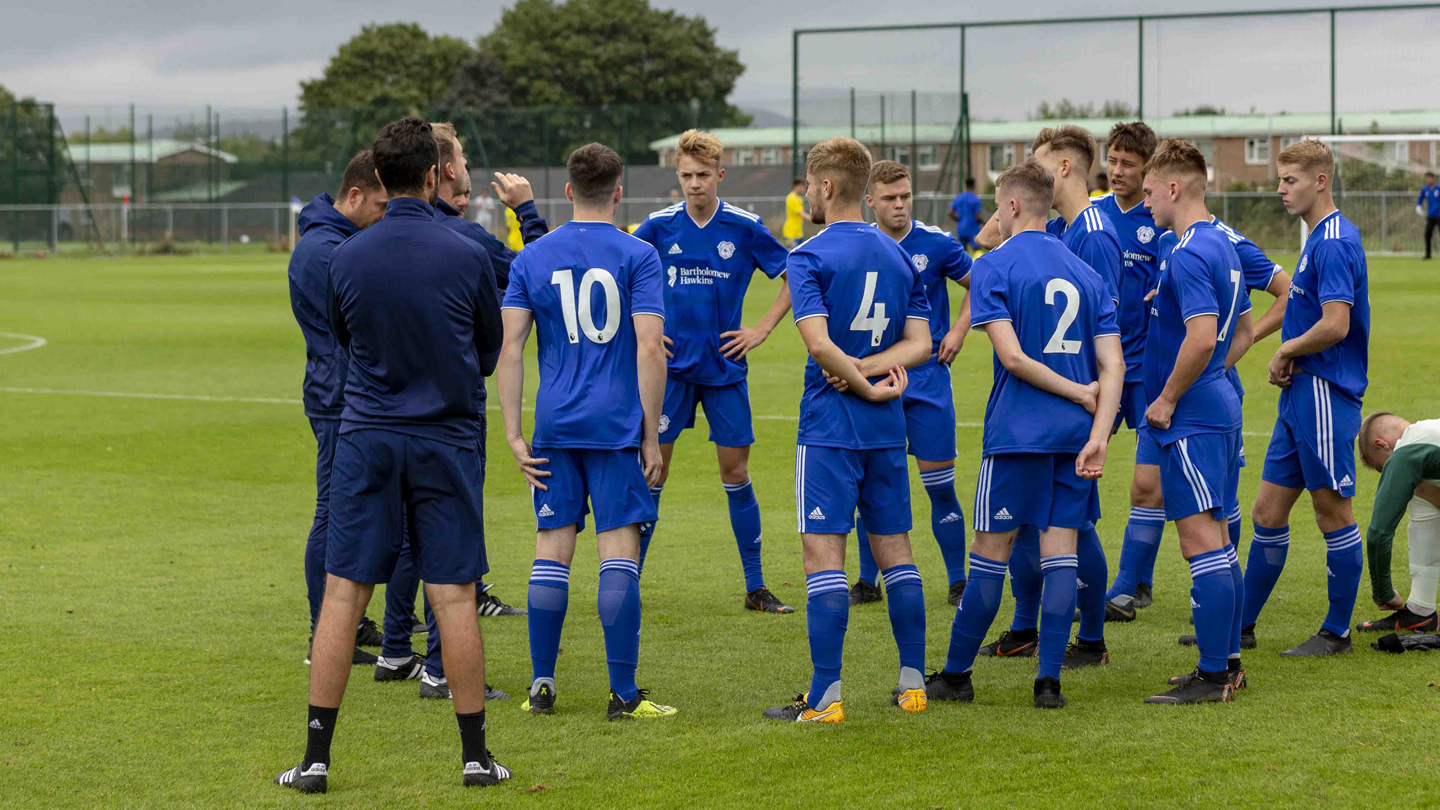 Craig Bellamy’s side welcome the Lions to Cardiff International Sports Campus as they return to league action this Saturday, 12PM Kick-off.

City come into the encounter on the back of an 11-0 win in the FAW Youth Cup against Taff’s Well on Sunday, November 25th – a result which sets up a tie with Llanelli Town in the quarter-finals of the competition.

Millwall are currently sat in 2nd place, three points behind Cardiff City, who remain top of the U18 PDL South with 24 points from 11 games. A recent six-game unbeaten streak has helped Chris Perry’s side climb the league table, setting up a top-of-the-table clash with the Bluebirds.

The visitors finished in fifth place last year with 47 points from 29 games, which left Perry’s U18s just a point behind the Bluebirds. They accumulated fourteen wins and five draws over the course of the season, which was the joint-highest finish that Millwall have achieved in the past five years.

Despite having a reasonable amount of success in the league, the same couldn’t be said for their FA Youth Cup campaign, when they were knocked out at the first time of asking in the third round of the competition – in a 2-1 defeat to Reading away from home.

The visitors are managed by Chris Perry, who joined the club in July 2015. The 45-year-old brings a wealth of experience in the game, having made over 400 appearances as a defender over the course of almost two decades. Perry most notably appeared for Wimbledon 167 times in an eight-year spell at the Dons’, whilst he also made 120 appearances for Tottenham Hotspur between 1999 and 2003.

Perry is assisted by Larry McAvoy, who has worked at Millwall for a number of years, progressing up the age groups from U9 to his current role as U18 coach.

The young Bluebirds have a mixed record against their counterparts, having only won one of their last four fixtures against the visitors. The most recent meeting between the two sides was a 1-0 victory for Craig Bellamy’s side in February this year.

The only other home meeting in the past four games was in January 2017 – where Isaak Davies’ first-half goal was cancelled out by Lewis White’s goal seven minutes from time, leaving City largely unrewarded for their efforts and resilience.