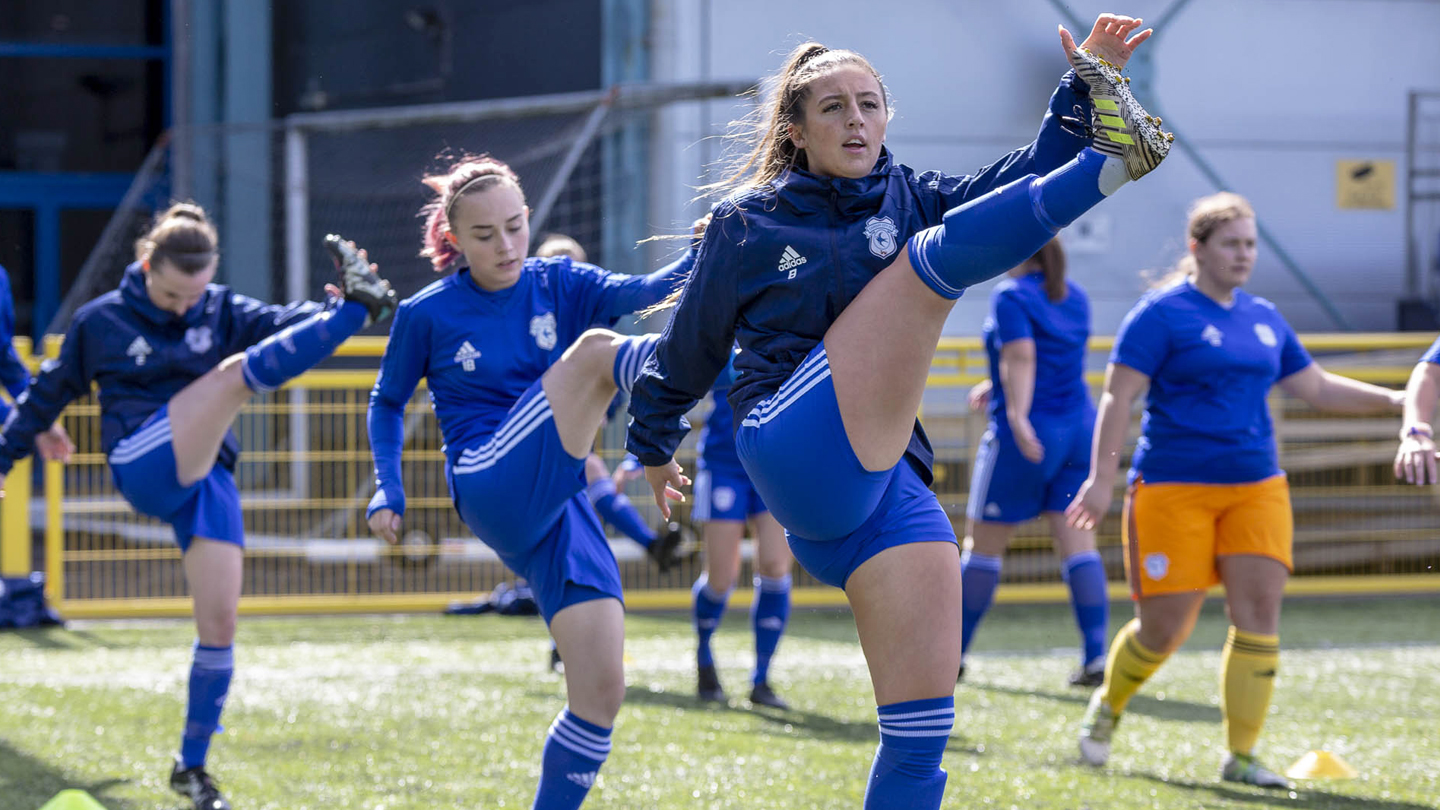 The match was the second consecutive fixture between the sides at City’s home and the hosts broke the deadlock, after 28 minutes, through Lisa Owen’s finish at the second attempt. After the interval the Bluebirds went on to score an additional two goals, through Alana Murphy’s fantastic free-kick and Catherine Walsh’s tidy finish.

“I’m pleased and it was a good performance from the girls,” began Joel after the final whistle. “I think we thoroughly deserved the result after our first-half performance and we didn’t make the same mistake that we did last time against Port Talbot – going in 1-0 up at the break and conceding in the second-half.

“If it wasn’t for the save that Ceryn [Chamberlain] made off the corner, I think it’s a different story at half-time. She had a knock though in a challenge and hurt her neck, so we thought it’d be better to make the change at half-time - it’s a precautionary one more than anything.

“The goals that we scored in the second-half settled us down and we were able to make some changes, so overall, I’m pleased. Kanisha-Mae Underdown put her hand up to say that she touched Alana Murphy’s effort before it went in, so that’s something that we’re going to have to look at in the video.

"We know what Alana is capable of and there was quite a bit of a breeze behind us, so we asked her to test the goalkeeper and whether it took a touch or not on the way in, is irrelevant – it hit the back of the net and that’s what matters.”

He concluded: “It’s a tough tournament, so we’ll wait and see who we get in the next round and that game won’t be until after Christmas anyway, which gives us a better chance to focus on the league. Once we get the Abergavenny back-to-back games in the WPWL and League Cup out of the way, we’ve one tough league game against Swansea City to finish off the year.”

Catherine Walsh scored City’s third and final goal of the encounter and secured her seventh of the season. The forward compared the difference in performance from the last time the Bluebirds faced Port Talbot Town, three weeks previous, before describing her goal and expressing her excitement ahead of the quarter-final stage.

“It’s good to get the win, especially since we got a draw last time we played them. They probably deserved to win the last game more than we did, but we came in today, having not played any games for a long time, so we were all up for it and our performance showed that.

“For my goal, Lisa Owen provided a decent ball and I just put it in the bottom corner – it was a simple finish because the goalkeeper was already out of the goal. Overall, we played really well as a team so I’m happy with that.

“When you get through to the quarter finals, you’re most likely going to come up against more difficult teams, so we’re always prepared, ready and I’m looking forward to the next round.”