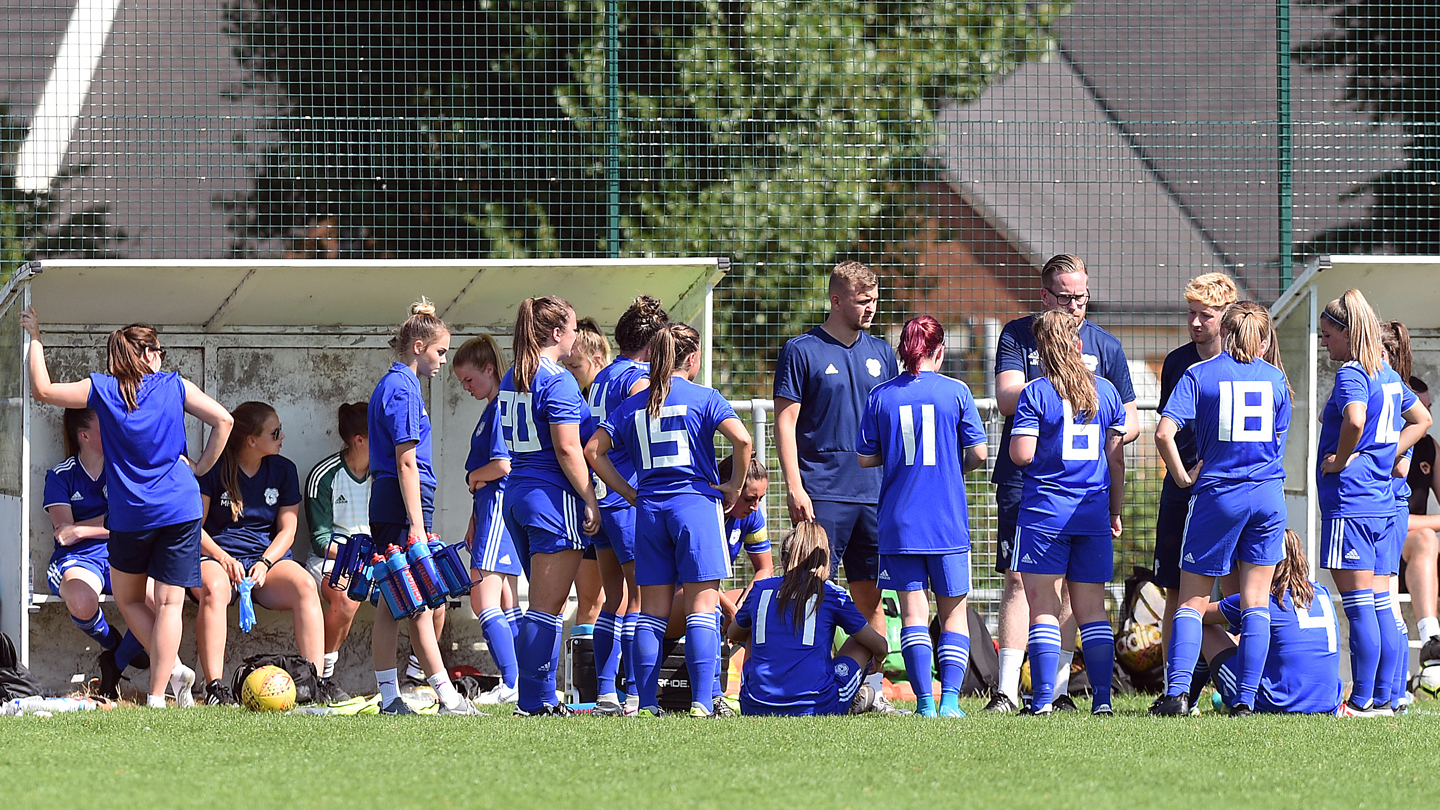 The hosts broke the deadlock, after 32 minutes, by capitalising on the visitors’ opening penalty miss and scoring through Alana Murphy, just one minute later. The visitors were awarded an additional three penalties during the encounter and scored only one to equalise.

The Bluebirds got off to a fiery start and utilised the pace of Danielle Green on the left wing, to expose the visitors’ defence. The 23-year-old saw her low cross and shot on goal saved by goalkeeper Vicky Beddows, inside the opening eight minutes.

City continued to pile pressure on the opposition backline and had a trio of chances inside three minutes, shortly after. Bourne blasted an ambitious effort from range that was gathered, then Lisa Owen headed just wide of goal and May’s whipped free-kick caused a scramble in the box that eventually came to a blunt end.

The affair entered a quiet spell before the 30-minute mark, when the first of four Port Talbot Town penalties was awarded. Defender Terri Beddows stepped up and fired wide of the left upright. However, the hosts responded in fantastic fashion and took the lead just one minute later. Skinner’s goal kick eventually found September’s WPWL Player of the Month Catherine Walsh and she poked the ball through for Murphy, who finished beautifully off her left foot – sealing her sixth goal of the 2018/19 WPWL campaign.

Murphy’s confidence on the ball was visible and perhaps the forward took inspiration from Bourne’s earlier ambitious attempt, because she lofted a long range shot agonisingly close over the crossbar 36 minutes in.

After the interval it took two minutes for the visitors to equalise. The referee pointed to the spot for a second time and No. 9 Natalie Ashford made no mistake in finishing down the middle. Then eight minutes later, the away side were gifted another spot-kick and Ashford stepped up again, only to strike the crossbar.

With 25 minutes remaining, Green demonstrated her flair on the ball once again and came close to regaining the Bluebirds’ advantage. The winger dashed down the left flank, played a one-two with Murphy and went through on goal – but her effort was saved.

For the remainder, both teams were giving their all to take the lead and it was end-to-end action at Cardiff International Sports Campus. After 66 minutes, Skinner demonstrated her International class by pulling out a superb stop to deny captain Jessica Hammett’s finessed shot from close range. Then two minutes later, May’s corner was flicked on by Green, before Carys Davies’ foot directed the ball towards her own goal, which allowed Bourne to head on target before Vicky Beddows saved.

Port Talbot Town had a terrific opportunity to take three points with three minutes of the 90 remaining – as the referee awarded a fourth penalty. Hammett took on the responsibility and skied her shot over Skinner’s goal. That proved to be the last action of the match and the Bluebirds gained a point from their opening home fixture of the current WPWL season.