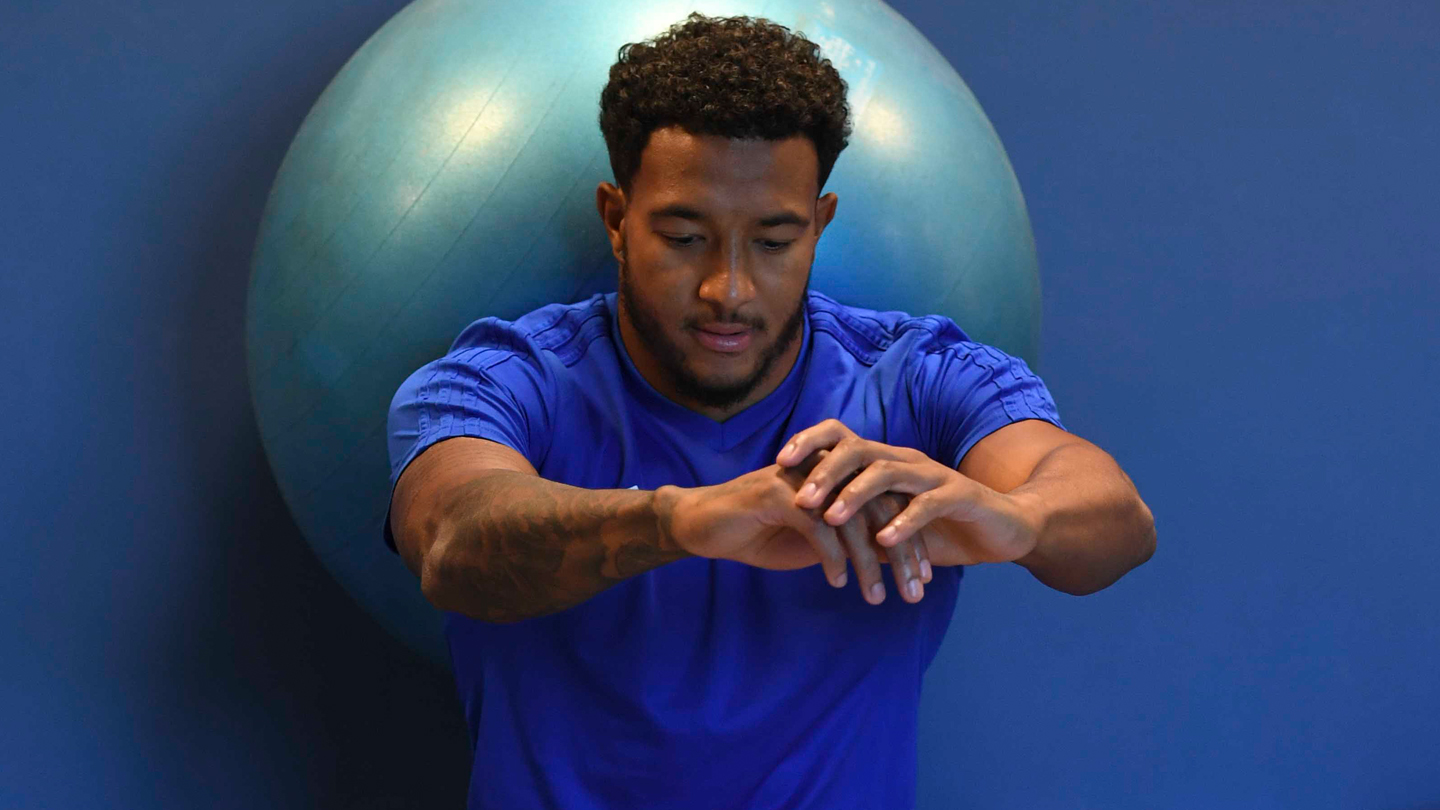 We check in on Nathaniel Mendez-Laing's recovery process, as the winger eyes a speedy return from the sidelines...

Mendez had featured in all three of the Bluebirds' opening Premier League games when his promising start to the 2018/19 season was halted through injury.

Having looked sharp in the opening exchanges of City's away trip to Huddersfield Town, he raced in behind at the John Smith's Stadium to bear down on goal. But what looked to be an opportunity to give the Bluebirds an early lead in the contest wasn't to be, as he collided with Ben Hamer in the Terriers' goal.

“It was very frustrating," said the winger as he reflected on the incident. "Especially because it was that early in the Premier League season, but also it was a great opportunity to score a goal.

Tasked with helping Mendez-Laing back to a full recovery is City’s Head of Medical Services, Matthew May.

Working alongside the Bluebirds’ medical team, Matthew gave us an insight into the winger’s day-to-day rehabilitation process as he set out the timescale for his return to first-team action.

"He’s done really well,” Matthew told us. “He’s a couple of months in post-injury now, and he’s just starting on the anti-gravity treadmill. There’ll be a two-week build-up on that before we’ll get him out on the grass. So, we’re hopefully looking to see him back to training and match-play around six weeks from now.

“While tearing any ligament isn’t a good thing, his injury to the Posterior Cruciate was better than doing the Anterior. That meant he could avoid surgery, which has shortened his return time without risking his longer-term future.

“He has been exemplary as a patient. There are ups and downs with a long-term rehab, but we’re lucky at the training ground to have use of the Vale Resort’s facilities too, so we can mix up his day-to-day scenery. We’ve got several members of staff working with him to keep things fresh. He’s good as gold though, which is a big part of the reason that he’s coming back as quick as he is.”

Nathaniel has been joined in the gym by Lee Peltier, who has also been sidelined with his injury sustained against Manchester City.

Mendez explained that the two Bluebirds have been driving each other on, as his recovery continues to progress.

“It’s going quite well at the moment," he said. "It’s all going to plan. I’ve been working hard with the fitness team in terms of my strength. The physios have been working with me every day, making sure that I’m recovering properly.

“It happens in football - you’ve just got to get on with it. I’ve got a lot of good people around me, and the boys have been great, so hopefully I can get back as soon as possible.

“I’m in with Pelts now as well, it was unfortunate for him to get injured but he’s a good person to have with me because now we can push each other when we’re in the gym."

Nathaniel netted seven goals in total throughout the 2017/18 season, including a brace against Aston Villa and a superb strike to decide our contest with eventual champions Wolverhampton Wanderers in the early stages of last season.

And despite his injury setback, the Birmingham-born 26-year-old uses last season’s success as motivation for his recovery, as he eyes getting back out on the pitch with the team-mates he’s been watching from the stands.

“I’ve been going to our games, and though the results haven’t gone our way, the boys have been doing well,” Nathaniel continued. “They have been hanging in there, and we definitely should have got something out of some of those games, particularly against Burnley last time we were at home. It will change soon, and when it does there will be a big confidence boost for all the boys.

“Seeing the boys training every day is my motivation, I can’t wait to get back out there onto the pitch. I just want to go and help my teammates, so when I’m back that’s hopefully what I’m going to be able to do.”