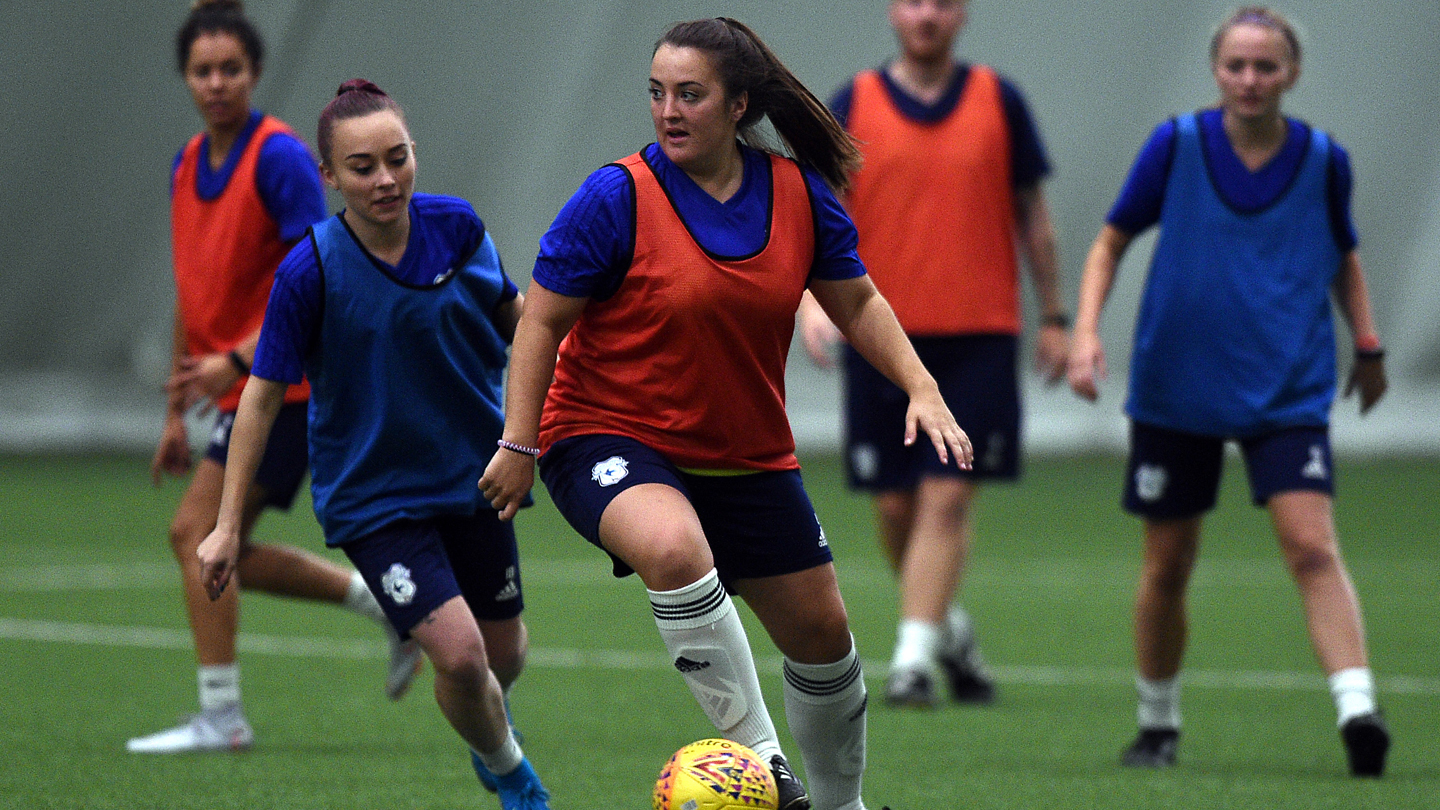 The 24-year-old earned the award following her six goals from the month’s four fixtures, which saw her top the WPWL scoring charts. She still sits there, despite the Bluebirds having played one less match than Cardiff Met, Swansea City, Briton Ferry Llansawel and Llandudno.

During the summer of 2018, Catherine returned from a scholarship in the USA to re-join City for a second spell having originally signed in July 2012. During her time away from the club, the forward battled off two separate ACL injuries and is now back on top form.

Catherine spoke of her elation having received the award, before expressing how crucial the City squad were in her achievement.

“It’s a great honour, but I couldn’t do it without my teammates,” said Walsh. “I’ve been scoring goals and I’ve just got to keep the form going – that’s the main aim for me. When I re-joined at the start of the season, it was really important that we collectively came together as a squad, because it helped me to settle in again.

Following September’s Player of the Month announcement, manager Joel Hutton was full of praise for Catherine and spoke of the experience that she brings to the squad, having previously represented Wales at U19 level and played football in the USA.

“It’s nice for Catherine to have that recognition,” began Joel. “It’s great, especially this early in the season for one of our players to be recognised as Player of the Month, so we’re happy for her and hopefully she continues to keep doing what she’s been doing.

“She worked really hard in pre-season and started the season really well, scoring important goals and taking them well – that’s down to her attitude and application. Catherine won’t mind me saying that she’s a little bit older than some of the girls in the squad and the experience that she’s had, playing at U19 international level and going on a scholarship to the United States, will have a positive impact on the girls.

“Catherine’s come back from the States and settled right back in with the girls this season - it’s been like she never left. I think it’s been four or five years since she last played for us and she’s also returned off the back of two separate ACL injuries - that’s the kind of character she is."

He concluded: “She’s a bubbly and lively character and I think that’s enough in the dressing room for the girls. Catherine’s been doing a fantastic job since she’s come back, so hopefully she can kick on and keep doing what she’s been doing so far.”

Congratulations to Catherine - and Cardiff City FC Women on a fantastic start to the campaign!

Keep up to date with all the most recent news via our official Cardiff City FC Women’s Twitter account, @CardiffCityFCW