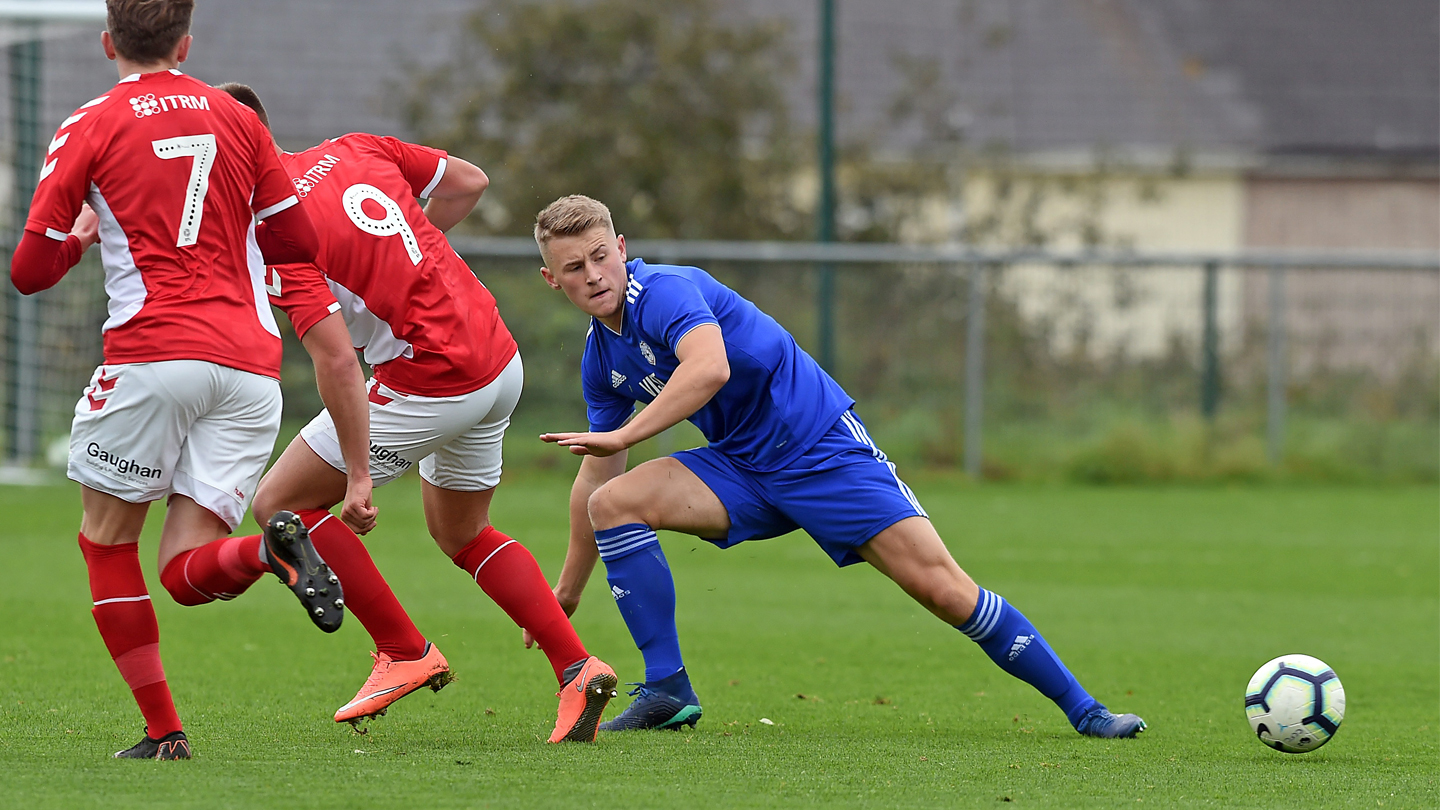 It was a competitive start at Cardiff International Sports Campus; with the visitors having the first chance of the game. Striker Callum Kealy unleashed a powerful low drive from close range but saw his effort saved superbly by the alert Matt Hall.

The Addicks continued to press and opened the scoring, with 11 minutes played. Midfielder Alfie Doughty found space inside the left of the box before firing low into the back of the net.

Jarred Harvey’s men responded with chances of their own; as City were almost level shortly before the half hour mark. From a swift counter, Laurence Wootton saw an effort deflect into the path of Ibrahim Meite, who had a low strike blocked from 10 yards.

However the determined Bluebirds deservedly found an equaliser just before the interval. Following a corner, a looping header from Paul McKay was met by Jacob Evans who prodded home at the far post to make it one-a-piece.

City began the second half brightly as Lloyd Humphries almost earned his first goal of the season. The central midfielder shot narrowly wide of the near post from 20 yards.

The Bluebirds continued to apply the pressure and notched their second goal of the afternoon, with 53 minutes played. A dangerous counter saw Meite make a rampant run on the right before he surged into the area to calmly stroke home.

With time running out the Bluebirds secured all three points with their third goal of the match. James Waite tapped home from close range after seeing his initial effort parried back into his path. The midfielder has now scored three goals in two games against the London club.

The full time whistle confirmed the win for Harvey’s men; they face Crystal Palace at home in their next league outing on Monday, 29th October 2018.