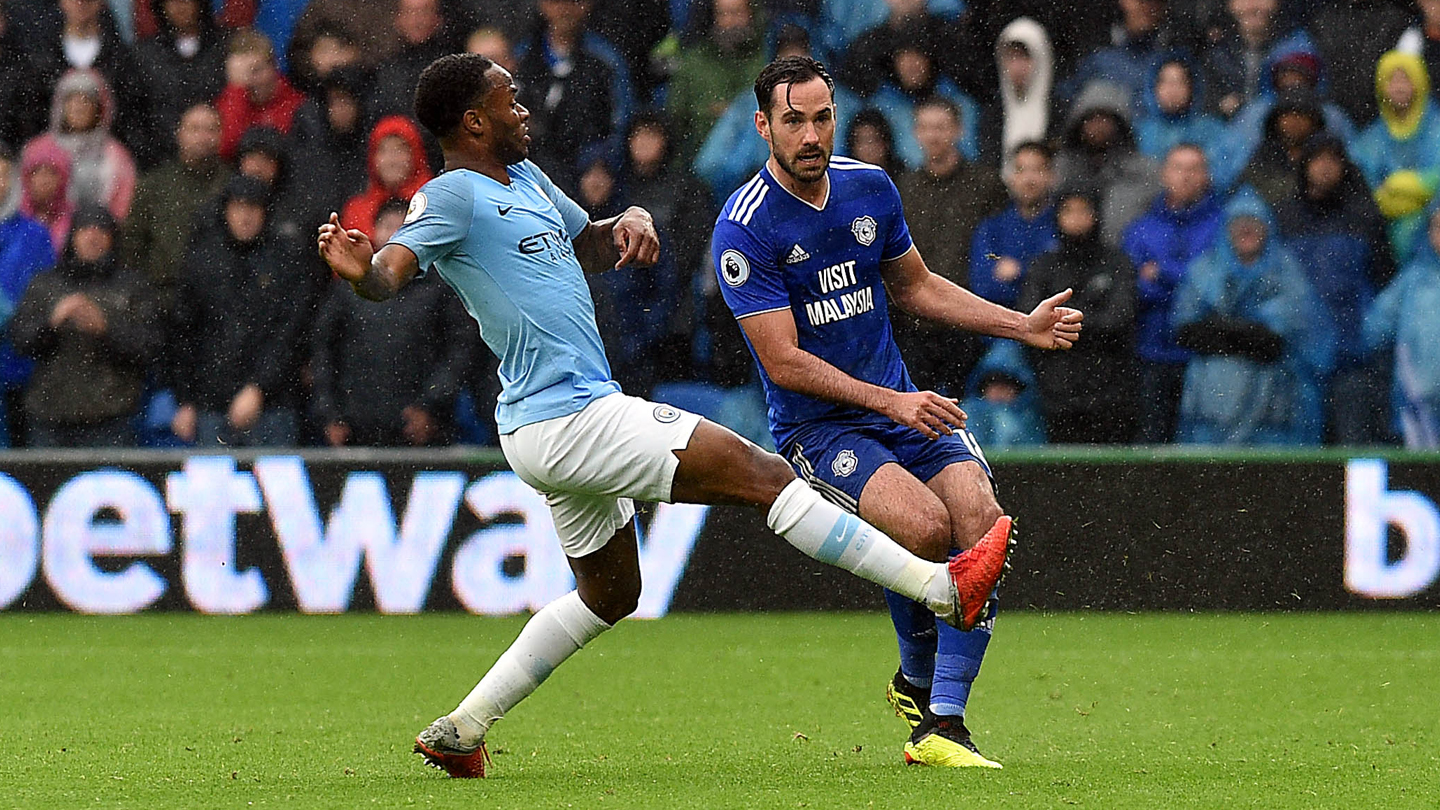 Cunningham: Next weekend will be a massive game

The full-back came into the Bluebirds side against the Citizens, to make his Premier League debut against the club at which he started his career.

“We knew it was going to be tough, especially with them losing midweek,” began the 27-year-old. “They were always going to produce a backlash and did, with a strong team of world class opposition.

“We weren’t going easy; we were trying to get in their faces as much as we could and upset them. I felt that we started really well on that front, but they then managed to turn the screw.

"We frustrated them in the first-half, but when they got the first goal, it gave them momentum. We tried to get back into the game, but against opposition like that you’re always going to find it tough."

Greg went on to turn his attention to next weekend's Premier League clash with Burnley, with City hosting the Clarets at 4pm on Sunday 30th September.

“You go into every game and try your best," he said. "And we’ll look at certain aspects of the game early next week to look towards Burnley, which will be a massive game.

"[Burnley] have had a slow start by their standards but won today, so it’s going to be a big one. We’ve got to start getting wins on the board to make CCS a fortress.

“We need to win against the teams around us and do as well as we can. We’ve just had three very tough games against teams that will be fighting for the title. Now, it’s a huge game next week to try and get a positive result."