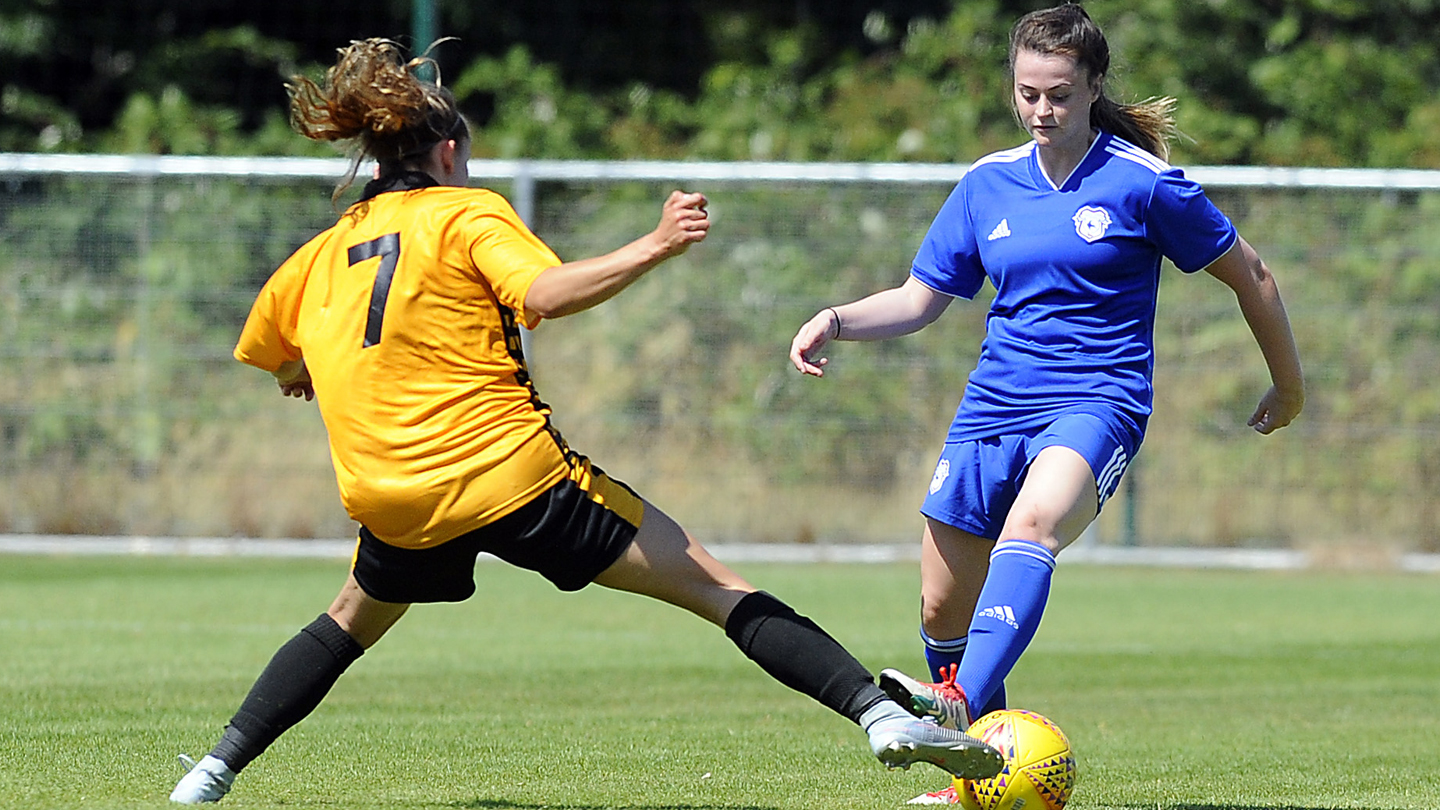 We caught up with manager Joel Hutton & full-back Montana May ahead of their second consecutive away game.

“Sunday’s game is going to be a different test,” began Joel. “We know a lot about Llandudno after facing them twice/three times in recent seasons. We’ve also bumped into them in the cup along the way. They’re a physical team and tough to break down. So we’re definitely expecting a tougher challenge to what we’ve had previously.

“I’m massively impressed with our overall performance in our last game. At half-time I wasn’t particularly happy with some of the basic things that we weren’t doing. It wasn’t to the standard that I would’ve liked. However, Iain [Darbyshire] and I spoke to the players in the changing room at half-time. The girls showed a great response and corrected those mistakes along with scoring four good goals in the process. They moved the ball around really well and obviously did well to take their chances.

“I think we need to start our next game in the same way that we began the second half of our match against Briton Ferry Llansawel. I know that the girls are capable of it because they’ve shown that during pre-season. My biggest qualm was that they couldn’t start last Sunday’s game in the way that I know they could’ve done. But we showed them tactically where they needed to improve and they did respond well. Hopefully we can keep the standards high for our next game.”

Left-back Montana May was involved in two goals against Briton Ferry Llansawel and is optimistic ahead of their next league meeting.

“I was delighted to get a goal and assist in our last game. Before the game I said that I was going to score because I don’t usually score that often. There was a bit of luck to it but I did get on the scoresheet.

“We’re all looking forward to our next match after a positive result last time out. It will be a big test and hopefully we can get a good run going. We played Llandudno in the final of a cup competition a couple of years ago and it was a tough game. I think we know what to expect this Sunday.

“The confidence levels are high at the moment. We’ve had to take a few things on board as we need to improve on some mistakes. Overall though we’re looking forward to the challenge.”