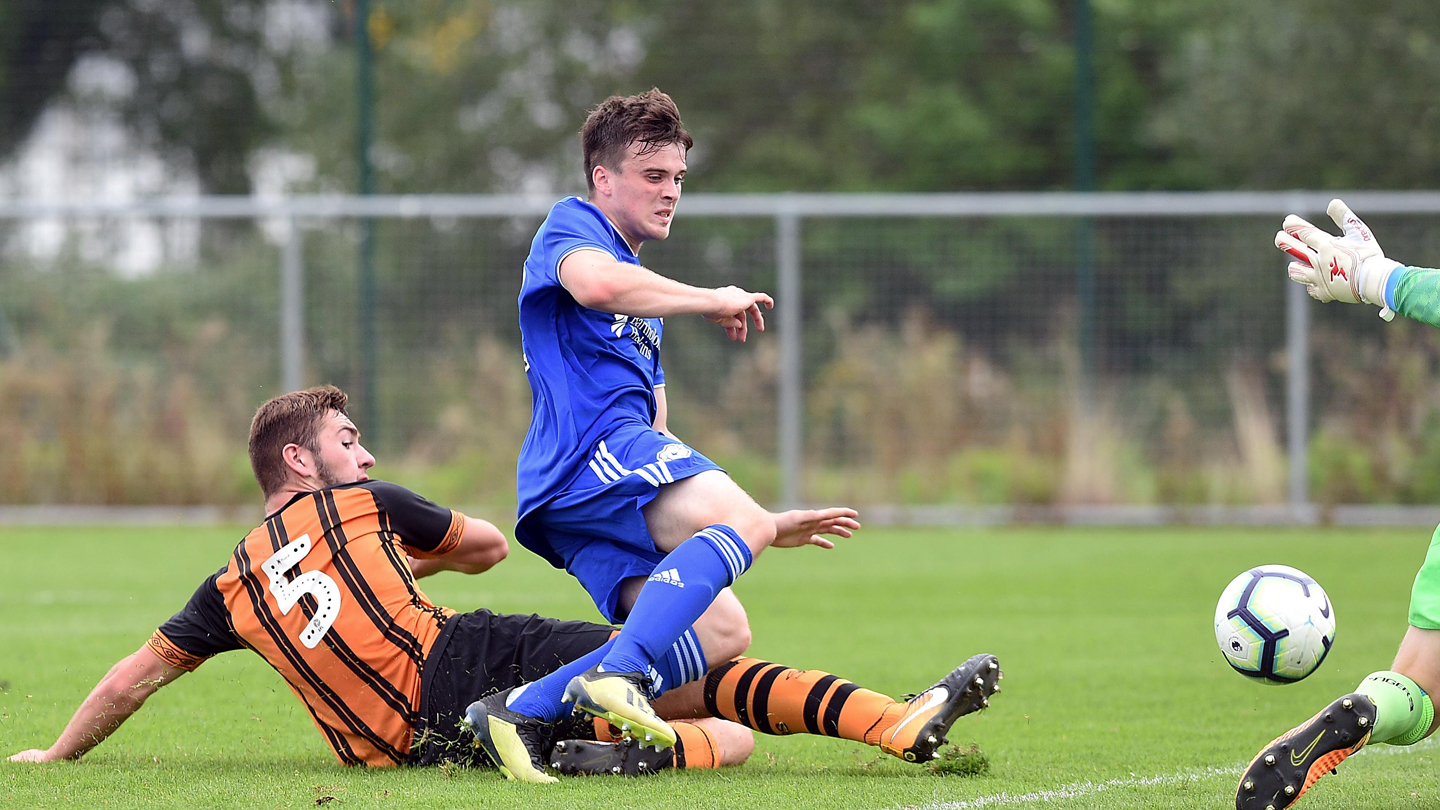 Craig Bellamy’s U18 side continued their perfect start to the 2018/19 season, with a 3-1 win against the Tigers, on Saturday, September 1st.

The hosts started the game in emphatic fashion, and it only took two minutes for the young Bluebirds to break the deadlock through central defender Jones. Spence delivered a pin-point ball with his right-foot from a corner, which found Jones in the box and he made no mistake in putting City ahead.

Cardiff City remained on top of the early proceedings looking to build upon their early opener against the visitors and twenty minutes after Jones’ goal, they were rewarded for their efforts. Joel Bagan played an excellent ball into Spence, who unleashed an outstanding strike across goal from 25 yards-out into the bottom-left corner past Hull ‘keeper Robson.

Thirteen minutes later, the Tigers tried to pull back a goal from an audacious effort. Quinn Thompson attempted a volley thirty yards from George Ratcliffe’s goal, but his strike went just over the bar.

Isaak Davies was unfortunate not to score City’s third goal after an excellent solo run in the 35th minute. The energetic forward displayed great speed to create the opportunity but his shot sailed just wide of Robson’s goal.

The young Bluebirds had one final chance before the break, through striker Daniel Griffiths – who had scored three goals in his last three games. Griffiths’ first-time effort was close to extending the young Bluebirds lead, but Robson produced a good save which meant Craig Bellamy’s side went into the break leading 2-0.

It would be the visitors who started the second-half stronger, determined to get an all-important goal which could get them back into the game. It came just five minutes into the second-half, when Dan Hawkins superbly struck the ball past a helpless Ratcliffe into the top-right corner to halve Hull City’s deficit.

Cardiff City’s Rubin Colwill was forced off with an injury after being on the receiving end of a rash tackle, which meant Ben Margetson would take his place with just over twenty-five minutes remaining.

Just a quarter of an hour into his cameo, Margetson was unfortunate not to have restored City’s two-goal advantage. The midfielder tried to curl the ball into the top-left corner from inside the Hull box, but his shot cannoned against the post and was subsequently cleared.

Daniel Griffiths managed to grab his fourth goal in as many games in stoppage time, with a well-placed looping header in the dying moments from a Sam Parsons cross, putting any chance of a last-gasp Hull City comeback to bed.