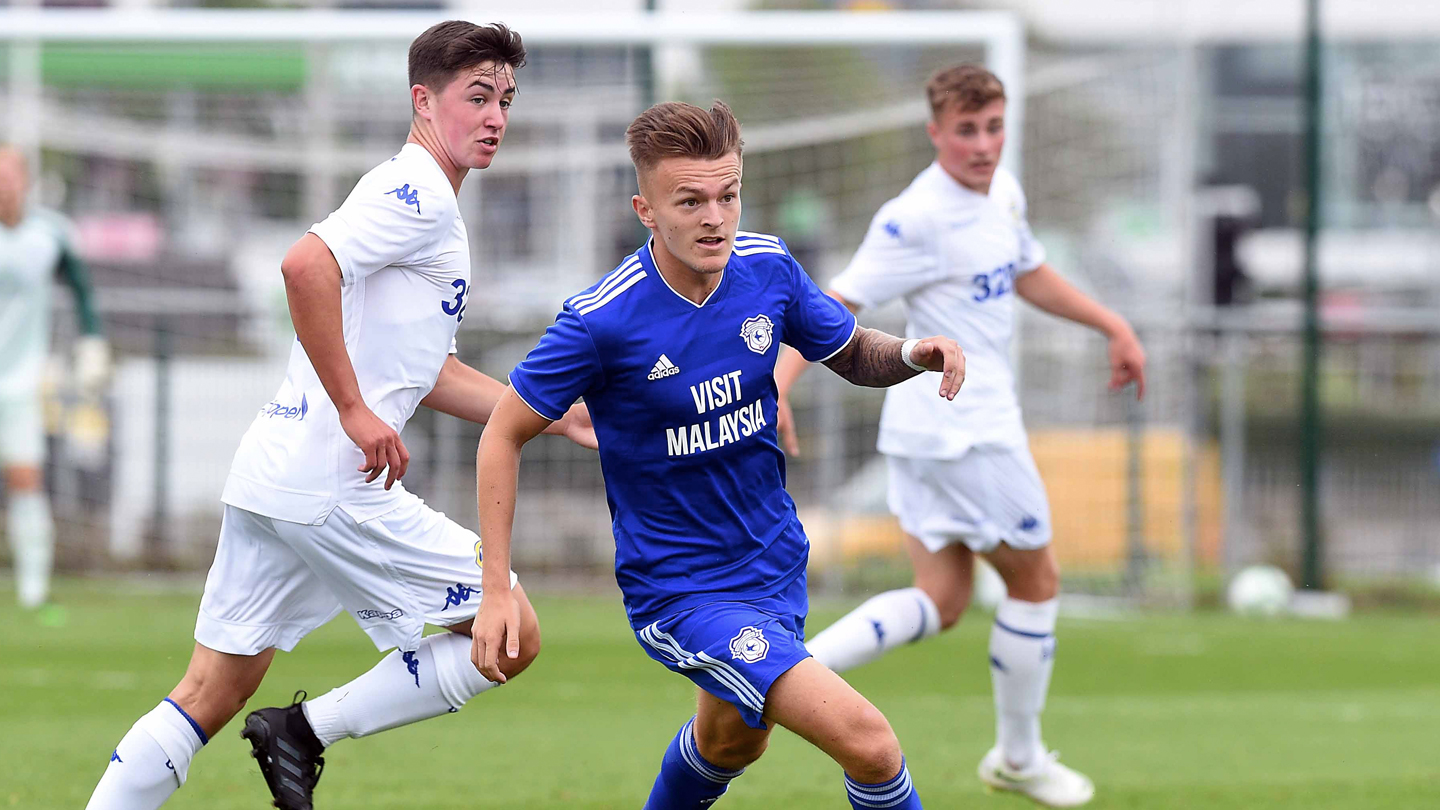 On Monday, 3rd September, Cardiff City’s U23 side narrowly lost 2-1 to Leeds United at Cardiff International Sports Campus in their fourth fixture of the 2018/19 Professional Development League Two campaign.

The Whites crafted the game’s opening clear-cut opportunity, after 18 minutes, as Jack Clarke sped through on goal. Matt Hall rushed off his line and pressurised the winger into striking astray of the left upright.

Clarke looked the dangerman to City’s defence as he came close again, five minutes later. From the right flank, the 17-year-old entered the area and paced towards the six-yard box, before Ciaron Brown’s presence forced a weak effort that Hall gathered.

After 28 minutes, the away side broke through the defensive line again, as Ryan Edmondson went one-on-one with Hall. The goalkeeper came off his line and pressurised the forward into shooting wide of the right post.

However, the hosts took the lead, after 43 minutes, through a Lee Tomlin free-kick. From the edge of the area, the 29-year-old finessed the set-piece around the wall and into the bottom, left corner.

After the interval, it took the visitors four minutes to equalise. From a free-kick in a similar position to Tomlin’s earlier goal, Clarke struck around the wall and past Hall.

City thought they’d regained their lead only to be denied by an offside flag, after 64 minutes. Mo Asiri’s spectacular overhead kick was kept out before Connolly finished and the referee ruled the goal out.

The Bluebirds looked determined and almost took a one-goal advantage, four minutes later. From the right wing, Tomlin fired a through-ball across goal and Paul McKay met it first-time before Kamil Miazek saved.

United had a goal ruled out for a foul, after 74 minutes. However, the Whites took the lead, four minutes later, from the penalty spot. Clarke stepped up and finished to Hall’s right, securing a brace.

The remainder of the affair saw two Tomlin free-kicks saved and no clear-cut opportunities arise. Despite a hard-fought performance from the Bluebirds, it was Leeds United who took home the points, securing a third victory from four games.