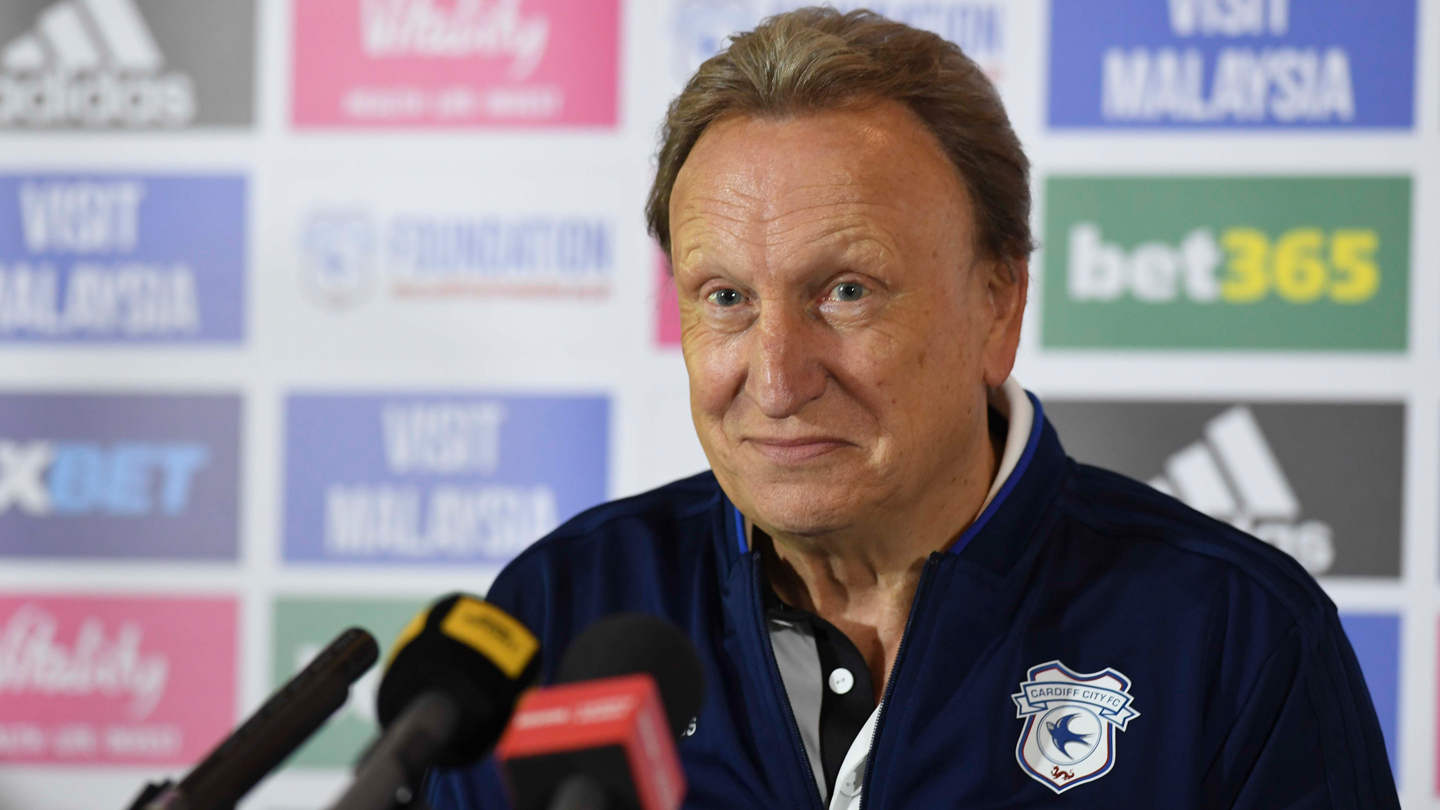 Warnock: They'll be in for a game!

The Citizens suffered a surprise Champions League defeat to Lyon on Wednesday evening, but the Gaffer began by underlining the quality that they possess in their ranks.

"The level they play at is quite fantastic,” he said. “They're all top internationals and I don't know how many of their players cost more than our entire squad, but we've earned the right to play them.

"I think they're a unique team. This is a team with everything in their locker - it's a real test for anyone.”

Neil went on to set out how he believes the Bluebirds can test the reigning Premier League champions on Saturday afternoon.

"As long as you do your best and prepare as well as possible, you can try and make a game of it,” he added. “I want to try and have a game against them without putting everyone at the back and defending for our lives.

“[Guardiola] will be more concerned with his own players, because if they play like they can, they will beat everyone in the country - not just Cardiff City.

"He'll know that, but he'll also know, with the fans behind us and the type of team we are, they'll be in for a game.”