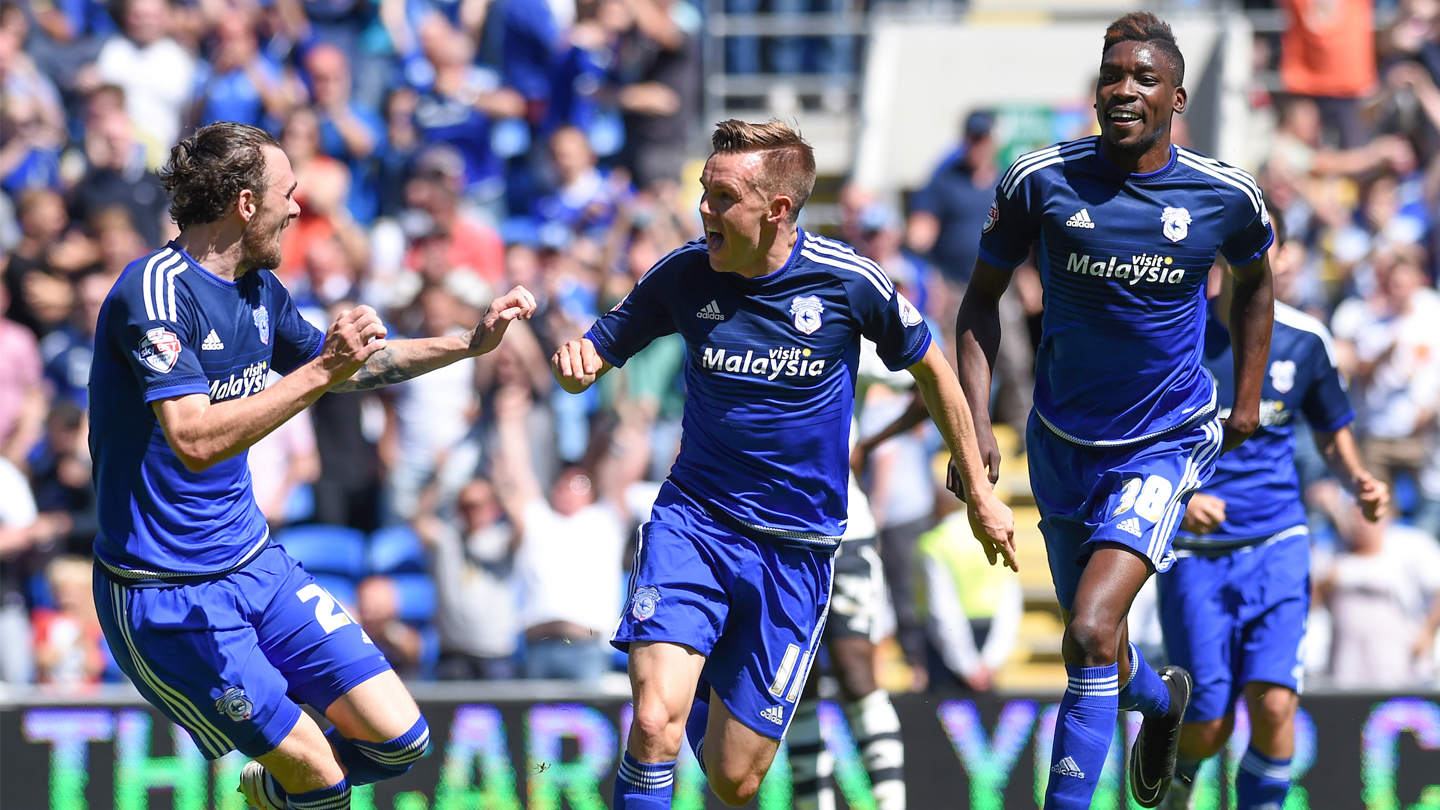 #BHACAR History | In Focus: Craig Noone

Recounting the career up to this point of the fan-favourite winger who started in non-league football...

Hailing from Kirkby, Merseyside and a roofer by trade at the time, Noone began his senior playing career at non-league side Skelmersdale United, following spells in his youth with boyhood club Liverpool and Wrexham. Soon afterwards he joined Burscough, where manager Liam Watson was so impressed by the then 20 year-old winger, that when he left Burscough for Southport in June 2008, Noone was soon to follow. When League One club Plymouth Argyle came to sign Craig for a record fee from Southport in August 2008, Watson saw that the player had further heights to climb yet, commenting at the time:

"It would be a great opportunity for him to play in the Football League, and he has the ability to do that.

"If he signs for Plymouth I'm sure he will play in the Premier League one day, because he has tons of potential."

Watson's words would ring true in the years to come, as Noone began to work towards fulfilling that potential...

Having spent two seasons with the Pilgrims in the Championship and then League One, Noone moved to play for fellow League One side Brighton & Hove Albion at the end of 2010, making his debut for the Gulls on January 3rd, 2011 in a 2-1 away victory against Exeter. His spell at Brighton was prosperous, as the club were promoted to the Championship at the end of his debut season at the Amex.

In a twist of fate, the following season Noone would go on to play against his boyhood club twice through two separate cup ties. Among his opponents in both of those matches was Liverpool captain Steven Gerrard, who Noone had previously tiled a roof for in his days as a semi-professional footballer.

Ahead of his first match against the Reds, August 2011 Noone said:

“I worked on Steven’s house doing the roof. It’ll be a bit of a difference for him, from seeing me tiling his roof to playing against him. He’ll obviously have a word and telling me how far I’ve come. Hopefully he’ll be fit. It would be great to play against him."

Signing for Cardiff City from Brighton at the beginning of the 2012/13 season, Craig became a regular in what would become a memorable season. The winger made over 30 Championship appearances for the Bluebirds, and scored seven goals. His tally that season was behind only Peter Whittingham, Aron Gunnarsson, and the also newly-signed Heiðar Helguson, who managed eight goals apiece.

The 2013-14 season set a new challenge for the then 26 year-old winger, as he prepared for playing in the top-flight, having been a regular in non-league football less than ten years earlier. Craig set about making the starting eleven in characteristic form, working hard in training in a tireless bid to improve his game. His hard work inevitably paid off towards the halfway point in the season, as Noone’s Premier League debut came in a thrilling 2-2 home draw against Manchester United, with Kim Bo Kyung scoring City’s equaliser in the ninetieth minute.

Speaking some weeks after the deserved result against United, Noone’s desire to play in the top-flight shines through in this excerpt from an interview in the official Cardiff City FC matchday programme:

“It’s been tough to get into the team sheet this year – so far I’ve been concentrating on keeping my head down and forcing my way onto the team sheet. Of course that’s started to pay off and I’ve made a few appearances recently in games that we’ve taken points from, but I always want to do more.

“When you’re not playing it can be frustrating, but you have to take a step back and take a look at your situation. If I’d have been moaning and groaning I don’t think I would have lasted long here.”

As it turned out, Craig would certainly go on to do more for the Bluebirds. He featured in 17 Premier League matches for Cardiff City in the 2013-14 season, scoring his sole top-flight goal to date, a wonderul individual strike against Manchester City.

Another highlight for Craig from that campaign came on January 4th, 2014, in an FA Cup third round tie away against Newcastle United. Coming on as a late substitute when City were 1-0 down, Noone scored from distance within a minute of coming onto the pitch. The goal sparked a resurgence from the visitors, and fellow substitute Fraizer Campbell scored the winner, turning the lead in City’s favour only seven minutes later. The victory proved historic, as it was the first time that the Bluebirds had won at St James’ Park since 1963.

Craig’s positive impact on the club was not limited to his prowess on the pitch, however. During the 2013-14 season Noone was awarded Community Champion by Cardiff City FC Foundation for his inspiring involvement in the Foundation’s futsal programme, being named Futsal Ambassador beforehand. His voluntary efforts included involving himself wholeheartedly in the project, taking part in classroom sessions before leading pupils in practical lessons. His efforts were recognised not only by Cardiff City FC Foundation, but the Professional Footballers Association also, who included Cardiff City FC Foundation’s 2014 Foundation Day as an exemplar case study of the great work that the club’s charitable arm has achieved in both local and extended communities.

In his usual humble manner, Craig downplayed his efforts at the time while being interviewed for another matchday programme, stating:

“I’ve been down to the House of Sport to help them out a few times and I’ve been in the classrooms with the young lads and girls as well. I’ve just been helping them out, and giving them ideas of what it feels like to come into football late, the way I did.”

Craig continued to be an integral part – and firm fan favourite – of the club during the years following City’s relegation to the Championship, as the winger racked up a total of 158 league appearances for the Bluebirds before moving to Bolton Wanderers in August 2017. He has made over 60 appearances for the Wanderers since then.

Having risen from non-league football to the Premier League, Craig Noone has shown what a player can do for a club both on and off the pitch, and is remembered fondly by the Bluebirds faithful for his part in helping the club soar to historic new heights.