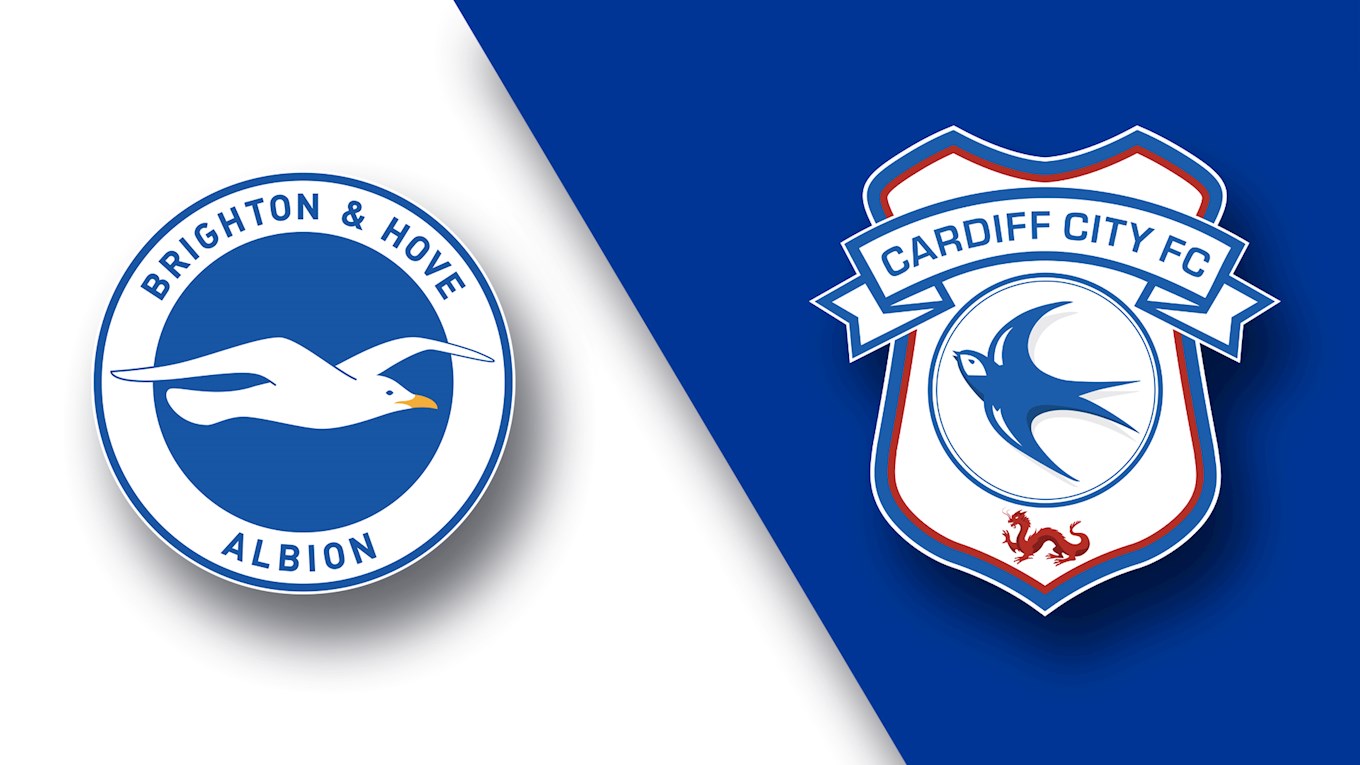 The Bluebirds travel to the Amex Stadium for their third consecutive Premier League away fixture on Tuesday, April 16th, KO 19:45.

The Seagulls welcome the Bluebirds to the south coast following three consecutive Premier League defeats – leaving them only five points clear of the relegation places. Their latter defeat came at home against Eddie Howe’s AFC Bournemouth where the Cherries ran out 5-0 winners. Brighton’s defeat at the Amex Stadium on the weekend was the first time Chris Hughton’s side had lost back-to-back Premier League home matches since promotion to the top-flight.

Despite their recent Premier League run of form, the Seagulls reached the Semi-Final stages of the Emirates FA Cup for the second time in their history this season after they defeated Millwall at the Quarter-Final stages, Neil Harris’ men losing on penalties after extra-time. Their triumph over the Lions set up a tie against Pep Guardiola’s Manchester City at Wembley Stadium where the Seagulls were narrowly beaten 1-0 by the Citizens.

Chris Hughton began life as Brighton & Hove Albion boss on New Year’s Eve, 2014 and has taken charge of over 200 matches since his arrival at the club – winning 88 times. During the Seagulls’ 2016-2017 campaign, the 60-year-old manager secured promotion to the top-flight after they finished runners-up to Championship winners Newcastle United,  guiding the club to 15th place during their first season in the Premier League.

Prior to life on the managerial front, Hughton enjoyed 13 years as a defender for Tottenham Hotspur which saw him win back-to-back FA Cup trophies in 1980-1981 and 1981-1982. During his spell at the Lilywhites, he made almost 300 appearances at the club, later going on to join West Ham United and Brentford, winning the Third Division title at the latter during the Bees’ 1991-1992 campaign.

It was the home side who fell behind after six minutes through Lewis Dunk. Solly March’s inch-perfect free-kick found the head of the centre-half who nodded home to break the deadlock.

Having established an early lead, the Seagulls failed to maintain their early advantage and the Bluebirds hit back after 28 minutes. Kadeem Harris’ deflected cross off Gaëtan Bong fell perfectly into the path of Callum Paterson, who made no mistake in netting his third Premier League goal of the season.

Moments later, the Seagulls were reduced to ten men after Dale Stephens was shown a straight red card for his poor challenge on Greg Cunningham, with the two sides going into the break on level terms.

After half-time, the Bluebirds almost got their noses in front through Harris. The winger collected the ball on the edge of the area before curling a shot which beat Mat Ryan in the Seagulls' goal, but his effort cannoned back off the crossbar.

With the game entering added-time, the visitors were finally put on the back foot as Sol Bamba netted a dramatic winner. The Seagulls failed to clear their lines, before the ball eventually fell to the centre-half who smashed home to spark jubilant celebrations at CCS.

The result ensured Neil Warnock’s 100th match in charge of the Bluebirds ended with them taking all three points.

The Seagulls’ Assistant Manager is Paul Trollope. The former Bluebirds boss managed the club 12 times in all competitions before departing the club in October 2016. He took on his present role at the Amex Stadium in November 2016.

Joe Bennett will also be familiar with our counterparts. The 29-year-old joined Brighton on a season-long-loan deal from Aston Villa during their 2014-2015 campaign and went on to make 42 appearances in all competitions for the club that season, scoring once before returning to his parent club. In August 2016, Bennett signed for the Bluebirds where he has featured 92 times in all competitions, netting 4 times since his arrival.