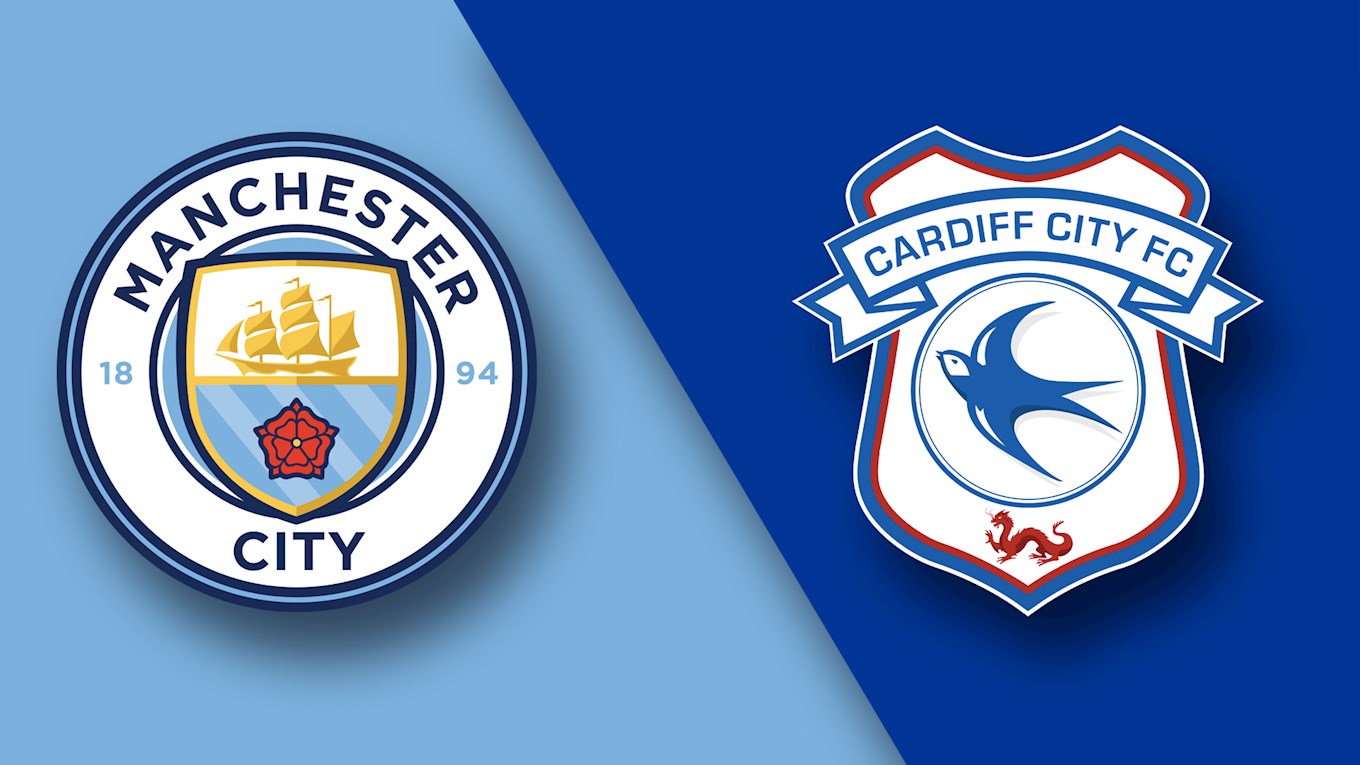 The Bluebirds travel to the Etihad Stadium on Wednesday, April 3rd. Kick-off: 7:45pm.

All away tickets will go off sale for this match at 5pm on Tuesday, April 2nd.

Pep Guardiola’s side haven’t lost since January 29th, when they fell to a surprise 2-1 defeat to Newcastle at St. James’ Park. Since that result, City have gone on to progress into the semi-finals of the FA Cup and the quarter-finals of the Champions League. So, they still have the chance to claim an unprecedented quadruple, having already won the Carabao Cup in February.

However, the reigning Premier League champions dropped into second place in the league standings following Liverpool’s 2-1 victory over Tottenham Hotspur. The Citizens still have a game in hand over the Reds and are only two points behind Jürgen Klopp’s team.

City would record their biggest win in their Champions League history earlier this month, beating FC Schalke 04 in a 7-0 victory at the Etihad Stadium, and claiming a 10-2 victory on aggregate against Die Königsblauen.

The hosts have already lifted one trophy this season, winning the Carabao Cup for the second consecutive season, beating Chelsea 4-3 on penalties. It was the sixth time that the Sky Blues had lifted the trophy, making them the second most successful side in the competition, behind Liverpool, who have won the cup eight times.

Sergio Agüero is currently Manchester City's top goal scorer, having registered 29 goals in all competitions this season. Agüero recently became only the sixth player to register 200 goal involvements in Premier League history, after his side produced a phenomenal performance against Chelsea to claim a 6-0 victory. The forward also became his side’s leading all time-scorer of league goals earlier this season, overtaking Tommy Johnson.

The Citizens are managed by Pep Guardiola, who is in his third season at the club. The current Premier League champions set multiple records last season under Guardiola, becoming the first team in Premier League history to collect a hundred points, whilst also setting the record for most wins (32) and most goals (106).

Guardiola’s playing career was largely spent at Barcelona, where the City manager would lift the European Cup in 1992, also winning four league titles between 1991-1994. On the international stage, ‘Pep’, would appear 47 times for the Spanish national team, winning an Olympic gold medal in 1992, in Barcelona.

Following his retirement, Guardiola took his first job in management at Barcelona B in 2007 and went on to gain promotion into the Segunda Division B, after winning the play-offs. The 48-year-old’s stint at Barcelona’s B side would be short, as he was appointed manager of the first-team in 2008. He would remain at the club until 2012, winning three league titles, two Copa Del Rey’s and would also claim two Champions League titles in 2009 and 2011 respectively.

The Bluebirds registered their first ever Premier League win against Manchester City at Cardiff City Stadium on August 25th, 2013.

Manchester City went ahead through Edin Džeko’s 52nd minute goal, after a deft backheel from Sergio Agüero gave the Bosnian forward the opportunity to fire past David Marshall from 30 yards out. City responded positively to falling behind and found themselves level just eight minutes later. Aron Gunnarsson pounced on a loose ball in the box, firing past the helpless Joe Hart from close-range.

Fraizer Campbell scored a brace to put the Bluebirds 3-1 up in the 87th minute, before Álvaro Negredo found a late goal to give his side hope. It wouldn’t be enough, as Cardiff City claimed a famous victory in their first Premier League home match.

Cardiff City currently have two first-team players who started their professional careers at the Sky Blues. Goalkeeper Brian Murphy began his career in Manchester in 2000. The shot-stopper didn’t make a senior appearance for the side, with Murphy competing with David Seaman, Nicky Weaver and Carlo Nash in the pecking order at City.

Full-Back Greg Cunningham is the second current Bluebird to have started his professional career with Manchester City. The defender made two Premier League appearances in 2009/10, before moving to Bristol City in 2012, having spent loan spells at Leicester City and Nottingham Forest.

Robbie Fowler is another name to have played for the Bluebirds and Citizens. The England-born striker scored 28 goals in 92 games for them between 2002-06. His spell with the Bluebirds in 2007-08 saw him appear 16 times, adding six goals to his career tally.