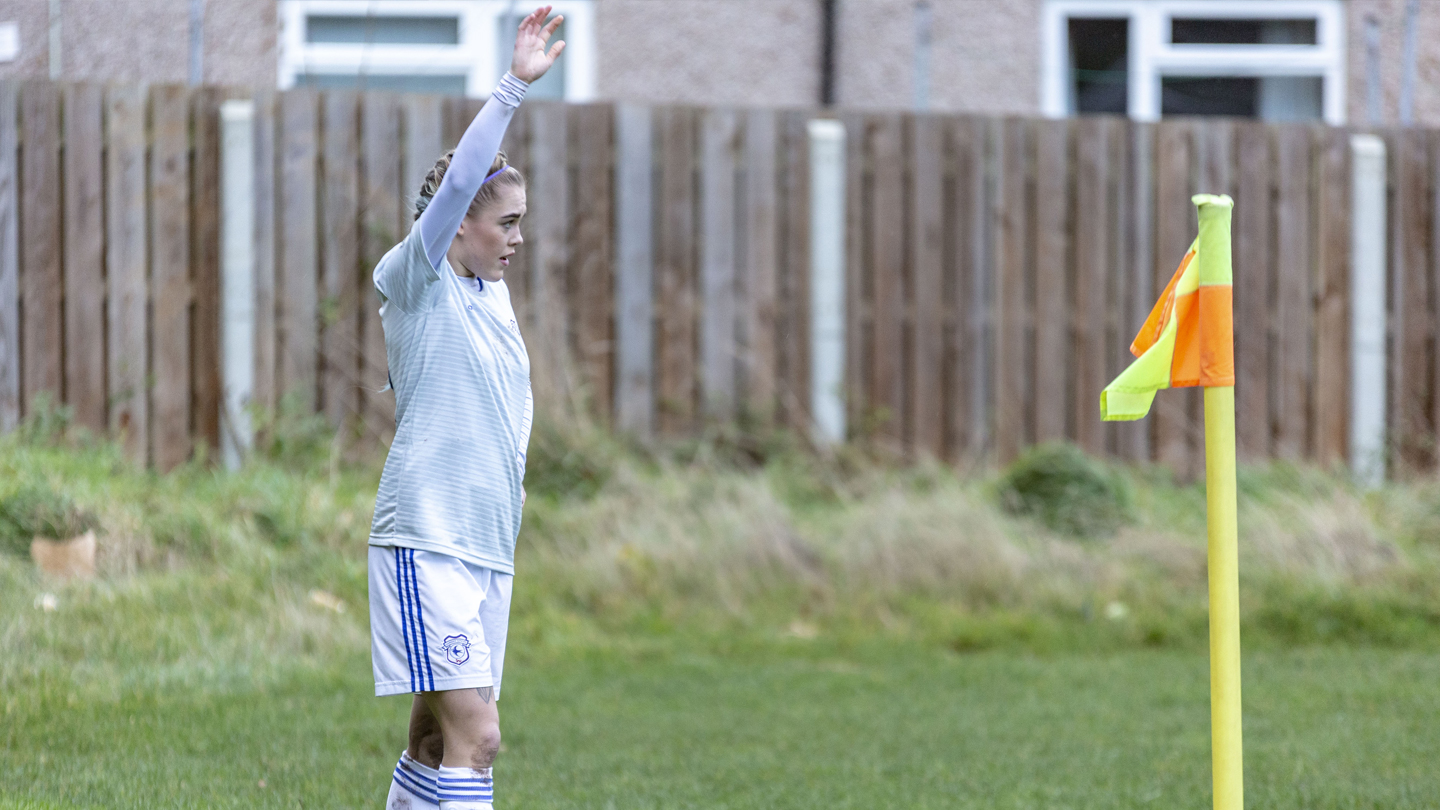 The Bluebirds dominated proceedings and Alana Murphy’s goal just before the break proved enough to seal a second consecutive victory away from home.

Joel Hutton made two changes to the side that defeated Cyncoed Ladies 4-1 last time out, as Siobhan Walsh and Zoe Atkins entered the starting XI.

The game’s first opportunity went the way of the hosts with eight minutes gone, as forward Jessica Denscombe sped through on goal, but she fired over the crossbar.

City responded by coming close five minutes later through captain Siobhan Walsh and then squad top scorer Murphy. Kanisha-Mae Underdown’s corner from the left was curled on target by the centre-back, although it was blocked and Murphy’s rebound went astray of the left upright.

That opportunity led to Cardiff City becoming dominant and on the half-hour mark midfielder Danielle Broadhurst looked to break the deadlock, however her shot from an acute angle travelled wide. Three minutes later, left-back Emily Griffiths’ dangerous long-throw allowed striker Catherine Walsh to head on target, the 24-year-old’s attempt being kept out by goalkeeper Vicky Beddows.

The Bluebirds’ constant attacking pressure forced the home defence to finally crack with two minutes of the opening 45 remaining. Murphy paced away from former Cardiff Met player Lucy Brown, before finishing past Vicky Beddows and into the bottom left corner to seal her 15th goal of the campaign.

After the interval, it took the hosts two minutes to attempt to level, as forward Laura-May Walkley’s ambitious effort from range flew wide. City responded with attacking intent and shortly after, 22-year-old Underdown attempted from range, but the ball went agonisingly over the crossbar.

The visitors’ next opportunity came after 64 minutes, as Murphy utilised fantastic footwork inside the area to catch a glimpse of goal, although her shot was kept out by Vicky Beddows. One minute later, the threatening Murphy slotted the ball behind the defence to send Catherine Walsh through, but her attempt went wide. Afterwards Underdown ambitiously attempted from a long-range free-kick that was saved.

Port Talbot Town searched for a late leveller and came close when Brown’s effort from the edge of the area was dealt with by goalkeeper Ceryn Chamberlain, after 77 minutes. Five minutes later, full-back Carys Davies attempted from a distanced free-kick, but Chamberlain comfortably gathered.

The final chance went the way of Cardiff City with two minutes of the 90 remaining, when Murphy was denied another by Vicky Beddows and three minutes later, Walkley saw red following a second yellow card, reducing the hosts to ten players for the short remainder.

The Bluebirds went on to seal all three points following a dominant attacking display and continue to hold second place in the WPWL standings.