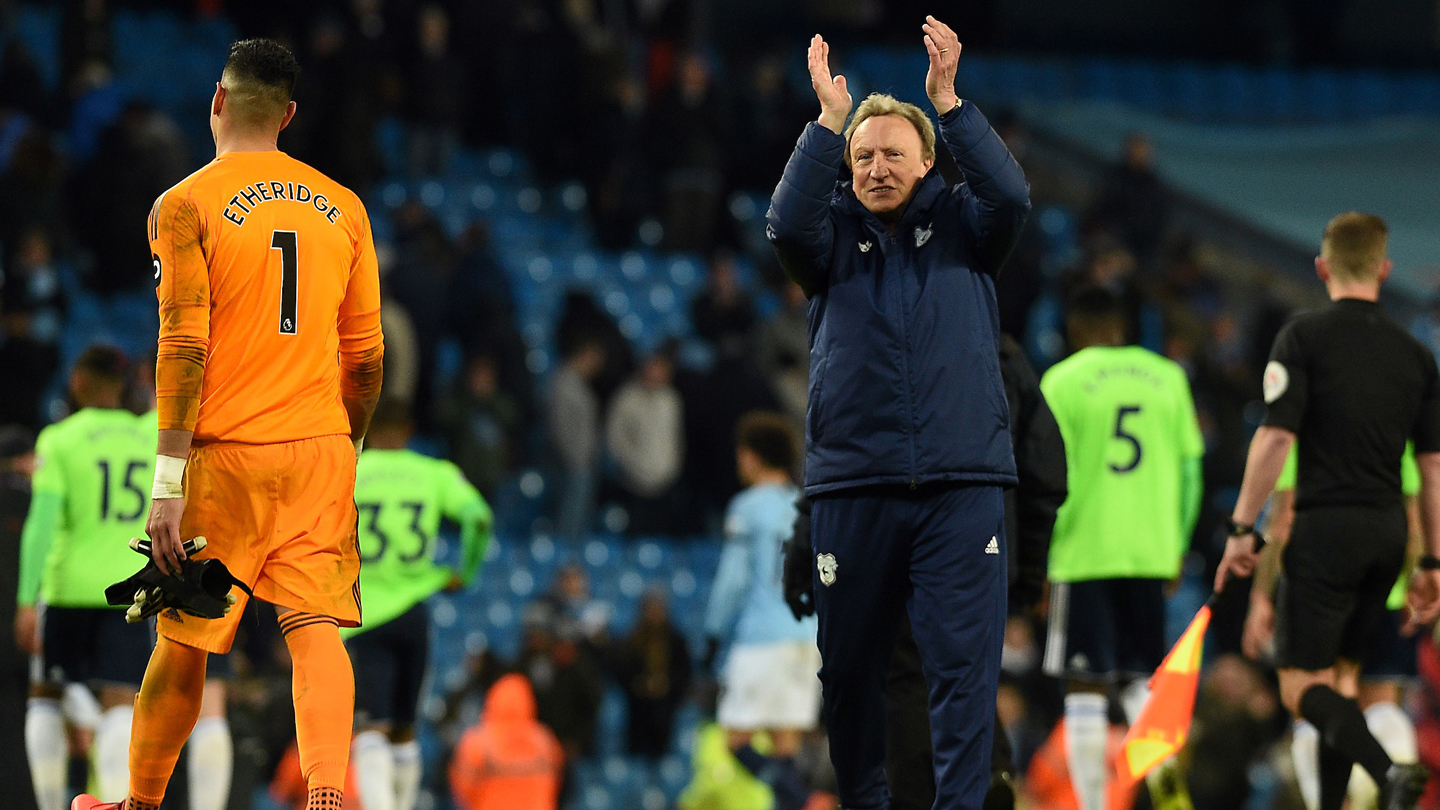 Warnock: I'm proud of the team

“I’m proud of the team tonight,” began Neil following the final whistle. “The defence were superb in the second half, which was great to see against a quality team like Manchester City.

“We were unlucky to go down early from a freak goal. I asked Kevin De Bruyne after the match if he meant it and he said he didn’t – he’d meant to cross it. Neil [Etheridge] made up for it by making some great saves throughout the game after that.

“I read that some teams haven’t had a shot against them, but it would have been interesting if we’d scored late on to put a bit of pressure on.

“We wanted to try and attack when we could, but it’s difficult against a team like that. I’ve never seen anything like their quality since I’ve been a manager.”

The Gaffer went on to express how hard the squad worked in training in the lead-up to the game, before looking ahead at the Bluebirds' final six fixtures.

“Everybody really wanted to play and there were three or four that came to me and expressed that," he continued. "They all worked hard in training and we had to put a strong side out.

“Everybody should be alright for Burnley. We have six games now, and I think there are possibilities to get a result in every game, including the tough ones."