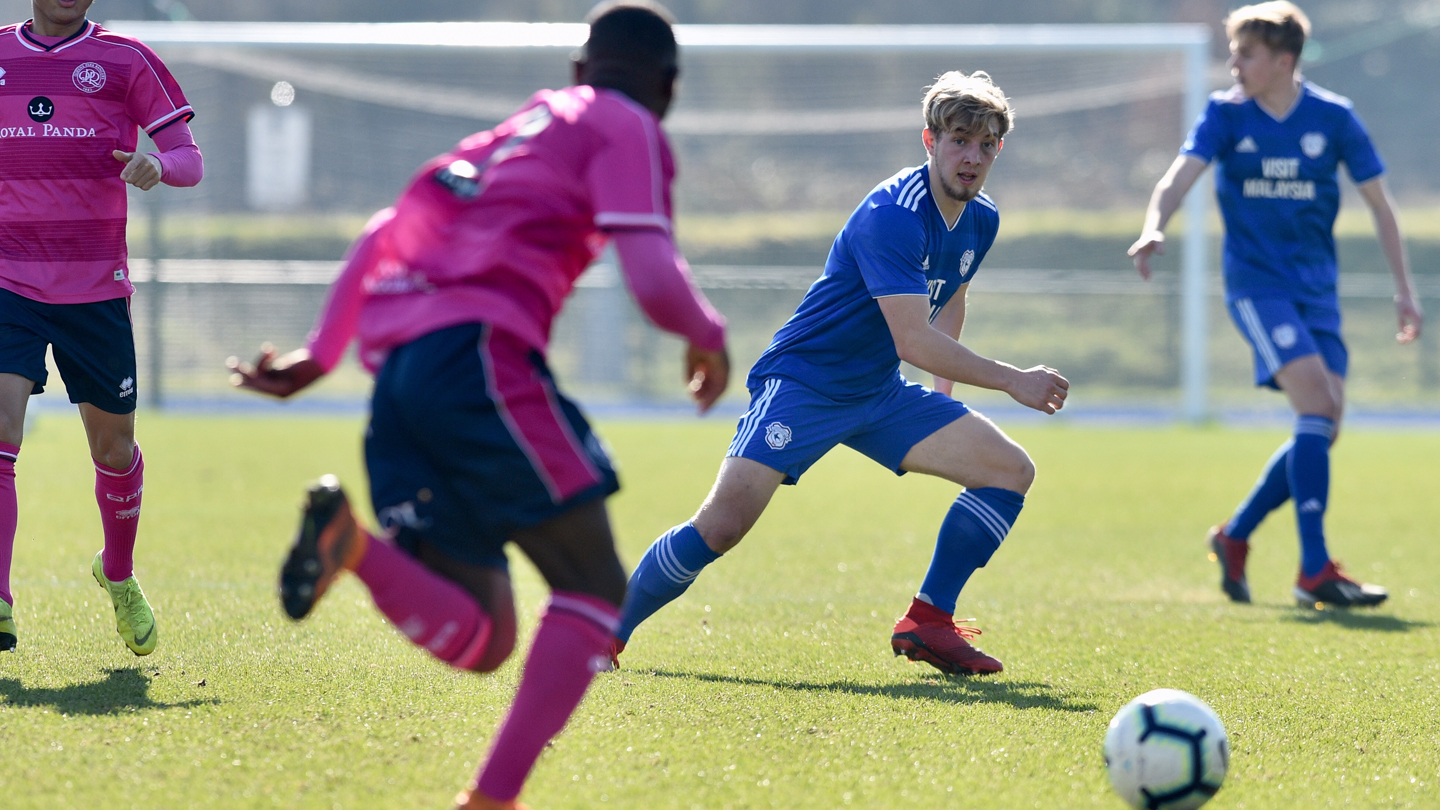 Goals from Sion Spence, Danny Williams and Dan Griffiths secure a comfortable victory for Cardiff City’s U23 side.

Ahead of the 1pm clash on Monday afternoon, the hosts named two changes to the side which defeated Millwall last time out. Warren Burwood and Sion Spence both returned to the starting XI.

It was a fairly competitive start at Cardiff International Sports Campus. However it was the Bluebirds who had the first opportunity, with 15 minutes played. An alert Spence expertly won possession just outside the area before seeing his powerful effort deflect wide.

City continued to test the R’s as the match approached the half hour mark. Defender Joel Bagan headed just over from a corner as the game remained goalless.

The Bluebirds, who were now on the front-foot, thought they were about to take a deserved lead through Ryan Pryce, after 34 minutes. The full-back volleyed narrowly wide of the near post after connecting superbly to Laurence Wootton’s well-weighted delivery from the far left.

After struggling to find a clinical touch in the first half, the Bluebirds certainly made up for it with two goals in two minutes. Firstly, Spence saw an effort fumbled by the ‘keeper towards goal with Danny Williams touching the ball just after it crossed the goal-line.

However there were no doubts of the scorer when Williams earned his goal with 53 minutes played. Stuart O’Keefe floated a cross into the back-post which was met by Trystan Jones who set up the former Haverfordwest striker to tap home.

Williams almost added another goal moments later. The forward latched onto a through pass but fired over from an acute angle inside the penalty area.

The Bluebirds made it 3-0 as the game entered the final ten minutes. O’Keefe surged forward before slicing a pass forward to the on-running Dan Griffiths. The striker kept his composure to place the ball into the bottom far corner.

The full-time whistle confirmed back-to-back wins for Cardiff City’s U23 side.