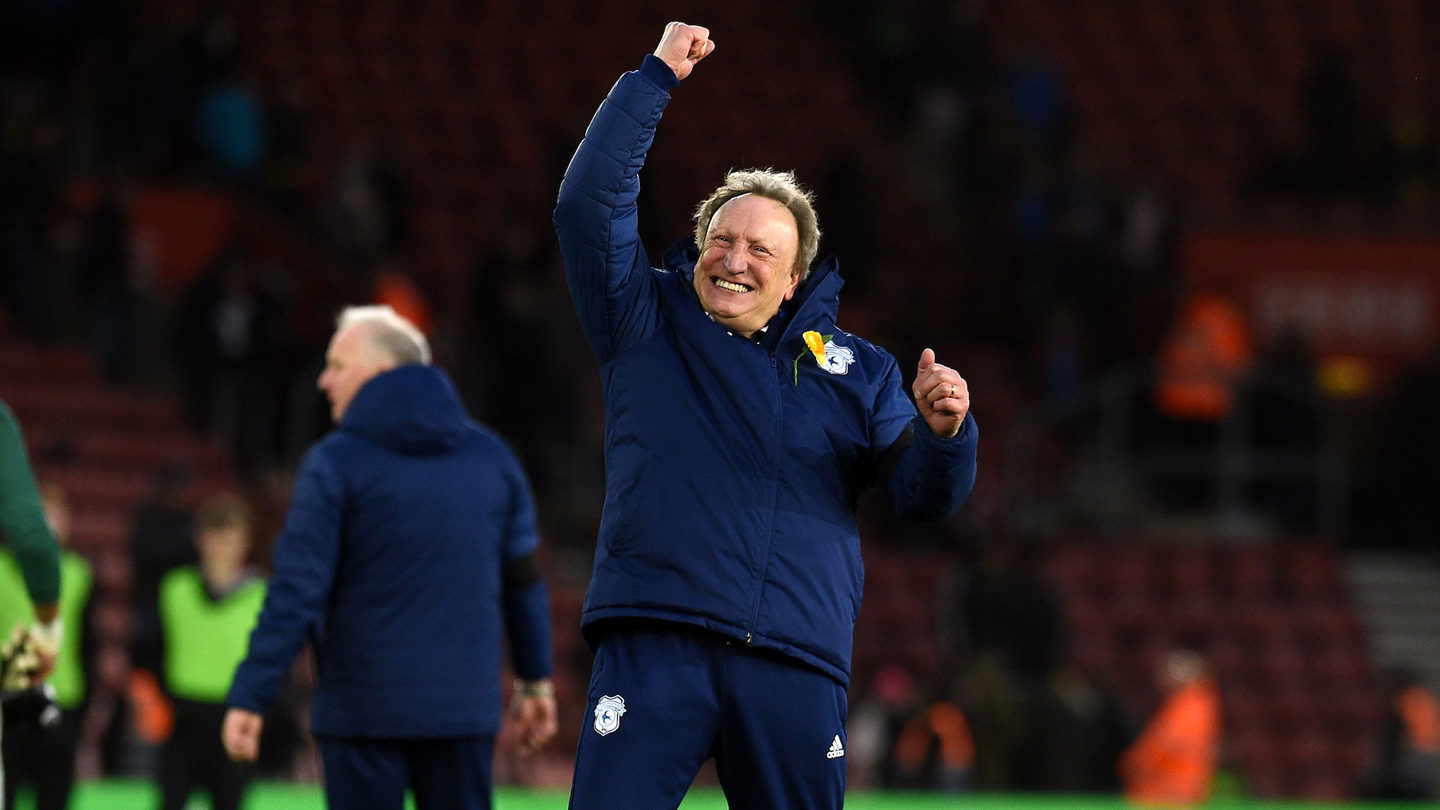 Warnock: We were determined today

Neil Warnock spoke at St Mary’s Stadium, after the Bluebirds recorded their second away win - and a first double - of the 2018/19 campaign.

The Gaffer began by reflecting on how his side have responded at such a difficult time.

“In the three games since the tragedy, we’ve been superb really,” he said. “Emiliano was a fabulous lad, when I met him, and I think it’s appropriate that we came here today with the black armbands on and put in a performance like that.

“We could have quite easily folded but we were determined today. Whilst we’re limited, you can’t question the character and what they’ve got under their shirts, my lads - they’ve got bags of heart.”

The City boss went on to mention the City support, who cheered their men to dramatic victory from a packed-out away end on the south coast.

“I’ve never been loved as much as I am here and I feel like I’m giving back what I’m getting: a chance.

“That’s all they want, our lot - a chance - and we’ve always got a chance in all of our games.

"We keep surprising people, but the people we don't surprise are me and the fans. There's not going to be a better set of fans this season - I've never heard anything like it."

More reaction from City’s win at Southampton to follow on Cardiff City TV!