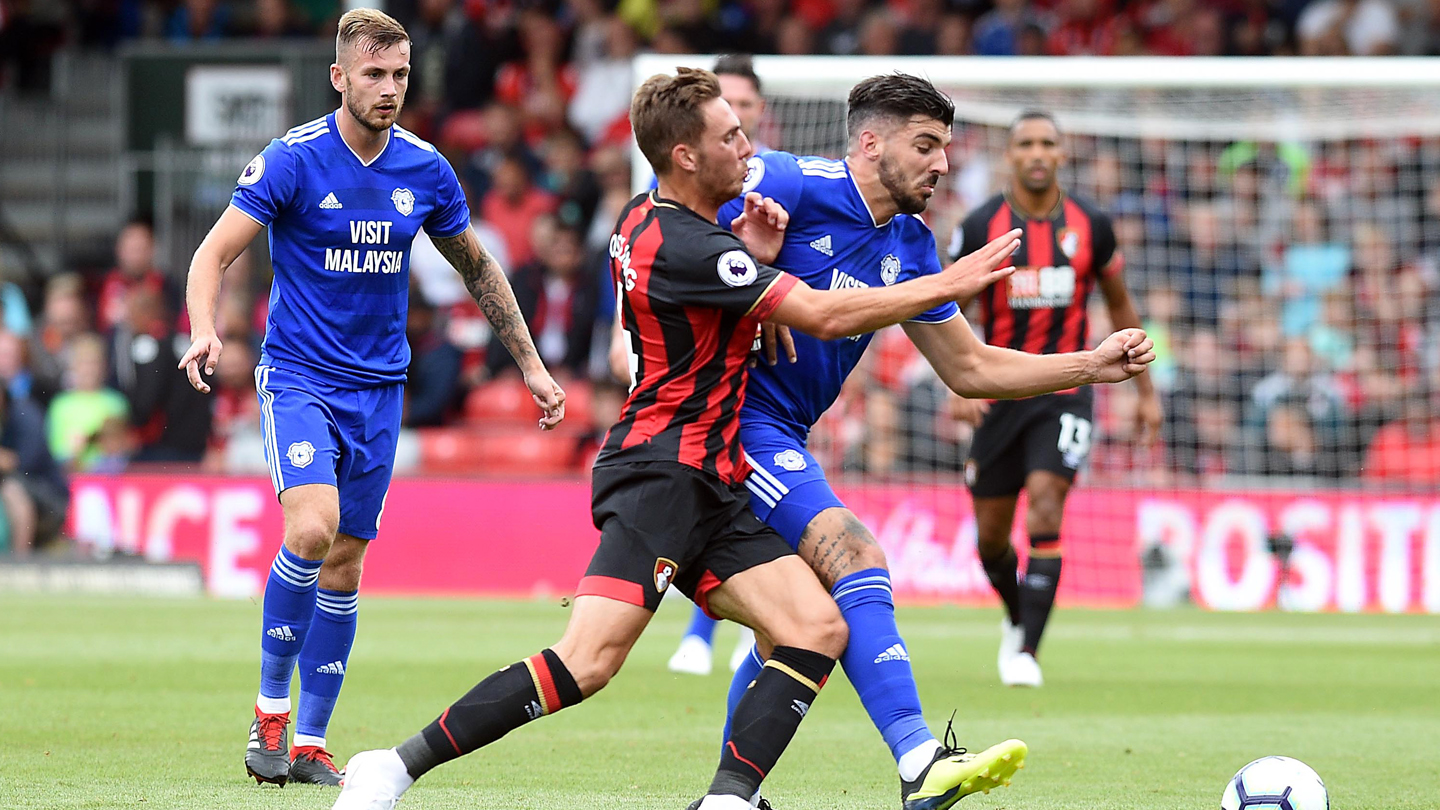 In our new feature, we take a deep dive into the history of our opponents, and our previous encounters with them. This week, we take a look at AFC Bournemouth.

AFC Bournemouth’s history began in 1899, when the club was formed under the name of Boscombe FC. Initially the club limited their appearances on the pitch to Junior leagues and cups, and kept their home grounds small, playing at Pokesdown and in King’s Park, Bournemouth. Their advancement to senior football came some years later, in the 1905-06 season.

The land upon which the club’s home ground now stands was granted to them in 1910 by local businessman J.E. Cooper-Dean, after whom the ground is now named. Dean Court (known currently as Vitality Stadium) has been the home of AFC Bournemouth since then, and after being refurbished in 2001 now has a capacity of 11,360.

Over the following 15 years, the club went on to make FA Cup appearances, and found success in the Southern League. Their nickname – the Cherries – most likely comes from the red jerseys that they played in. Having changed their name to Bournemouth and Boscombe Athletic FC, in 1923 the club was elected to the Football League Third Division. The club changed their name to AFC Bournemouth in 1972 under manager John Bond.

Early on in both clubs’ history, Cardiff City and AFC Bournemouth (then known as Bournemouth & Boscombe Athletic) competed in the Football League Third Division South. Over the course of eight seasons between 1931-1939, the two clubs typically finished mid-table and within a few positions of each other. During this period, Cardiff City won eight of the fixtures, Bournemouth won four, and the remaining four matches were drawn.

The beginning of the Second World War brought a halt to the 1939-40 season with only three games apiece played, without the two sides playing each other. Following the war the Football League resumed for the 1946-47 season, in which the Bluebirds won their division, earning promotion to the Second Division.

Joining Cardiff City from Stoke City in January 2014, striker Kenwyne Jones made an immediate impact in the Bluebirds’ attempt to remain in the Premier League. Jones, who had plenty of previous experience playing in the Premier League, scored his debut goal for City in a 2-1 victory over Norwich City. His goalscoring form improved for the Bluebirds in his second season, where he netted 11 times in 34 league appearances, and was subsequently loaned out to Championship league leaders AFC Bournemouth, in late March.

The Trinidadian made six appearances for the Cherries during his time at Dean Court, and scored in a 1-1 draw against Ipswich Town, before returning to Cardiff City. Having made an additional 19 appearances at CCS, Jones later joined UAE-based club Al Jazira on loan, before being signed by Atlanta United in July 2016 for their inaugural MLS season in 2017.

Internationally, Kenwyne Kones’ efforts for Trinidad and Tobago have made him both the sixth highest capped and top scoring player to have represented the country. Between 2003-2017, Jones made 91 appearances and scored 23 goals for his country, and in 2007 was named Trinidad and Tobago Football Federation’s Player of the Year.